Disaster Recovery for Genealogy: “Think About the Things That Matter Most”

Damage reports are surfacing in the aftermath of Hurricane Harvey. Today we discuss how two Texas library collections have fared, and disaster recovery strategies for genealogy researchers. I’ve got a fantastic get-started video tip for those trying to rescue documents, photos, and other family heirlooms–and the two steps everyone should take to protect their priceless genealogical collections. 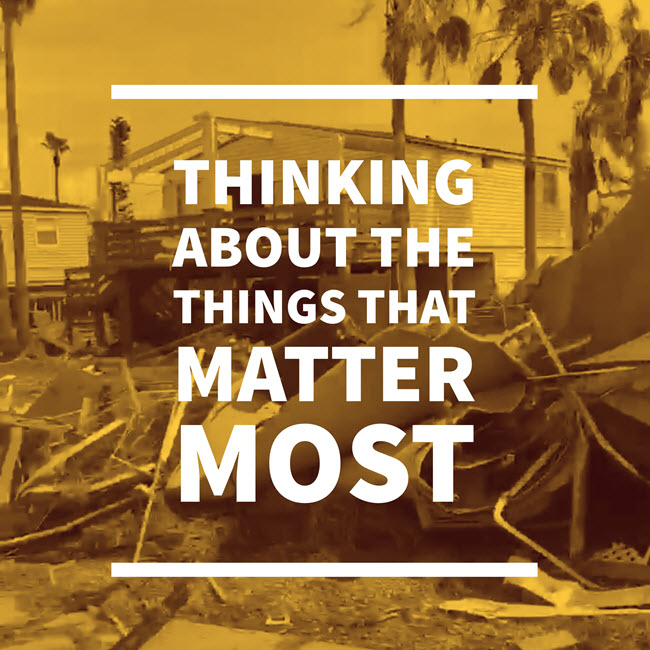 My heart goes out to those who have been in the paths of Hurricanes Harvey and Irma recently. Knowing I live in Texas, many of you have asked how my family is doing. I’m happy to report that the storms didn’t reach those of us here north of Dallas. However, our daughter Hannah and her husband, while thankfully safe after evacuating from their home on the Texas shore, suffered the loss of their car and other possessions, and Hannah’s workplace was destroyed. They are now part of the relief and recovery efforts, and look forward to when they will be able to return to their home, which is currently uninhabitable. We feel very blessed that they are safe and sound, and our prayers go out to all who suffered losses. 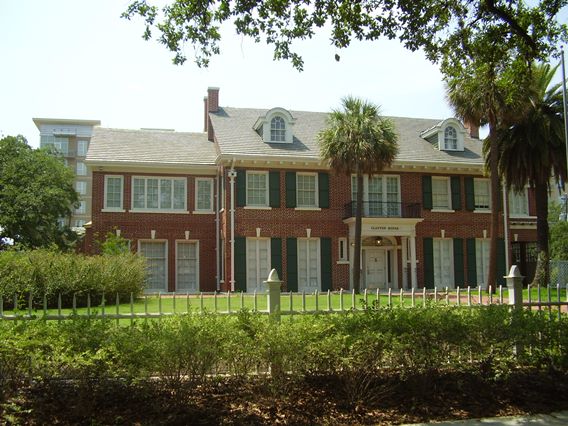 As lives are secured and order begins to be restored in devastated areas, I’ve wondered how various genealogy libraries and archives have fared. Genealogy Gems listener Chris emailed me with an alert that the Clayton Library Center for Genealogical Research in Houston, Texas has suffered some damage. “So sad for genies!” she writes. Indeed! The Clayton is one of the top public library genealogy research centers in the United States.

Not wanting to disturb their recovery efforts with a phone inquiry, I’ve turned to Google searching and social media for a status report. The Houston Public Library Foundation states that the Clayton is among one of 10 library locations that are “unable to open due to various building damages.” The Clayton Library Friends Facebook page offers more specifics–and this hopeful report:

Clayton Library did suffer some water damage but it was not really that bad. They just need to decide how best to proceed since they were planning on doing renovations soon anyway.”

CityofHouston.news tells us what Clayton staff may be doing at other library branches: “The services and resources that are available at your library system include free access to WiFi and computers, one-on-one assistance with filling out applications and forms, and access to the expertise of library archivists who can assist you in preserving and saving precious family memorabilia such as books, letters and photographs that may have been damaged in the storm.”

Chris’ email encourages us to support the recovery effort for Houston’s libraries through the Houston Public Library Foundation: here’s the link she sent to their donation portal.

Down on the coast, another library system wasn’t so fortunate. The Port Arthur Library will remain closed for months, reports the Port Arthur News. “The Port Arthur Public Library was one of many buildings hit hard by Harvey,” states an article by L.V. Salinas. “It sustained flood damage and the subsequent mold issue inundated buildings often face afterward. It also sustained substantial damage and loss of property of its books, computer equipment, archives and more.”

Crews are working to clean up and preserve what they can. High priority is being given to their historical and genealogical resources: “One of the costlier processes was the freeze-drying of irreplaceable items like genealogy records, microfilm, Port Arthur historical photos and collections. The intent, as performed by companies contracted by the city, was to prevent any further damage from taking place, kill the bacteria that’s present and preserve the items long enough for a transference of information by experts.”

The Port Arthur History Collection is proudly described on the library website; it includes a collection of historic photos that were lovingly organized by volunteers and placed in archival-quality storage. “It’s one of our highest buy testosterone medication priorities,” states a library official in the article. “It’s time sensitive, and it has to happen now….We have to preserve it now.”

As genealogists, we to have our personal and precious libraries and archives. We build trees in software–some of us spending hundreds or thousands of hours on them. We may have files, books, and other research materials. Many of us are family archivists: the stewards of priceless original family documents, photos, and other artifacts. Here’s some level-headed counsel for after a disaster strikes–and here’s what the rest of us should be doing now, before another disaster.

After a Disaster: Take It One Step at a Time

If you’ve been affected by a recent disaster, I’d like to share this fantastic, level-headed advice from Rennee Tallent, Galveston Historical Foundation’s Manager of Historic Collections (Galveston, Texas was hit by a hurricane in 1900–the “deadliest natural disaster in American history”):

I love her compassionate advice:

“Walking into [your home after a disaster] is very overwhelming. Try to take a deep breath and think about the things that matter most to you and what your priorities are. Take it one piece at a time: after you’ve finished that one, move on to the next.” -Rennee Tallent, Galveston Historical Foundation’s Manager of Historic Collections

Start your recovery efforts with whatever matters most to you, Renee says. But she reminds us that certain items are more vulnerable to destruction than others, so try to also focus on things made out of paper and photographs, then cloth, then wood. Leave your china, silver, and glassware until these other items have been stabilized.

Before Disaster Strikes: Digitize and Back It Up!

If a disaster strikes, most of us won’t have the time to grab all our genealogy research files, photographs, and other precious heirlooms. But many of these items are one-of-a-kind–unless we make them two-or-more-of-a-kind!

As family archivists, we can best preserve our past by:

For a few dollars a month, a cloud-based backup service will continually back up your computer files to a remote server. In the event of any loss (including a computer crash), you can download them again. Having a digitized version of those original Civil War letters or photos isn’t quite the same as the real thing–but it’s so much better than having them disappear entirely. And if you’re like me, your computer doesn’t just house your photos and research files. It may have hundreds or even thousands of work files, personal files, music, or video files and more.

I use Backblaze for my personal computer and to back up thousands of Genealogy Gems audio, video, and other files. Backblaze is made for everyday consumers: it’s affordable and easy to use. Do your research yourself and choose the best cloud-based backup for you (click here to read the 8 features you should be watching for).

Our Service “Happiness” Manager, Lacey, experienced first hand the benefits of having her computer backed up:

Right after our Genealogy Gems seminar in Dallas in early August, I came home, sat down to work, and discovered my laptop had died. I tried everything I could find to get it going again (thanks to Google search results) but it couldn’t be revived. Thankfully, I had both Backblaze and Dropbox installed on my computer, and I didn’t lose any files at all. I was able to get everything back! Even my Google account saved all of my settings and bookmarks for my Chrome browser, so when I got my new computer, just about everything was restored as though nothing had happened. I was SO RELIEVED! Planning ahead really paid off!

(If you decide to go with my favorite, Backblaze, thanks for clicking here to purchase it. The modest commission we receive supports the free information I provide on this website and the Genealogy Gems podcast.)

My sincere wishes for the safety of your families–and your family history.

Premium Podcast Episodes As a Genealogy Gems Premium Member you have access to the entire back catalog of Premium Episodes! Of course, things do change over time, so occasionally you’ll hear about something that is no longer around (like the Premium Message...

Colonial ancestors pose a unique challenge to the genealogist in that they often appear in many online family trees, but those trees frequently lack sufficient documentation. Eliminating the purely speculative and identifying verified relationships and accurate data...