Look for Genealogy Records in a State Capital

Recently we heard from Jennifer, who wondered what kinds of genealogy resources she might discover in a state capital.

“I’m tagging along on my husband’s thesis research trip to Columbus, Ohio. I have some ancestors from other parts of Ohio. I was wondering what exactly I could look for in a state’s capital collections/archives that could save me a trip to the city or county? I was thinking that the state capital may have a “gem” that I couldn’t find elsewhere, or even duplicated information [from local repositories]. Do you know?”

Yes, Jennifer is definitely thinking along the right lines! Here’s our advice:

At the state level there are often two key resources: the state library and the state archives. These might be combined. One might be called the state historical society.  You just have to look for each state. In Ohio, the Ohio History Connection serves as the state historical society and official state archives. But there is also a state library that serves as a repository for government documents and a resource for other libraries. Each has resources for genealogists, online and in-house. (Click here for digital genealogy content at the state library and here for resources at the Archives/Library of the Ohio History Connection).

In addition, public libraries of major cities often have excellent local history and genealogy collections. This is definitely true of the Columbus Metropolitan Library in Ohio’s state capital!

We suggest you contact librarians before you go and ask what they have that can’t be found anywhere else, both on a state level and for locales you are researching. Often times that will include photograph collections, company (business) collections, and my favorite newspapers on microfilm. If you can formulate specific genealogical questions that you want to try and answer and share those ahead of time with the librarian that will help her guide you toward the unique gems. Every state library and archive is unique, so consulting by phone with the reference librarian is the best way to go.

Here are a few articles on my website that can help you prepare to find genealogy records in a state capital repository or in any major library: 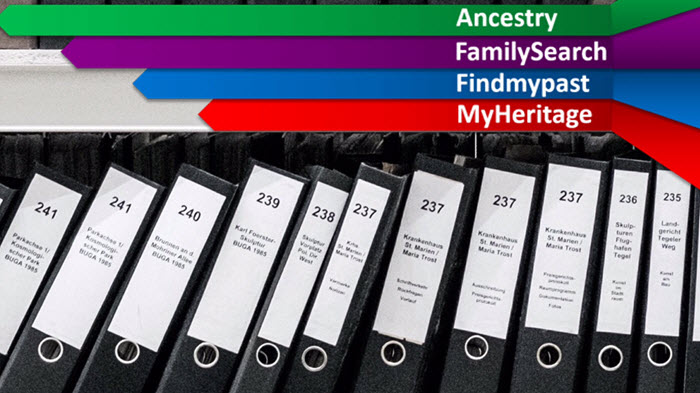 Our Black Friday genealogy sale is on! Start with a limited-time FREE viewing of  the new Premium video, Your Guide to Cloud Backup. Then snatch up rare and exclusive savings on Backblaze cloud backup service, a new mobile genealogy bundle, and our new Irish guide and Irish genealogy guide bundle! 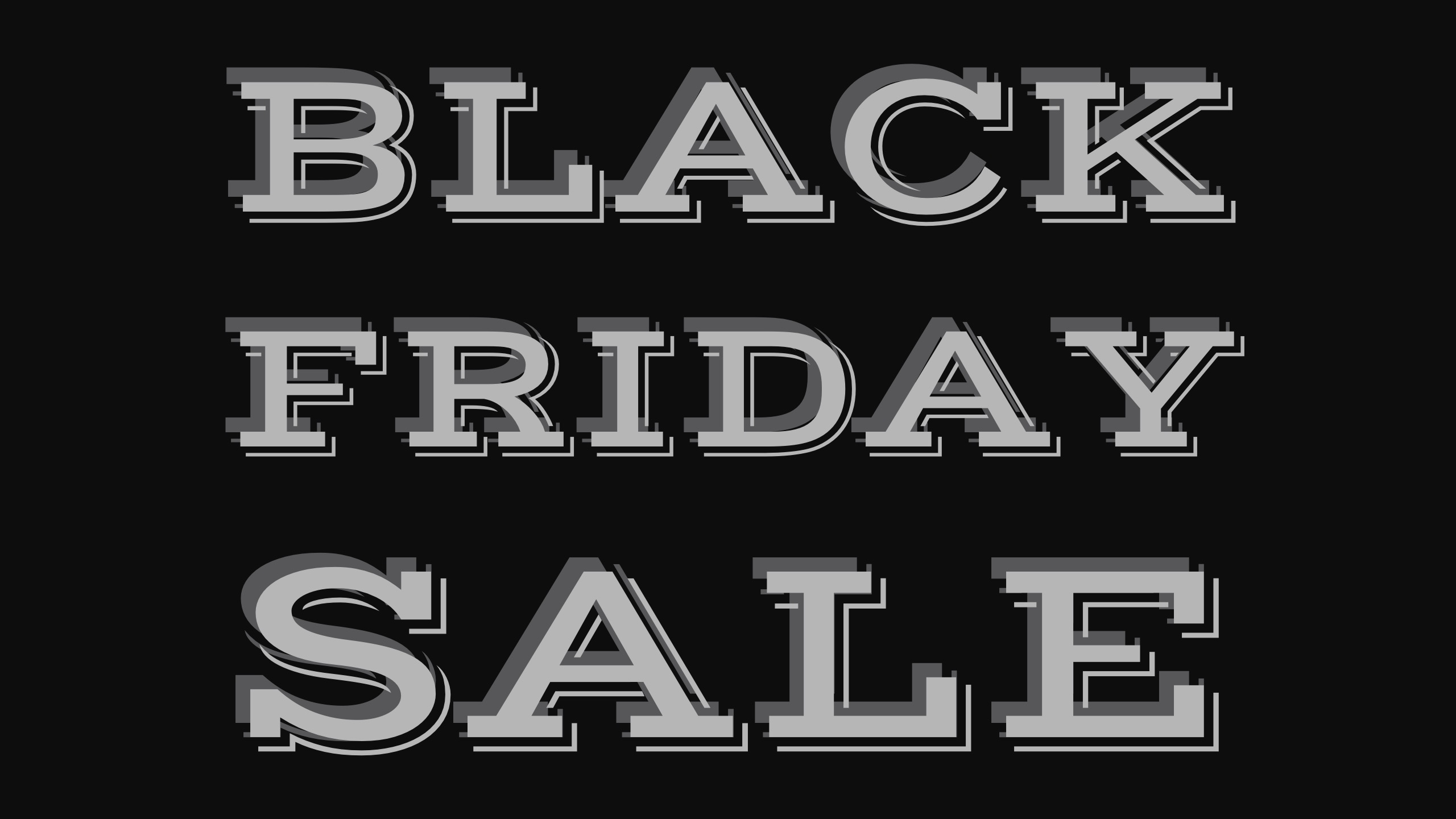 Backblaze continually backs up all your computer files to a remote ‘cloud’ server. In the event of any loss (including a computer crash), all of your files can be restored. Ensure your research is protected from disaster with Backblaze!

Use coupon code gems2017cyber for 10% off any new Backblaze subscription. Offer good through November 27, 2017. Check it out at www.Backblaze.com/Lisa.

Not Sure About the Cloud? Watch this Free Video Now 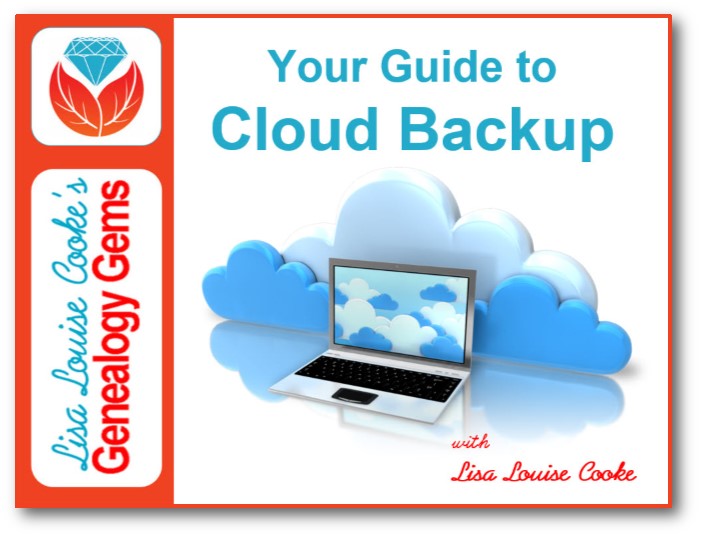 Now through next Monday, November 27, 2017, you can watch the new Genealogy Gems Premium Video for FREE. In this brand new, half-hour video tutorial, Lisa Louise Cooke will provide answers to questions like: 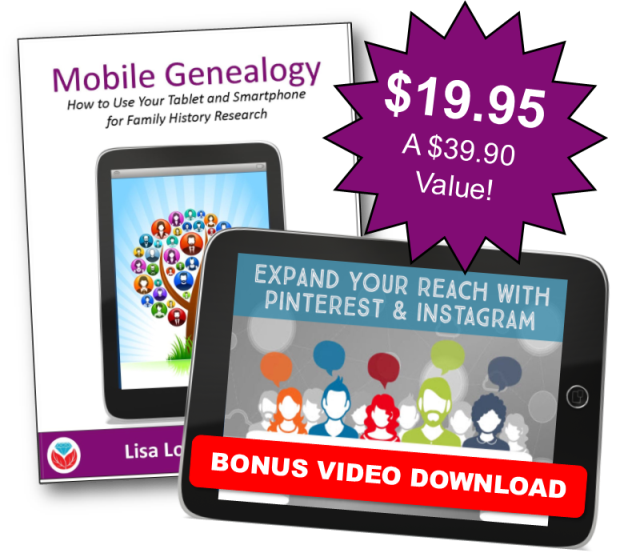 Included in this special, limited-time bundle:

Mobile Genealogy: How to Use Your Tablet & Smartphone for Family History Research
by Lisa Louise Cooke (paperback book)

Whether you have an iPad, an Android tablet, or a smartphone (or all three), Mobile Genealogy will help you put them to work for your genealogy research. Explore apps in-depth, get the latest cutting-edge strategies for mobile genealogy and family history, and use Lisa’s tips and tricks to make your mobile device a genealogy powerhouse!

Discover how sharing your research on social media can benefit you, your family, and your research. Lisa will focus on two of the top site that you might not be using: Pinterest and Instagram. They are fun and easy to use, and the perfect place to reach the next generation.

The bundle is a $39.90 value but this weekend you’ll pay just $19.95.
Available through Monday, November 27.
Click here to buy it now!
(Bundle includes print book and video class download. Book ships to U.S. and Canada only.) 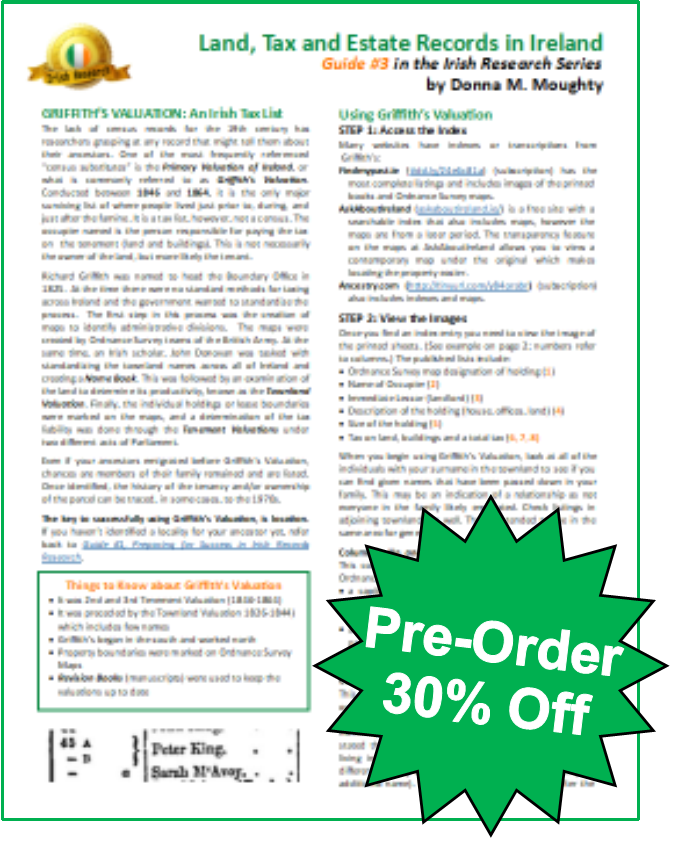 This Guide explains how and why Griffith’s Valuation was done, and how to use it to glean the most information about your family. After Griffith’s Valuation, the Revision Books allow you to follow the land and in some cases, to the 1970s, possibly identifying cousins still living on the land. Quick reference guide includes:

Get the guide here. 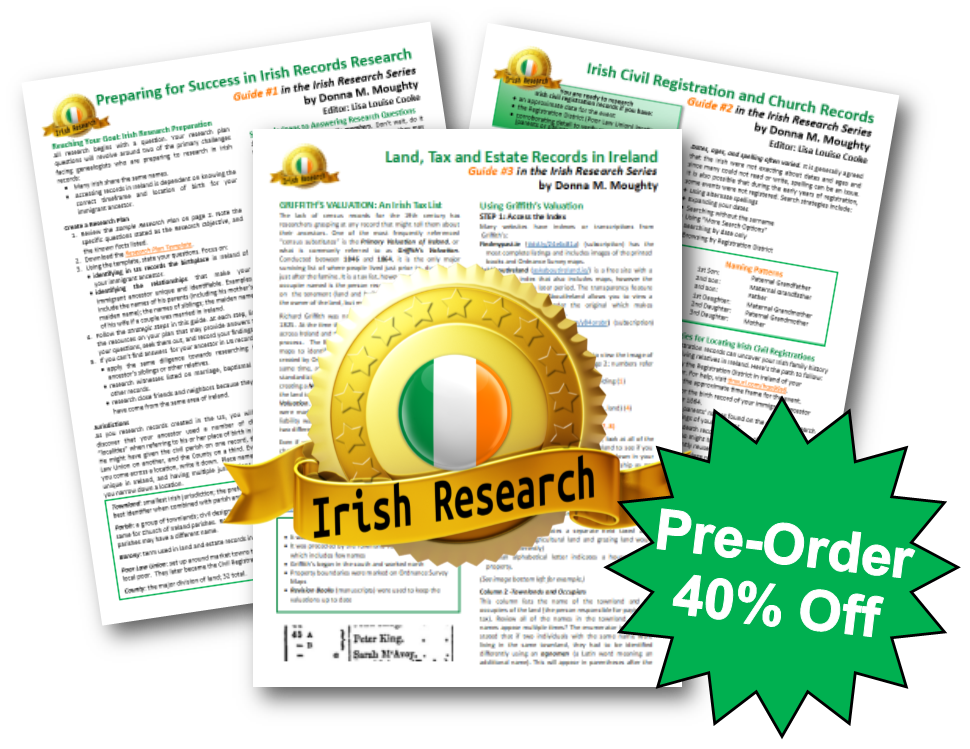 Save even more! Get 40% off the entire 3-guide Irish genealogy research bundle by Donna Moughty:

Get the bundle here.

40% off How to Find Your Family History in Newspapers

Lisa Louise Cooke’s tried and true methodology for genealogical newspaper research! If you think you know how to search for newspapers, this book will make you think again.

*Sale on paperback only

Please share these gems with your genealogy friends–or send them as your “wish list” to a loved one. Remind them to act quickly as these offers are only good through Monday, November 27, 2017.

The National Army Museum has recently made the enlistment books of the five disbanded Irish regiments available online. This collection allows users to find information on soliders serving in these regiments during 1920-1922.

After the creation of the Irish Free State in 1922, the five regiments of the British Army recruited in southern Ireland – the Royal Irish Regiment, the Connaught Rangers, the Leinster Regiment, the Royal Munster Fusiliers and the Royal Dublin Fusiliers – were disbanded.

These books have now been digitized and for the first time, the records of nearly 12,000 soldiers can be searched online – by unit, place of birth, place of attestation, and year of attestation.

Researchers can see the original scans of each soldier’s entry and may find the recruit’s age and trade on enlistment, names of his next of kin, date of marriage, and the birth date of any children.

The entries also include his address and his rank and character upon discharge.

Over 4,000 records of personnel files and enlistment registers pertaining to the Scots Guards have been added to the British Army Service Records – Scots Guards 1799-1939 at Findmypast. The Scots Guards were one of the Foot Guard regiments of the British Army. They were originally formed to be the personal bodyguards of King Charles I of England and Scotland.

Each record includes a transcript and most include several black and white images of the actual records. The detail within each record may vary, but likely include:

This week at FamilySearch, more records have been added to the England, Cornwall Parish Registers, 1538-2010 collection. This collection contains church records from the counties of Devon and Cornwall, covering the years of 1538-2010. The collection also includes some material for nonconformist chapels which were filmed at the Cornwall Record Office at the time of filming Church of England registers. There are also some typed transcripts of Society of Friends marriages included for certain areas of the county.

Minister’s recorded all the baptisms (officially termed “christenings”), marriages, and burials which took place in his parish each year. These records are wonderful substitutes when the civil records can not be located.

The amount of information found on these christenings, marriages, and burials will vary over time, however, you might expect to find:

Also at FamilySearch, new records have been added to the collection titled England, Warwickshire, Parish Registers, 1535-1984. This collection contains baptismal, banns, marriage, and burial records. Banns and marriage record entries appearing together are the most common in this collection. Approximately half the records in this collection are after 1837 entries, and less than twenty percent are pre-1753.

Also at Findmypast, a new collection titled Queensland, Mackay, Funeral notices and funeral director records is now available. In this collection, you will find over 44,000 transcripts of records kept by the local firms Melrose & Fenwick and Mackay Funerals, as well as other funeral notices published in the Daily Mercury. Some of these funeral record indexes may provide your ancestor’s age at death and funeral date. The notices posted in the Daily Mercury cover the years of 1955-2012. These notices may also contain the birth year, burial date, and place of the deceased. These records may be particularly helpful if you have been unable to find a death record for your targeted ancestor.

Some of these record images may be difficult to make out due to ink bleeding through or poor handwriting.

If you are able to find your ancestor listed on one of these passenger lists, you may also find the following information:

Pennsylvania baptisms 1709-1760 at Findmypast contain over 4,500 transcripts of original baptismal records kept by Christ Church in Philadelphia. Each record will likely list a name, birth year, baptism date and location, and the names of both parents, including the mother’s maiden name. Rembmer, baptismal records are a great substitute for a birth record.

If Pennsylvania is your targeted research area, you might also be interested in the collection titled Pennsylvania burials 1816-1849. This group of transcripts number over 1,000 and are the transcripts of the original death records from Susquehanna County. Most records will contain your ancestors name, date of death, and place of burial. They may also include important biographical details such as birth years, occupation, residence, names of parents, and name of spouse.

Lastly, over 17,000 new marriage records for Pennsylvania have been added to the United States Marriages at Findmypast. The entire collection now contains over 140 million records. Each record includes a transcript and an image of the original document that lists the marriage date, the names of the bride and groom, birthplace, birth date, age, residence as well as fathers’ and mothers’ names.

Two new titles have been added to the over 177,000 articles in the Irish Newspapers collections at Findmypast. The Tyrone Courier and the Mayo Constitution, are now availabe to search. You will be amazed at the wonderful detail found when using newspapers for genealogy!

Check out the following helpful articles from our Genealogy Gems blog: