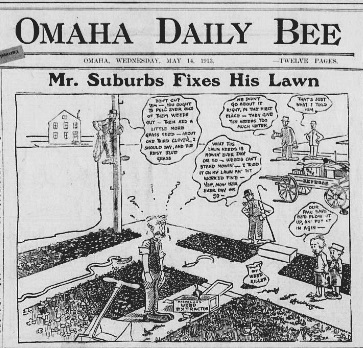 In this episode you will hear how one man’s passion for geography and history were saved from destruction, and you’ll find out what a portable scanner can do for your genealogy research and mobility.

I wrapped up my recent round of travels last week with a trip to Sumner, Washington where I spoke at the Autumn Quest Annual Seminar sponsored by the Heritage Quest Library. It was a packed room and we spent the day talking about how to find your family history in newspapers, using Google Earth for Genealogy, how to find living relatives and most importantly how to save your research from destruction.

There seemed to be a bit of serendipity involved in this particular speaking engagement, which was booked many many months ago. Recently Bill’s mom made the big move to a lovely retirement home and she really wanted her kids to get together and go through the house and pick up the items they wanted to keep, and then prepare the house to be rented out. As it turned out, amazingly enough, this was the ideal weekend to corral all four kids together to do that before the renovations on the house started.

So after Saturday’s seminar, on Sunday we all got together and although my mother in law was very happy to have moved and really wanted to the kids to do this, it was just hard to get started. Since I didn’t grow up in the house it was a little easier for me to see the task at hand from more of a practical point of view, and I was sort of nominated to guide the process. And it actually worked out really well. Everyone was very comfortable with how the remaining items were divided up, and there were lots of family photos to go around.

I was fortunate enough to receive my mother-in-laws father’s original Royal Typewriter. I think it’s probably from about 1910 and is in pristine condition. It’s all cleaned up and in my studio now inspiring me to continuing writing and blogging. And I also received a small journal with the handwritten life stories of her parents. So I have my work cut out assembling the stories and photos and I hope to get some coffee table books printed as well as do a video that the family can enjoy. We’ll see if I can get that done in time for Christmas.

I’m sure many of you listening have also gone through this process of closing down a parent’s household. If you have an interesting story, or came across an unexpected gem email me or call and leave your story on the voice mail line at 925-272-4021 and I might just share it on an upcoming episode.

Now I mentioned to you that I taught the class Save Your Research from Destruction, and though that title may sound a bit over dramatic, time and time again it proves accurate.

Quote: “I think there are at least a million maps here,” he said. “This dwarfs our collection — and we’ve been collecting for 100 years.”

Thank goodness there are folks like Matthew Greenberg, who came to the rescue of a century of old maps. He’s my hero!

GEM: Interview with Gordon Nuttall of Couragent, Inc. and the Flip-Pal

I’ve been a longtime fan of the Flip-Pal portable scanner and I use mine all the time. You’ve probably heard me mention it before on the show, and I often have specials on the Support the Podcast page on my website where you can save money, and at the same time your purchase helps to support this free podcast. Over the years I have received questions from many of you who are trying to decide if it really makes sense to get a portable scanner, and wanting to better understand what it can do for you and how to use it. So I decided it is about time to get all the answers together for you in one podcast gem. And who better to get those answers from than the inventor himself,
Gordon Nuttall, CEO of Couragent, Inc., the company behind the Flip-Pal.

Use this link to Flip-Pal and use the special codes below:

These promotional codes cannot be used in conjunction with other promotion codes.

Premium Video: How the Genealogist can Remember Everything with Evernote

Check out this episode