US Genealogy Records that Came Online this Summer

Not everyone was on vacation this summer. Genealogy companies and archives have been busy adding new records to their online collections. 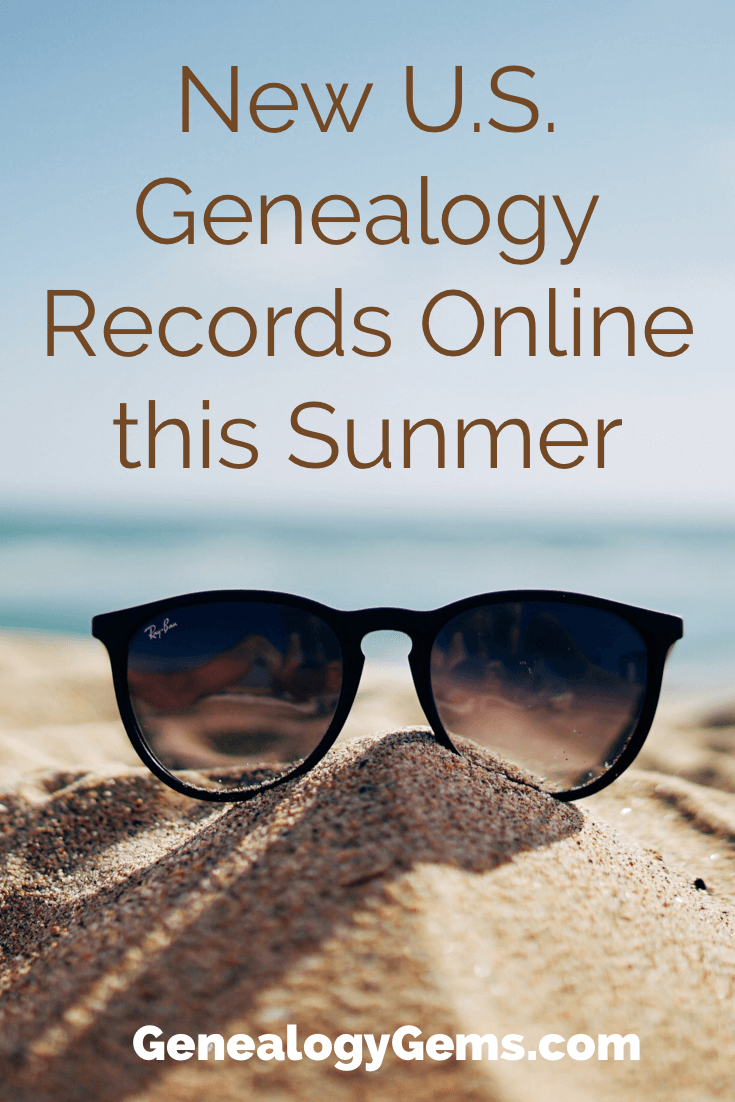 In late July 2019 the Mississippi Department of Archives and History announced that “More than 238,000 pages of out-of-copyright Mississippi newspapers are currently online, with approximately 90,000 more pages expected to go online in the next six months.”

According to their press release: Researchers from around the world now have free online access to hundreds of Mississippi newspapers. The Mississippi Department of Archives and History (MDAH) participated in the National Digital Newspaper Program, a project funded by the National Endowment for the Humanities (NEH) to digitize newspapers across the country. The publications are accessible through the Library of Congress on its Chronicling America website, along with papers from other participating states.

“Primary sources are key for students because it makes history relatable,” said Al Wheat, MDAH director of education and co-coordinator of Mississippi History Day. “Every year we send students to the National History Day competition, which offers two prizes to students who made use of Chronicling America in their research. Instead of simply reading about a historical event, students can learn from the people who experienced that event through this exceptional website.”

MDAH has the most extensive collection of Mississippi newspapers in the state, housing more than 13,000 microfilm rolls of papers in its archival collections. NEH provided funding for the Mississippi digitization project through three, two-year grants. 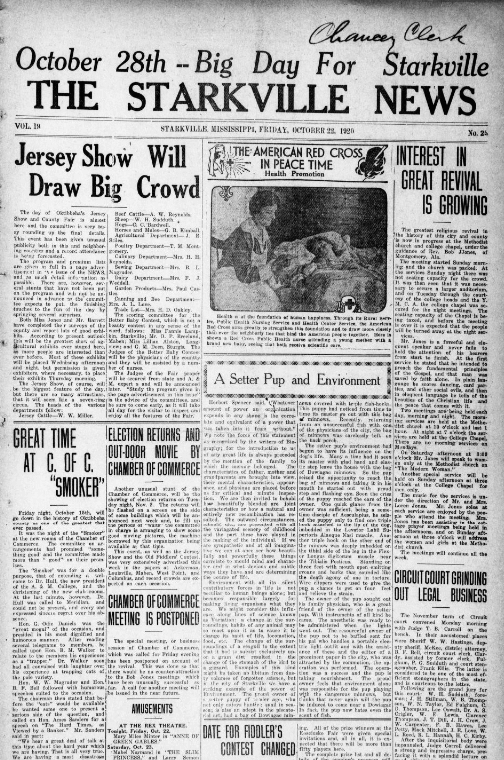 Twenty-three titles have at least one issue published between 1860 and 1865. Noteworthy Civil War-era titles include the American Citizen published in Canton, the Eastern Clarionpublished in Paulding, the Daily Clarion published in Meridian, the Macon Beacon, and the Oxford Intelligencer.

A number of issues published between 1923 and 1963 will go online within the next six months. Included are several African American newspapers: the Jackson Advocate, the Southern Advocate published in Mound Bayou, and the Weekly Echo published in Meridian. Two newspapers that will go online won the Pulitzer Prize for Editorial Writing: the Lexington Advertiser edited by Hazel Brannon Smith and the Chronicle edited by Ira Harkey, Jr.

The Madison GA Cemetery Stewardship Commission announced that the Madison Cemeteries website now has over 800 obits for our 4,000 burials, and they are adding more every day.

Did your ancestor arrive in Pennsylvania between 1727 and 1775 or between 1786 and 1808? This records hold the names of thousands of male immigrants who were required to take an oath of allegiance to the British Crown and the Province of Pennsylvania as well as immigration lists between 1786 and 1808. Within these pages you will find your ancestor’s name, the ship they arrived on, there and arrival ports, and arrival date. Names are organised by vessel.

All males over sixteen years of age were obliged to take this oath and declaration, as soon as after arrival as possible. The lists of foreigners arriving after 1786 including the names of wives and children. The full oath can actually be found on image number 9. An index to surnames begins on image number 675.

Explore this 1856 publication which, in its own words, is a ‘A Collection of Upwards Of Thirty Thousand Names Of German, Swiss, Dutch, French And Other Immigrants In Pennsylvania From 1727 To 1776: With A Statement Of The Names Of Ships, Whence They Sailed, And The Date Of Their Arrival At Philadelphia, Chronology.’

As well as names, these records may also provide you with historical and biographical notes. The prefece went on to add that ‘present descendants of the early German, Swiss and French immigrants, now numbering millions living in Pennsylvania, New York, Maryland, Virginia, and in the Western States, will be enabled, if they procure this publication, to ascertain the time of their ancestors’ arrival and other facts of value to most of them.’

United States, Passenger and Crew Lists has been created by merging all of Findmypast’s existing US passenger and crew lists with over 2 million brand new records covering Boston, Texas and South Carolina.

Spanning over 160 years of travel, this vast national collection brings together records of passengers and crew who arrived in America by ship or by plane, from the East Coast to the West Coast, between 1800 and 1964. 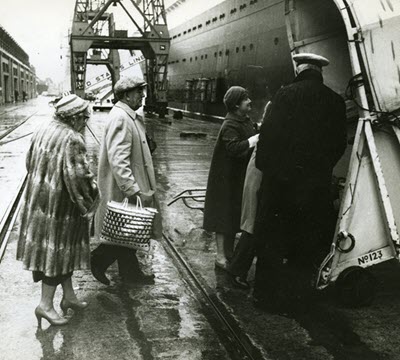 Passenger boarding in the 1950s.

Including ship manifests, crew lists, flight manifests, passenger arrival lists and more, the records document the arrival of millions of immigrant from Europe, Asia, and South America into the United States, where most settled to create a new life for themselves and their descendants.

A significant portion of the documents available within United States, Passenger and Crew Lists have been produced through a combination of historical records found at the National Archives & Record Administration (NARA) in Washington D.C. A number of the crew lists have also been made available by the Mystic Seaport Museum in Connecticut.

The collection also includes records provided in partnership with the John F Kennedy Trust Ltd, an organization which has worked with the Balch Institute, the Ellis Island Restoration Commission and the Battery Conservancy to compile a comprehensive database of Irish emigration to the United States.

Passenger lists are just one of many records that detail your family’s journey to the United States. Transcripts will reveal your ancestor’s birth year, birth place, place of arrival, arrival year and ship name.

Images will provide additional information such who your ancestor was traveling with, their occupation, last permanent residence, and the names of those who died during the voyage. On crew lists, you may discover your ancestors position on the chip, whether they were able to read or write, length of service, as well as a physical description.

Over 777,000 new records from the major port city of Baltimore in Maryland have recently been added to these passenger and crew lists.

This national collection brings together records of passengers and crew who arrived in America by ship or by plane from the East Coast to the West Coast and will reveal where your ancestor was born, where they sailed from, where they arrived and when. 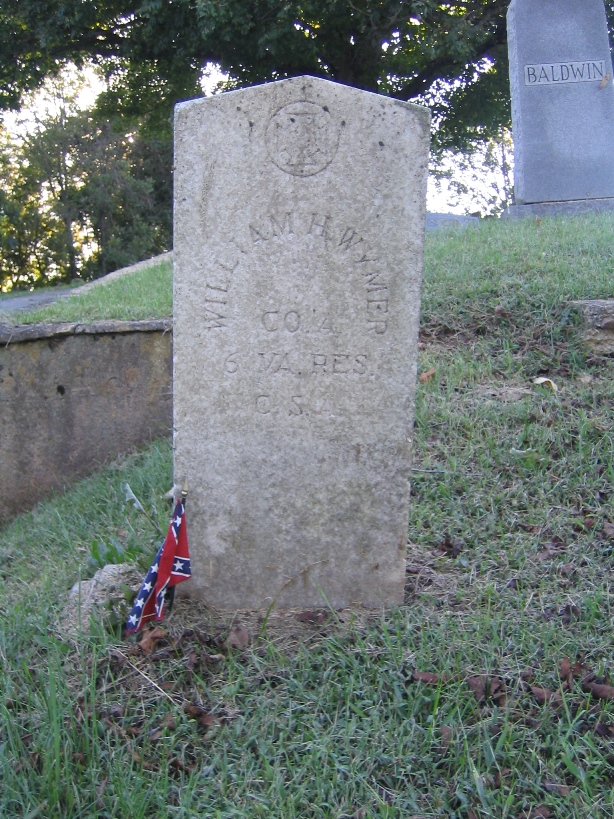 Tombstones are records too.

With an abundance of cemeteries, it can be overwhelming trying to pinpoint the precise cemetery in which your ancestor was laid to rest, and visiting each potential location is costly. However, in partnering with BillionGraves, we aim to make available all the cemetery records held on their site for free, saving you time and money as you search for your ancestor.

BillionGraves is the largest resource for GPS-tagged headstone and burial records on the web, with over 12 million headstone records.