The Story of Memorial Day

The history of Memorial Day–formerly Decoration Day–and what he will be doing to honor it are shared here by Military Minutes contributor Michael Strauss. We also give you quick links to more free family history articles on researching your ancestors who gave the ultimate sacrifice on the battlefield.

In 1865, just after the close of the Civil War, a local druggist in Waterloo, New York suggested placing flowers on the graves of fallen soldiers in his community.

The following year, another area resident, General John B. Murray, led the small village in putting flags at half-mast and decorating the gravestones of soldiers buried in the town’s three cemeteries. They repeated their efforts the following year. Many other communities in both the North and South also honored their war dead during this time period. 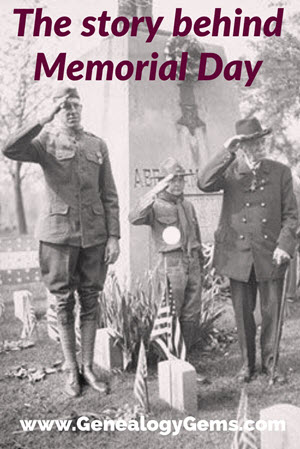 General John A. “Black Jack” Logan spearheaded the idea of a national day of remembrance for fallen Civil War soldiers in 1868. Logan, a former Union General, was the National Commander of the Grand Army of the Republic (GAR), which constituted living veterans of the war. On May 5, 1868, the GAR issued General Order No. 11 to designate May 30, 1868 as the day to decorate and commemorate the graves of fallen comrades of the late Civil War.

The wording of the order is very specific: “Let us then at the time appointed gather around their sacred remains and garland them with choicest flowers of springtime…Let us raise above them the dear old flag they saved from dishonor…in this solemn presence renew our pledge to aid and assist those whom they have left among us…the soldier’s and sailor’s widow and orphan.” This order later became known as the “Memorial Day Order” and can be read on the website of the U.S. Department of Veteran Affairs as part of the National Cemetery Association.

On this date at Arlington National Cemetery, more than 20,000 gravestones of both Union and Confederate veterans were remembered. General James A. Garfield (who later became President of the United States) and other political leaders spoke to an audience of more than 5,000 persons. In following years, May 30th became known as Decoration Day, a national day of remembrance of the Civil War dead. 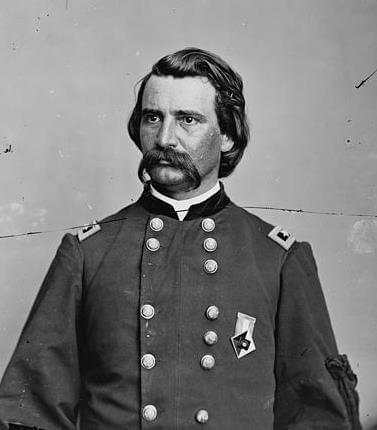 After the end of World War I in 1918, the scope of Decoration Day expanded to include all war dead since the Revolutionary War. The name gradually gave way to “Memorial Day,” a term first used in 1882 that didn’t become more generally accepted until after the end of World War II. A 1968 Act of the United States Congress, which went into effect in 1971, formally calendared the dates of several national holidays, including Labor Day, Veterans Day, and Memorial Day—the latter to be held in perpetuity on the last Monday in May. (Veterans Day, honoring all veterans who served rather than just our war dead, is held on November 11th.) 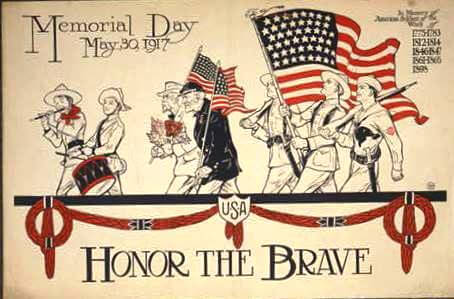 Interestingly, not every part of the United States fully supported Decoration Day. The Civil War created divisions even in peacetime, long after the guns fell silent in 1865. A number of Southern states have over the years honored their own Confederate dead on specific dates. In Mississippi, for example, they remember Memorial Day the last Monday of April. Both North Carolina and South Carolina observe this date on May 10th.  In Virginia, the last Monday of May is observed as with most of the country, but it is often called Confederate Memorial Day.

For a little more history (and some great historical re-enactment footage), enjoy this quick video. 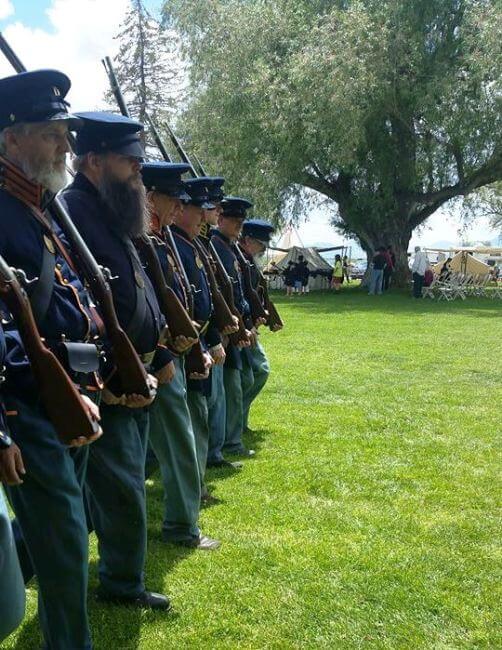 How I will be honoring Memorial Day

Regardless of the name given this holiday, on Memorial Day here in Utah I will remember and honor those who sacrificed so much for our country by attending a free public event at Camp Floyd. I will be wearing my Civil War uniform with other members of the Utah Living History Association as we recreate and experience camp life; drill; and fire our period weapons to remember when the camp was occupied by the Union Army from 1858-1861. I am the second person in the left in this 2016 photo from the Utah Living History Association. We strive for historical accuracy in our representation of the men stationed at this camp in the years immediately preceding the Civil War. (With the start of the war, the camp was abandoned and the men stationed here moved back East to the fighting. Next to the museum at the camp sits a small rural cemetery to honor the burials of 85 men who died from 1857-1861 who were stationed at the camp while serving with the United States Army.)

Memorial Day isn’t just about remembering those soldiers who died in battle, but about honoring all veterans who have honored us with service. We give this honor—regardless of sectional differences—to those who lost their lives during both wartime and peacetime periods.

Explore and honor your own war dead

Michael Strauss contributes the Military Minutes segment on the free Genealogy Gems Podcast. Why not use his expert tips to trace the stories of those on your own family tree who served in the U.S. military?

Find your ancestors in the 5 branches of the U.S. military

Intro to US military terminology: regular, volunteer, or militiaman?

US draft registration records: Civil War to WWII and beyond