Living in the Past: Ruth Goodman Shows Us How It’s Done

What was it like to live in the Tudor age or the 1940s? Would you rather “watch” the answer or “read” it? Well, you can do both with these popular BBC historical documentary series and their companion books.

Ruth Goodman is known to BBC watchers as the woman who brings history to life in several documentary series. They’re all re-creations of rural life in a certain time period: the Tudor era, Victorian era, Edwardian era (which many of us know better as the Downton Abbey era) and even World War II. All of the series have episodes you can watch on YouTube for free. A couple of them also have companion books that give you the nitty-gritty–sometimes literally–in print.

Time for a little binge-watching (or reading!)! Below, you will find a sample episode from each series, along with the companion book and a link to watch more episodes on YouTube. 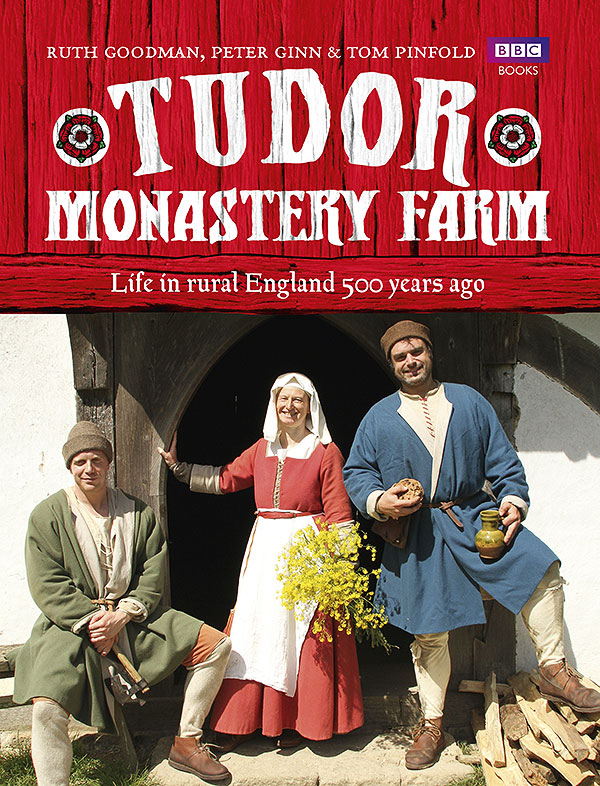 Tudor Monastery Farm is the official companion volume to the series. You’ll follow Ruth and her co-stars “as they discover how to build a pigsty, brew their own ale, forge their own machinery, and keep a Tudor household. Scrupulously researched, totally authentic, and with its own contemporary narrative playing out within an accurate reconstruction of Tudor England, this is a fantastic glimpse into history, as it was lived.”

Ruth’s more scholarly How to Be a Tudor riveted me–and I didn’t expect it to. My historical imagination doesn’t generally extend that far back in time. Ruth captured the little things that are so big like what it’s like not to bathe, how the food tastes, and how itchy the clothes are. When she waxed rapturous about studying a suit of clothing that was several hundred years old and falling apart in an archive, I felt an almost primal connection. I get that way about old documents. I’m just saying. 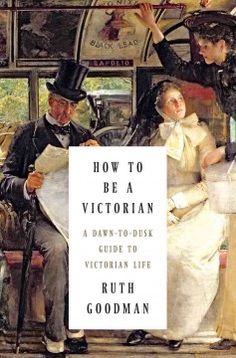 How to Be a Victorian: A Dawn-to-Dusk Guide to Victorian Life

is another critically-acclaimed “manual for the insatiably curious” by the “historian who believes in getting her hands dirty.” This time she reveals Victorian life (the mid and late 1800s) from daybreak to bedtime. Again, the devil and the delightful are in the details: how they got dressed, how and when and what they ate, and what work they did. I’m guessing nobody skips the chapters on the trip to the privy or “behind the bedroom door.” 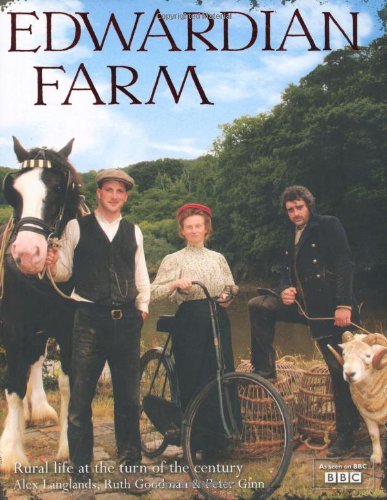 “If variety is the spice of life, then Edwardian rural life has proved to be one heck of a curry.” -Ruth Goodman

In this series and the Edwardian Farm book, Ruth and her intrepid co-time-travelers live in England’s West Country as if it’s the turn of the twentieth century. At the time this was “a commercially prosperous region—a stunning rural landscape encompassing rolling farmland, wild moorland, tidal river, coast, and forest, which supported a vibrant and diverse economy.” The hosts spend a year “restoring boats, buildings, and equipment; cultivating crops; fishing; rearing animals; and rediscovering the lost heritage of this fascinating era as well as facing the challenges of increasingly commercial farming practices, fishing, and community events.”

During World War II, Britain couldn’t import much produce or other foodstuff as they were accustomed, so residents had to grow it themselves or go without. The series and the book Wartime Farm reveal “how our predecessors lived and thrived in difficult conditions with extreme frugality and ingenuity. From growing your own vegetables and keeping chickens in the back yard, to having to ‘make do and mend’, many of the challenges faced by wartime Britons have resonance today.”

Click here to see what other gems the Genealogy Gems Book Club has to recommend!