Though the United States is a relatively young country, its history is a rich source of genealogical information! This week we’re featuring new collections available for United States family history, from the big and exciting to the small and fascinating. Vital records will provide specific names and dates, while newspaper and quilt archives will give a glimpse of your ancestors’ lives in the U.S. 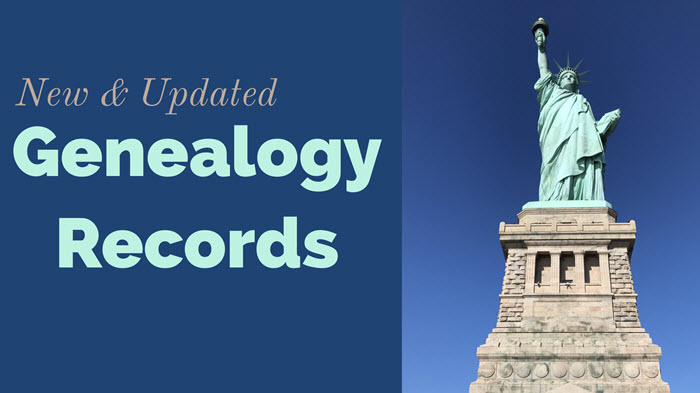 Yearbooks. A brand new genealogy record collection is available at MyHeritage for U.S. Yearbooks 1890-1979. There are over 36 million pages from over a quarter of a million yearbooks from around the country. From the collection description: “Yearbooks are excellent genealogical records that include personal portraits and group photographs. These books can give a researcher insight into students, faculty, and staff who attended or worked at a school. The yearbooks in this huge compendium are primarily from high schools, which in the United States normally comprise grades 9 to 12 or 10 to 12.”

Freedman’s Bureau. FamilySearch has two new Freedman’s Bureau databases available online. The first is the collection of Records of Freedmen’s Complaints, 1865-1872. The complaints consisted of problems which freedmen brought to the Bureau’s attention. Many registers give the names of freedmen and the nature of the complaint, but others give only a synopsis of the case without names. The second new collection is the Freedmen’s Bureau Ration Records,1865-1872. These records include letters and endorsements sent and received, account books, applications for rations, applications for relief, court records, and more.

War of 1812. In a massive effort by the entire genealogical community, the War of 1812 Pension Application Files are now available for the first time online, hosted online for free at Fold3.com. The project is about 2/3 complete with nearly 2 million documents online today. The files generally contain documentation submitted in support of a claim, such as the original application form, affidavits, and statements from witnesses.

California. All of the nearly 19,000 issues of The Stanford Daily (1892-2004) are available in a new online database. The collection is entirely searchable and provides a firsthand account of life at Stanford University from 1892 to today.

Another interesting new collection of California State Archives photos is also now available online. The archives digitized nearly 3,000 photos of early 20th century California taken by William and Grace McCarthy, who traveled throughout the state when automobiles were a new form of transportation, including images of long-gone North County landmarks.

Georgia. 16,000 pages of the Walker County Messenger dating from 1880-1924 have been added to the Georgia Historic Newspapers (GHN) website. Also newly added to the GHN database are historic Roman Catholic Diocese of Savannah publications, including the Bulletin (1920-1962) and the Savannah Bulletin (1958).

New Hampshire. Over at FamilySearch, a new collection of Vital and Town Records Index, 1656-1938 is now available. It includes birth, marriage, and death records.

New York. Reclaim the Records just announced that they’ve obtained and published the first-ever public copies of the death index for Buffalo, New York, for the years 1852-1944. Over 640,000 names are included, though be aware that the scanned copies may have some edges cut off.

Another unique collection now available is the New York Quilt Project, an archive of over 6,000 quilts and their histories. From the collection description: “Details were recorded like family background, religion, where a quiltmaker learned the craft, why they made the quilt, and where they obtained textiles, and a small tab was sewn into the back of each quilt for identification. These stories often chronicle immigration to New York, as some quilts were brought over from Germany or Italy, and visually show through their patterns and designs the influence of different populations from around the world in the state.” 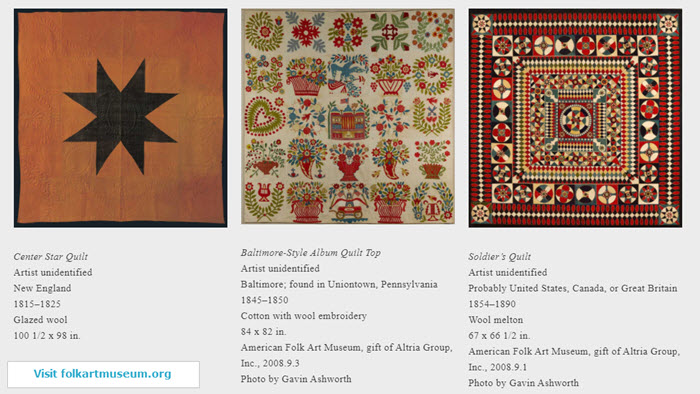 North Carolina. A collection of 60 hand-drawn Civil War sketches have been added to Digital North Carolina, drawn by soldier Edwin Graves Champney. The original artwork includes scenes showing landmarks, landscapes, and Union military activity. From Wake Forest University also comes a collection of 19 newspaper titles dating from 1857 to 1925. They were written for Christian (primarily Baptist) communities across North Carolina. Finally, almost two decades of the newspaper The Carolina Indian Voice, from 1977-1996, have been added to the collection at DigitalNC.

Virginia. The Virginia Newspaper Project recently announced that they have digitized copies of Richmond Whig and Commercial Journal, a daily published by John Hampden Pleasants and Josiah Abbot from 1831-1832. Both are now available on Virginia Chronicle.

Dig deep into your American roots

If you want to dive into your American genealogy, you’ll definitely need the brand new 4th edition of The Researcher’s Guide to American Genealogy by Val Greenwood. This new 4th edition has been completely updated, incorporating all the latest developments, principles, and resources relevant to family history research. There are now two chapters about technology as it relates to family history research–one dealing with significant concepts and definitions and the other with specific resources and applications, including major family history websites and Internet resources. Click here to get it right now!