These free online historical maps may help you learn more about your ancestors’ daily lives and flesh out your family history. Find maps for Victorian and Edwardian England and Wales; indigenous people of Canada and the U.S.; European synagogues; the Soviet military during WWII and even shipwrecks in and around Ireland.

We’ve reported previously on fantastic interactive map tools to help you learn more about your ancestors’ worlds. The best interactive maps don’t just give you locations: they combine locales with statistics, historical timelines, images or stories to help you get a sense of that time and place. (One amazing site that comes to mind is Bomb Site, an interactive map of the London Blitz.)

Recently, several interactive map tools have come across my desk for consideration in our weekly Friday Records post, so here’s a nice roundup of them. Whether you have ancestors from these places or cultural communities, or whether you just love old maps as Lisa Louise Cooke and I do, we think you’ll enjoy these. 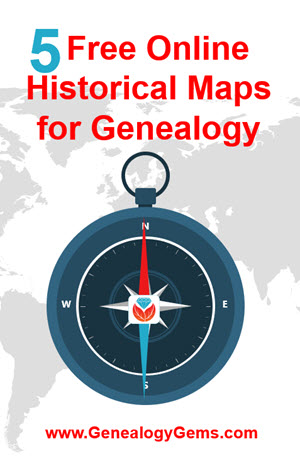 Populations Past is a new interactive online atlas of Victorian and Edwardian populations in England and Wales. According to the site overview page, “The second half of the nineteenth century was a period of major change in the dynamics of the British population….[But] this transition was not uniform across England and Wales….This website allows users to create and view maps of different demographic measures and related socio-economic indicators every 10 years between 1851 and 1911. These include fertility, childhood mortality, marriage, migration status, household compositions, age-structure, occupational status and population density.” Brief explanations are included, and you can zoom in, compare maps and even download them. The atlas is hosted on the University of Cambridge website. 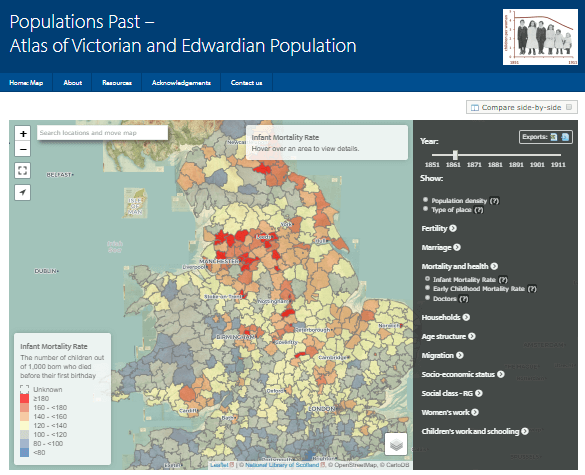 Map of Native Lands and People

Yes! Magazine has reported on the free Native Land website and app, which help you learn about the history of wherever you are (or wherever you want to learn about). According to the article, the site “seeks to map Indigenous languages, treaties, and territories across Turtle Island” (North America). As you can see from the screenshot below, though, other parts of the world are also included. When you enter any ZIP code, the map “will zoom in on your inquiry, color-code it, and pull up data on the area’s Indigenous history, original language, and tribal ties.”

The site’s About page stresses that the boundaries and names used are meant to come from the point of view of native people (rather than their conquerors) and that different perspectives exist. The site does actively solicit user feedback, though so much has been received that corrections are temporarily on hold. It’s certainly a fascinating lens through which to view the history of the land your ancestors lived on or settled—or perhaps even the property on which you yourself live now.

Over 3000 synagogues have been mapped out at the free website, Historic Synagogues of Europe. The site aims “to provide a comprehensive and up-to-date inventory of the historic synagogues of Europe,” encompassing the 47 member states of the Council of Europe plus Belarus. Information about the various buildings, their historical and cultural significance, their current condition and their associated communities are included. Genealogists tracing Jewish ancestors might search extant synagogues located near an ancestor’s home, if known, to learn more about the building and at least to generally identify the communities that called it home. Sadly, though, according to this report on the site, only about 19% of European synagogues built before World War II are still standing. 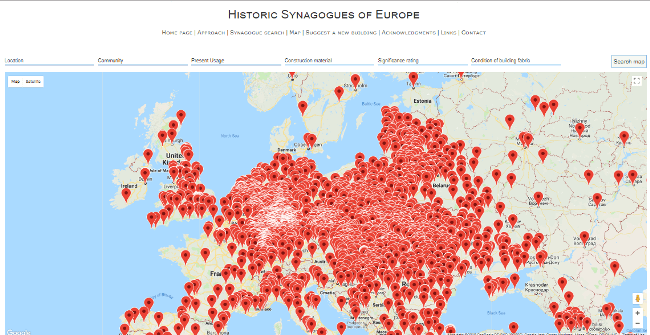 A collection of about 4,000 topographical maps at Indiana University have traveled a long way (physically and culturally) since being produced by the Soviet military between 1883 and 1947. According to a press release, these maps of “the Eastern Bloc Borderlands project portray Poland, Ukraine, Belarus, Latvia, Lithuania, Estonia, Finland, and Western Russia – all areas greatly impacted by World War II and of strategic importance to Russia and the Soviet Union.”

These regions have changed greatly since the maps were created. In many cases, the maps identify villages and boundaries that no longer exist. The collection is being digitized because it contains such unique information that is of value to the international community. (What value may it have for your family history??)

About 1,000 of these maps have already been digitized and can be viewed at Indiana University’s Image Collections Online. The rest are forthcoming. 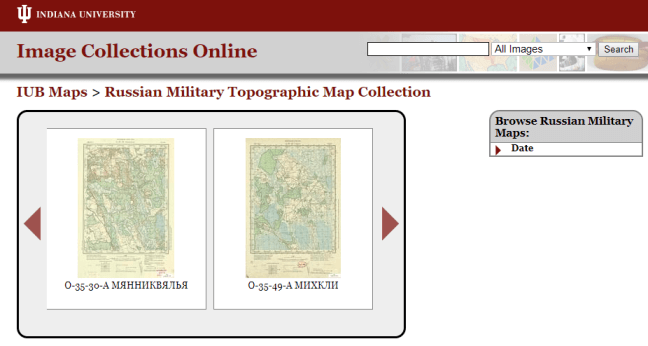 Do you have relatives who may have been shipwrecked off the coast of Ireland? A new interactive map, the National Monuments Service Wreck Viewer, charts nearly 4,000 shipwrecks around the island. The data comes from the Wreck Inventory of Ireland Database, which catalogs thousands more wrecks that don’t have precisely known locations. In addition to a location, some wrecks report the name of the ship, the date of the wreck, the type of boat or ship and source of data (from Lloyd’s to a group of amateur divers). Many wrecks show very scant information but you may be able to use it in combination with other family history discoveries, such as newspaper articles or emigrant passenger lists, to add depth to your family history stories. 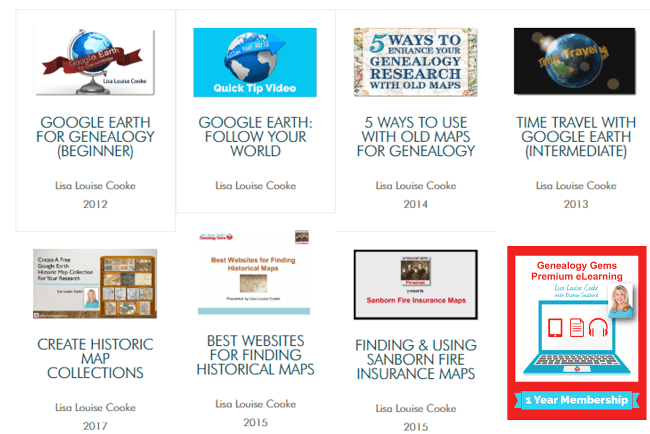 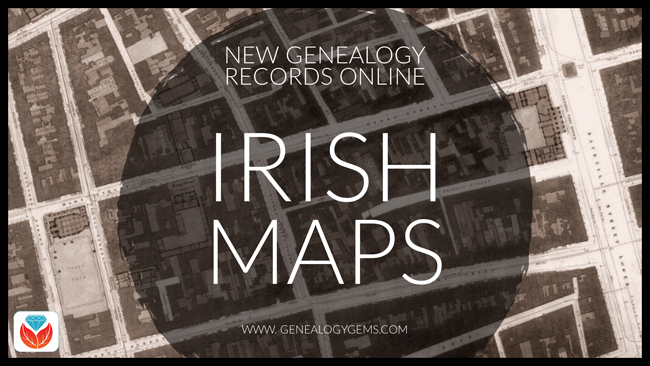 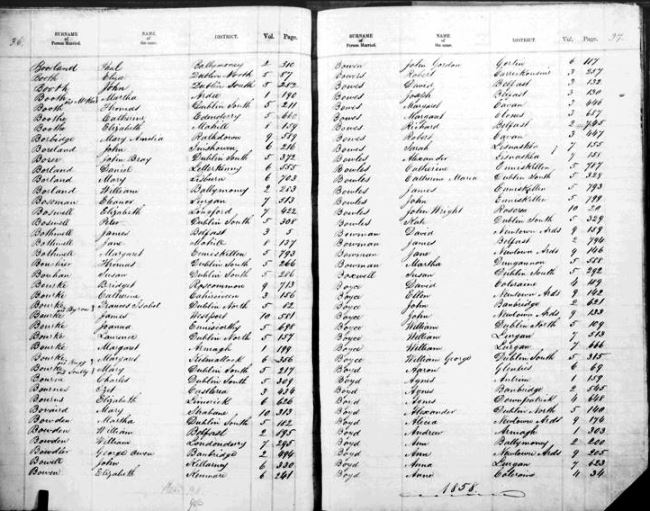 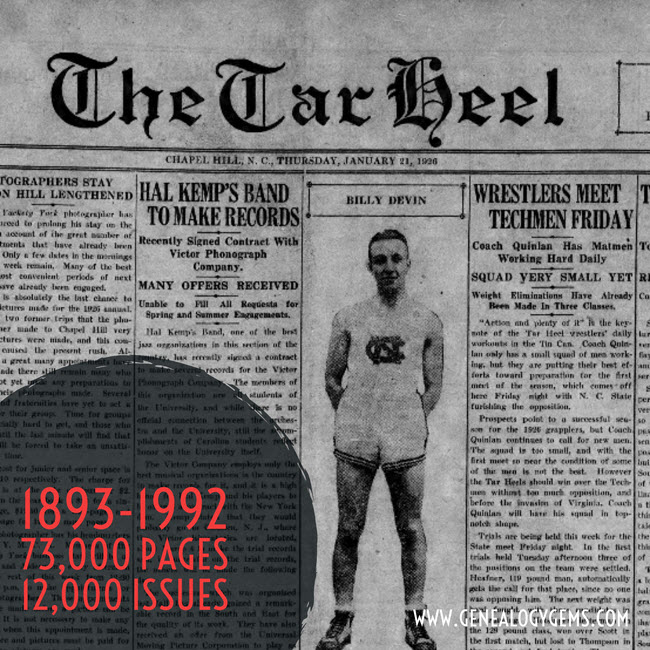