Local and state genealogy records can be some of the best resources for tracing your family history in the United States.

Arkansas. The University of Arkansas at Little Rock website reports that “a history class at the University of Arkansas at Little Rock has created a new digital index of Phillips County death certificates from 1917 to 1922. Dr. Brian Mitchell’s American Urban History Class created the index during the fall 2017 semester and donated the archive to the Arkansas History Commission so it can be made available for public use.” 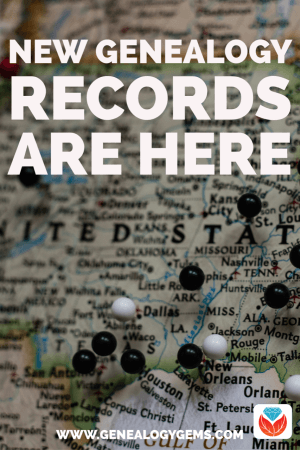 Also: the Florida Department of Law Enforcement has created a new statewide database of “cold cases.” It features more than 400 unsolved cases, according to this article.

Georgia. The blog of the Digital Library of Georgia has announced “the addition of over 10,000 digitized pages of African American funeral programs to the Augusta Public Library’s Eula M. Ramsey Johnson Memorial Funeral Program Collection. Spanning 1933-2017 and consisting of over 3,000 programs, the digital collection provides both a rich source of genealogical information and local history about the African American community. Programs are freely available online through the DLG.”

Also at the Digital Library of Georgia: Henry L. Benning Civil War materials are now available online. During the Civil War, Henry L. Benning “served as Colonel of the 17th Georgia Infantry in twenty-one engagements including Antietam, Gettysburg, and Chickamauga… Benning’s war correspondence deals with his service throughout the war and includes orders sent to him, reports of engagements, both those sent to him and those he submitted to his superiors.”

Idaho. Genealogy giant Findmypast.com has published Idaho, Southeast Counties Obituaries 1864-2007. The collection includes over 9,000 browsable images of “obituaries collected and printed in various Idaho newspapers. The collection is not confined to deaths that occurred in Idaho; obituaries of native Idahoans who died out of state were sent in to Idaho newspapers and are also included. Discover biographical details including key dates and life events of those included in these records.”

Another of the giants, Ancestry.com, has published Idaho, Old Penitentiary Prison Records, 1882-1961. According to the collection description, “This collection contains prison records from between the years of 1882 and 1961. The various documents found in this collection may contain the following information: name of inmate, age and race of inmate, birth date and place, marriage date and place, date of trial, date of pardon, date of conviction, spouse of inmate and other miscellaneous information such as physical attributes and the crime committed may be found.”

Illinois. Illinois State University reports that back issues of the university newspaper, The Vidette, are now online. “The archive currently holds approximately 75 volumes—from the first edition dating back to February of 1888 to May of 1963. Within those 75 volumes, there are 2,621 issues and over 21,300 pages. The Vidette Digital Archives plan to continue adding more volumes in the future.”

Indiana. Now at genealogy giant and subscription website MyHeritage.com is a collection of Indiana Newspapers, 1847-2009, a collection of 1,014,820 pages in 44 newspaper titles. The largest numbers of pages come from The Rochester Sentinal, Times-Union, The Madison Courier, Warsaw Times-Union, The News-Sentinel, Warsaw Daily Times and Warsaw Union.

Massachusetts. The New England Historic Genealogical Society has recently added to its collections on AmericanAncestors.org:

New Mexico. Ancestry.com has published a new database relating not just to New Mexico history but the “old” Mexico that preceded it. Materials in the collection New Mexico, Census, Military, and Other Records of Mexico, 1821-1846 “vary but include records from the provincial administration, treasury, legislative, local government, judicial cases, military, Indian affairs, and some period newspapers. Lists in the hacienda, military, and miscellaneous record groups have been indexed; other record groups can be browsed by year and record group.

South Carolina. A new digital history resource explores Latino history and communities in the Low Country. “Las voces del Low Country” is the name of the exhibit and it “documents the little-known history of Latinos in the Charleston area through oral interviews conducted between 2012 and 2014, photographs, historic documents, and artistic images.” Click here to read more about it.

Texas. Findmypast.com has published  Texas, Laredo Arrival Manifests 1903-1955, with over 1.3 million records. “Explore images of arrival manifests from the border town of Laredo in Texas. This National Archives and Records Administration (NARA) collection will enable you to discover your ancestors’ names, ages, nationalities, and physical descriptions.”

Wyoming. The University of Wyoming has put online a digitized version of a state atlas designed for use by schoolchildren. But these maps may be valuable for understanding the geography of your Wyoming ancestor’s life, too. Click on the Interactive web pages tab to see a list of maps. Among them are those relating to physical geography, but also related to people. For example, there are maps showing emigrant trails, landmarks and forts; railroad expansion, stage roads and cattle trails; migration in and out of the state; land ownership and more.

Local and state research is often the key to discovering your U.S. ancestors! Read these articles for more gems on finding genealogy resources in states and locales across the country. 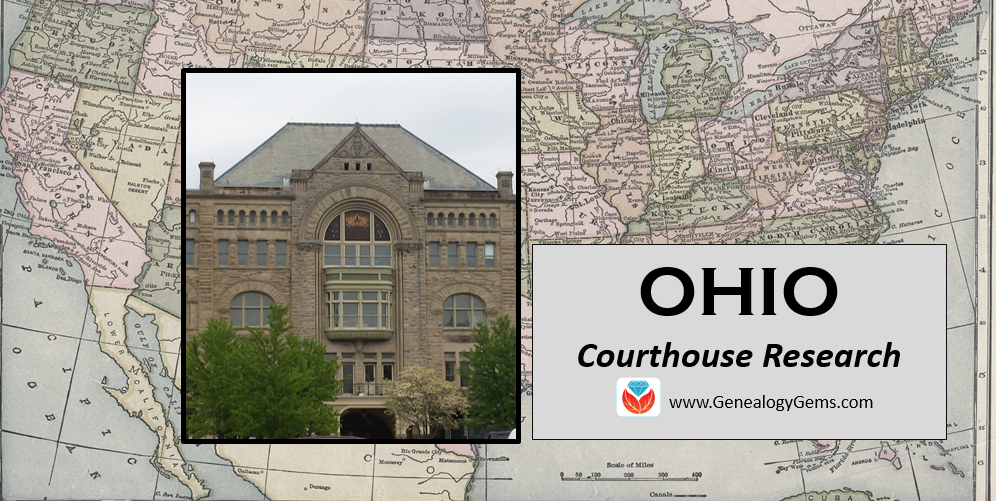