If you have ever wondered if you or your loved ones are at higher risk for diseases such as Late-onset Alzheimer’s disease, read on to learn about big changes that are happening. Health history is just one of the ways in which genealogy research can benefit your family. 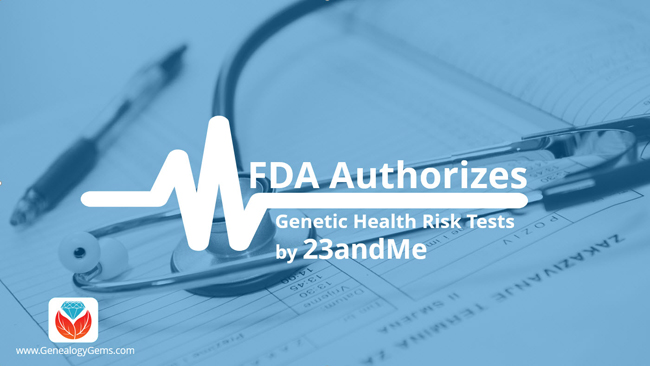 According to a recent FDA press release, “The U.S. Food and Drug Administration today allowed marketing of 23andMe Personal Genome Service Genetic Health Risk (GHR) tests for 10 diseases or conditions. These are the first direct-to-consumer (DTC) tests authorized by the FDA that provide information on an individual’s genetic predisposition to certain medical diseases or conditions, which may help to make decisions about lifestyle choices or to inform discussions with a health care professional.”

The release goes on to say:

Consumers can now have direct access to certain genetic risk information,” said Jeffrey Shuren, M.D., director of the FDA’s Center for Devices and Radiological Health. “But it is important that people understand that genetic risk is just one piece of the bigger puzzle, it does not mean they will or won’t ultimately develop a disease.”

The GHR tests are intended to provide genetic risk information to consumers, but the tests cannot determine a person’s overall risk of developing a disease or condition. In addition to the presence of certain genetic variants, there are many factors that contribute to the development of a health condition, including environmental and lifestyle factors.

The 23andMe GHR tests work by isolating DNA from a saliva sample, which is then tested for more than 500,000 genetic variants. The presence or absence of some of these variants is associated with an increased risk for developing any one of the following 10 diseases or conditions: 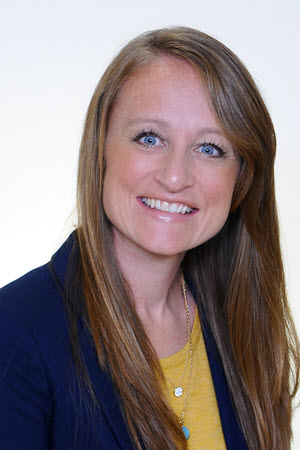 FDA and 23andMe – Comments from Your DNA Guide

I look to Your DNA Guide, Diahan Southard for all things genetic genealogy, and here’s what she had to say about the recent news:

23andMe is certainly the outlier among our genetic genealogy companies. It is different because its purpose is not necessarily to help you find your ancestors or determine your ethnic composition, though it can do both, but their goal is to empower your personal health.

In November of 2013 the FDA ordered 23andMe to retract all health reporting from their website in order to better regulate the dissemination of health related information to consumers. 23andMe has slowly crawled back toward that same reporting structure, all the while jumping through the compliant hoops that the FDA has set up.

Now this week they have had a major step forward as they have been able to release the risk assessment for 10 major diseases including Parkinson’s and celiac. This is the first such test available direct to consumers, without first going to your doctor.

This is likely the first of many such developments as 23andMe works to make our own health more accessible via our genetics. If you do pursue this kind of evaluation, it is important to keep in mind the words of Jeffrey Shuren, M.D., director of the FDA’s Center for Devices and Radiological Health, “…genetic risk is just one piece of the bigger puzzle, it does not mean they will or won’t ultimately develop a disease.”

As with all genetic testing, it’s your decision in the end, so be as informed as you can. Diahan’s quick reference guide Understanding 23andMe (a Companion Guide to Autosomal DNA for the Genealogist) will help you tap into the company’s services from a genealogical perspective. Over 1 million people have had their DNA evaluated by 23andMe. This website has powerful family history tools and this guide will answer the most pressing questions like:

There’s been a lot of buzz lately over 23andMe’s genetic testing products and services. The company has ongoing issues with the Food and Drug Administration (FDA), which requires paperwork and data they say 23andMe hasn’t provided. A class-action lawsuit is in the works. But the second issue is creating most of the buzz outside of genealogy circles: the idea that 23andMe’s genetic tests could be used to create “designer babies.”

So why does the FDA, a U.S. regulatory agency, care about genetic genealogy kits? Because they’re marketed as more than that. 23andMe describes their kits as tools for helping users make more informed decisions about their personal health. (See the letter sent by the FDA for more details.)

Bottom line? “FDA is concerned about the public health consequences of inaccurate results from the PGS [Personal Genome Service] device; the main purpose of compliance with FDA’s regulatory requirements is to ensure that the tests work….Therefore, 23andMe must immediately discontinue marketing the PGS until such time as it receives FDA marketing authorization for the device.” (emphasis added)

A news reporter describes his experience with 23andMe as very much about health information, not just ancestry: “I apparently have a higher risk of thromboembolism, Alzheimer’s, age-related macular degeneration, type 1 diabetes, melanoma, rheumatoid arthritis, restless leg syndrome, esophageal squamous cell carcinoma, and a number of other conditions I’d never even heard of,” he writes. He adds that the 23andMe site “provides recommendations for lifestyle adjustments and links to medical websites all in the interest of giving me, and others, a chance to review built-in genetic health risks.”

FYI, 23andMe immediately responded to the FDA’s letter with a public statement. “We recognize that we have not met the FDA’s expectations regarding timeline and communication regarding our submission. Our relationship with the FDA is extremely important to us and we are committed to fully engaging with them to address their concerns.”

Many genealogists are wondering what happens next for current 23andMe customers and the products under fire. Legal Genealogist Judy G. Russell’s blog  offers suggestions for customers and an interesting legal perspective. The most recent development is a class action law suit that has been filed against 23andMe (read about it on Forbes).

But a bigger story has been unfolding, too: the idea that 23andMe’s genetic testing could be used to select (or de-select) genes in unborn babies. Wired recently reported that “23andMe has developed a system for helping prospective parents choose the traits of their offspring, from disease risk to hair color. Put another way, it’s a designer baby-making system.”

The story explores existing technologies for pre-selecting genes for babies. Wired quotes 23andMe as saying they have no current plans for using their data this way because there’s no existing demand for it. The issue raises strong feelings on many sides of the question.  The idea that future generations could sidestep serious genetic medical conditions appeals to many. But a lot of other ethical and social questions come up.

These stories remind me that genealogy–gene-ealogy–is about so much more than the past! It’s also about what we do with our lives now and the fate of future generations.

What do you think? Join the discussion by leaving your comments.