Genealogy Giant subscription website Findmypast.com has added more Chicago Catholic parish records to its unique and valuable Catholic Heritage Archive. During the nineteenth century, Chicago was one of the fastest growing cities in the world, with the population increasing twenty-fold between 1860 and 1910 to make it the fifth largest city in the world. Chicago was a veritable boomtown, with its population swelling with European emigrants from Europe, particularly Czech and Polish. The Archdiocese of Chicago was first established as a diocese in 1843 and later as an archdiocese in 1880. It serves the Catholic population of Cook and Lake Counties in northeastern Illinois. 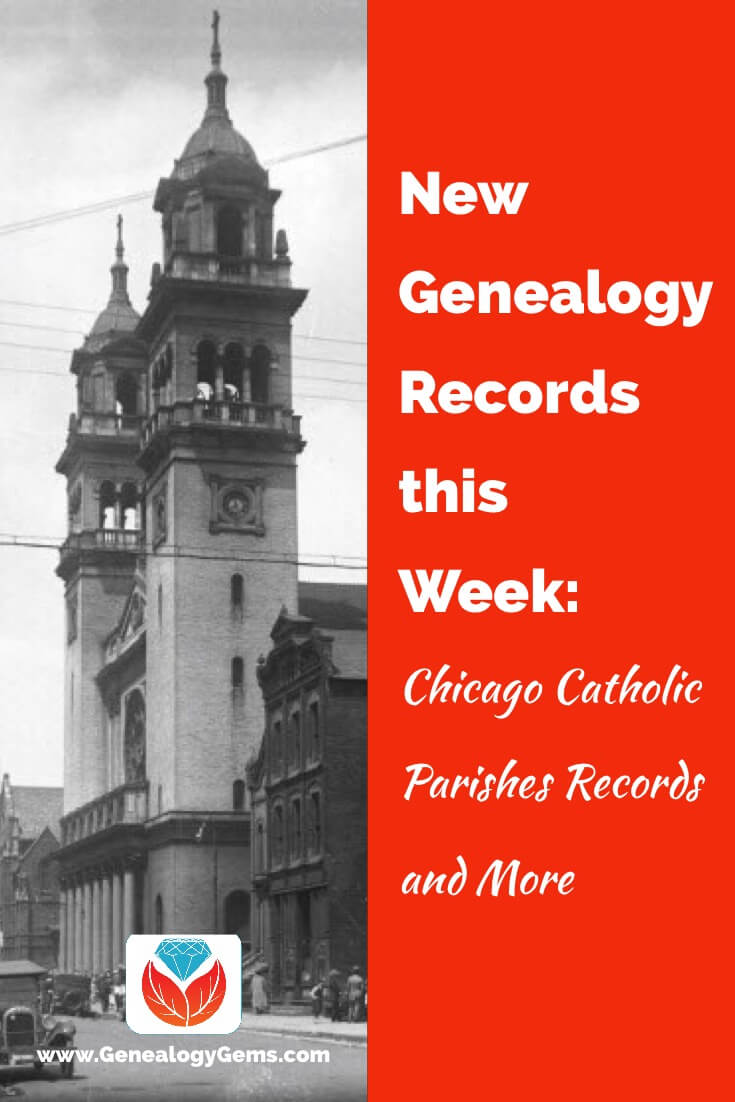 Japanese internment camp testimony. A new digital collection has launched containing testimonies relating to the WWII-era internment of U.S. residents of Japanese descent in the American Commission on the Wartime Relocation and Internment of Civilians (CWRIC) hearings that took place in 1981. According to an online article in the Northeastern Illinois University Independent, “The collection contains the hearings, testimonies and individual accounts that were held in the internment camps; these hearings were held to investigate the ethical and constitutional objections” of the executive order that led to the forced detainment of about 120,000 Japanese-Americans for about three years.

Arkansas. The Arkansas State Archive has launched “Arkansas in the Great War,” a three-part online exhibit chronicling the history of the state during World War I. According to the state archives blog, “The exhibit was created through Google Arts & Exhibits and contains over 150 high-resolution images of photographs, letters, government documents and maps that tell the story of Arkansas’s involvement in the war. The first section, ‘Mobilizing the State for War,’ profiles Arkansas before the U.S.’s entrance into the war and how the state mobilized to meet the challenge. Part two, ‘The War at Home,’ examines the domestic impact the war had on Arkansans and explores the contributions of women and African Americans to the war effort. The last section, ‘In the Trenches,’ details Arkansans serving in Europe and the events immediately following the end of the conflict.”

Colorado. The University of Denver’s 123-year-old student newspaper, The Denver Clarion, has been archived online at the university’s Special Collections website. The issues aren’t listed fully chronologically and the collection is still growing; check back to find the issues you’re looking for.

Idaho. The Idaho Transportation Department has launched an archive of 30,000 historic photos it has taken over the years that reflect the state’s history. According to the East Idaho News, “It allows anyone interested to easily access photos as old as 100 years, giving them a look at what the Gem State used to be like. Since its launch a little over two weeks ago, the department has had over 20,000 people access the database.” A collection of historic postcards is also part of the digital archive. Click here to view more about the downtown Boise hotel shown here. 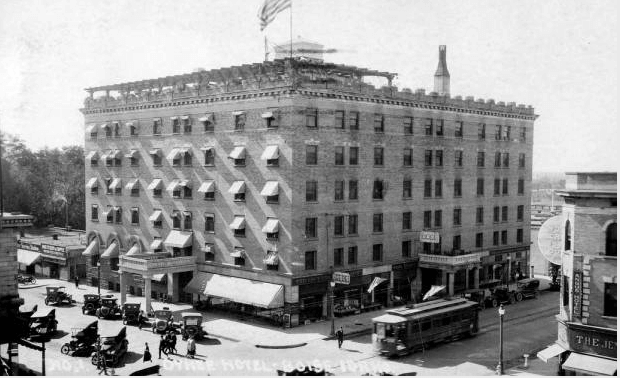 Massachusetts. The New England Historic Genealogical Society has been busily adding more digitized records to its subscription collection at AmericanAncestors.org. Among their recent additions are:

New York. North Country Public Radio has announced the launch of its new archive, “North Country at Work,” covering upstate New York history. According to the site, its purpose is “exploring the work history and contemporary economic landscape of each of the communities in the Adirondack North Country. Our starting point is photographs—images of people at work, the tools they use, the spaces their work occupies or impacts…We expand to personal stories, oral histories, and other content to deepen our understanding of how the livelihoods of people across northern New York looked in earlier times.”  The public is invited to contribute.

North Carolina. The State Archives has added 60 new items to its North Carolina in World War I digital archive. Among the items are correspondence from a woman at the Front, war journals, field notebooks and other papers. Click here to read about and access the new additions.

Also for North Carolina, now at Digital NC you can “browse through 175 issues of The Stentorian, the North Carolina School of Science and Mathematics’ (NCSSM) student-run newspaper,” states the Digital NC blog. “NCSSM is a residential high school located in Durham, NC. It was founded in 1980 to provide a two-year public education to high school students focusing on science, math, and technology. The Stentorian covers student life and school events spanning the last four decades, from 1981 to 2017.” Click here to read more.

Virginia. A newspaper, The Virginian-Pilot, has launched an online database “of every Virginian who lost his or her life serving abroad in the military since the Sept. 11 terror attacks. The database includes a short story about each one, compiled from news reports across the country, obituaries, memorial websites, social media posts and YouTube videos, among others.”

Washington. A partnership between state and educational leaders has produced Primarily Washington, “an online education portal designed to bring lesson plans together with the primary sources in our collections,” according to the state Secretary of Education’s blog. “The Primarily Washington portal currently contains 6 lesson plans, on topics including the Everett Massacre, Territory to Statehood, teaching elections, and Legacy Washington’s Korea 65 exhibit. Drawing from our plethora of newspapers and items in our Classics in Washington History digital collection, more lesson plans will be added this summer. The portal also presents the Emma Smith Devoe Scrapbook Collection, a wide-ranging set of early 20th-century newspaper clippings and other documents about important contemporary topics such as women’s suffrage.”

Keep track of your online discoveries

Ever found something online–perhaps at a site like those mentioned above–then forgotten where it was? Watch Lisa Louise Cooke’s free video for FANTASTIC tips on organizing your online life. Your searches, your discoveries, your emails–whatever content you use online, Lisa’s got a way to organize it so you can find it again!