France, Brittany, Church and Civil Records, 1521-1896 is a new collection of more than 2.4 million birth, marriage, and death records from Ille-et-Vilaine and Côtes-d’Armor. It’s now free to search on the Genealogy Giant FamilySearch.org. In addition to knowing the name of the person you’re searching for, the site also recommends you have a good idea of at least one additional piece of information about them, such as a birthplace, birth date or parents’ names, so you can more confidently distinguish your relatives from others with similar names.

Click here for links to resources on reading French-language records—and keep reading for a link to learn more about getting and using your free guest account at FamilySearch.org. 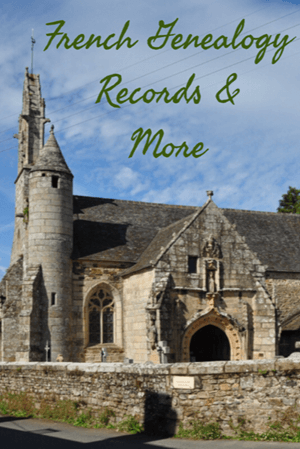 Nearly 360,000 indexed names have been added to Chile, Civil Registration, 1885-1932, a collection of indexed and imaged birth, marriage, death and other records created by civil registration offices in Chile. Some of the 1.6 million record images have been indexed, so you can search for ancestors by name. More names are being added on an ongoing basis, so keep checking back—or browse the records yourself if you know the approximate time and place to find your family’s names in them.

Another new (and free, as always on FamilySearch.org) collection is 250 years’ worth of German Catholic birth, marriage and death records: Germany, Rhineland, Diocese of Trier, Catholic Church Records, 1704-1957. Important note: the collection description states that “These images are available to view at Family History Centers…If possible, visit your nearest Family History Center to view the images.” Click here to find a Family History Center near you—and contact them to confirm their hours and access to the records you want.

More than 200,000 free records have been added to an existing FamilySearch collection of over 6 million records, Netherlands, Noord-Holland, Civil Registration, 1811-1950. In addition to births, marriages, and deaths, you’ll also find 10-year indexes, marriage intentions, marriage proclamations, and marriage supplements! According to the collection description, that date range isn’t comprehensive: “The collection covers the years 1811 to 1950, but the exact years vary within each municipality and record type.” 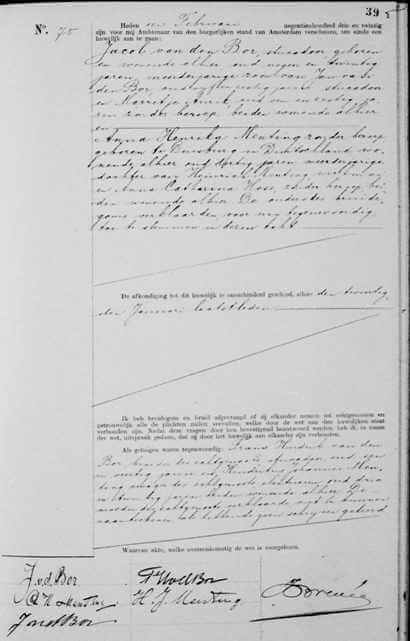 Georgia. The Digital Library of Georgia has announced new digital collections from Spelman College and Morehouse College. Among the digitized resources for these historically black colleges are the Spelman Messenger (1885-2016), “featuring school news, articles by students, creative writings, book reviews, alumni notes and obituaries;” Spelman Catalogs and Bulletins since 1881, Spelman yearbooks (1951-2007) and Morehouse College yearbooks back to 1923. College yearbooks, newspapers and even the annual administrative documents about the degree programs, faculty and campus life, and tuition can give a unique insight into your college-attending forebears.

New Jersey. The Newark Public Library has announced the new Newark Public Library Digital Archive with “over 50 collections and 23,000 items related to African American, Latino, and Newark history.” Documents include genealogically-rich sources such as photographs, city directories, newspapers, and maps. According to the announcement, “Highlights include thousands of photos of Newark Public Schools, the Samuel Berg collection of Newark Street photos, Newark maps and atlases, Newark area newspapers (including the Newark Herald, City News, and La Tribuna!) & so much more!”

FamilySearch is the Genealogy Giant that’s always free to use—so everyone should! Our best tip is to create a free guest login on the site so you can maximize your access to all its resources. Click here to read more about how to use that guest login on FamilySearch.org–and more about what kinds of resources you’ll find at your fingertips there. And did we mention that it’s FREE? 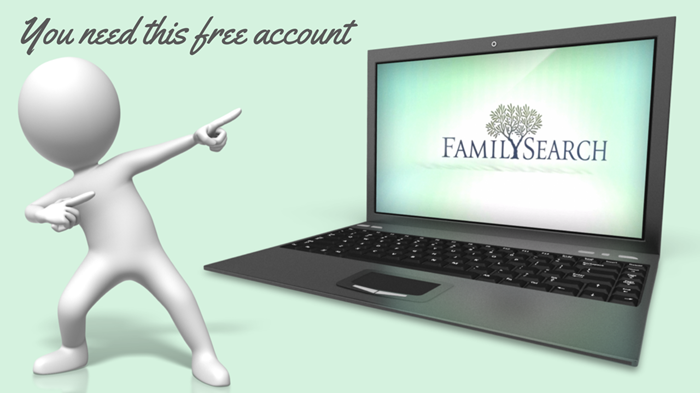 Free Genealogy Records from Around the World: Newly Online!

Over 100,000 indexed names have been added to FamilySearch’s free collection, Argentina, Entre Ríos, Catholic Church Records, 1764-1983. According to a collection description, it includes “baptisms, confirmations, marriages and burials for cities in the province of Entre Ríos.”

An exciting new Australian website houses a digital archive of Aboriginal and Torres Strait Islander language materials. It includes texts, audio, video, and ebooks about Australia’s First Nations languages. The hope of the site is to be a digital repository for gathering, preserving, and sharing materials that in effect preserve these languages and revitalize their use. The site managers will continue to work with partners to bring more content to the site. Click here to read more about the site’s launch, and click here to access it directly.

Both of these collections are comprised of civil registration of births, marriages, and deaths from the Belgium National Archives, as well as marriage proclamations, marriage supplements, and some original indexes. Additional images will be added as they become available.

Several free Brazilian genealogy records collections have been updated at FamilySearch.org. Among them are the following:

Over 300,000 indexed names have been added to FamilySearch.org’s enormous free collection of Bolivia Catholic Church Records, 1566-1996. The collection hosts over 1.5 million digitized images of Catholic Church records created by parishes in Bolivia. “These records include: baptisms, confirmations, marriages, pre-marriage investigations, deaths, indexes and other records. Some of these records have been indexed and are searchable as part of this collection. Additional indexed records will be published as they become available.”

Library and Archives Canada continues to update its free Personnel Records of the First World War database. So far, the database includes “digitized files for many individuals of the Canadian Expeditionary Force and the Royal Newfoundland Regiment and Newfoundland Forestry Corps (courtesy of the Rooms Provincial Archives).”

Newly digitized CEF files are added to the references every two weeks, states the collection’s landing page. To date, over 461,000 of an expected 640,000 files have been added. “Library and Archives Canada is digitizing the service files systematically, from box 1 to box 10686, which roughly corresponds to alphabetical order,” explains a blog post. “Please note that over the years, the content of some boxes has had to be moved and, you might find that the file you want, with a surname that is supposed to have been digitized, is now located in another box that has not yet been digitized.”

FamilySearch.org has updated its free collection, Chile Civil Registration, 1885-1903. These include “births, marriages, and deaths for various localities in Chile from 1885 to 1903. For a complete list of all the provincias and comunas included in this collection, see the Provinces of Chile – Civil Registration coverage table. Only records from a few localities have been indexed. More records and images will be added as they become available.” Need help reading these? FamilySearch suggests using this Spanish Genealogical Word List, which also links to other translation tools.

Over 175,00 indexed names have been added to FamilySearch’s free collection, Dominican Republic Civil Registration, 1801-2010. Spanning over 200 years, the collection includes images of births, marriages, and deaths as well as some divorces and indexes. “Some of these records have been indexed and are searchable as part of this collection,” states the collection description. “Additional images and indexed records will be published as they become available. These records were obtained from public access sources in the Dominican Republic.”

FamilySearch has updated its collection of indexed Catholic parish record images for Coutances et d’Avranche Diocese, 1533-1894. Baptisms, marriages, and burials are all included. “Parishes within this diocese are within the boundaries of the department of Manche,” states a collection description. “French commission for Informatics and Liberties (CNIL) does not allow publication of sensitive data below 150 years.”

FamilySearch continues to publish more Italian civil registration records! These are some of the latest:

Just shy of a million records have been added recently to FamilySearch’s free collection, Netherlands, Archival Indexes, Miscellaneous Records. “Archives around the Netherlands have contributed indexes which cover many record sources, such as civil registration, church records, emigration lists, military registers, and land and tax records,” says the collection description. “These records cover events like birth, marriage, death, burial, emigration and immigration, military enrollment and more. These indexes were originally collected, combined and published by OpenArchives.”

There are now over two century’s worth of records in the free FamilySearch collection, Nicaragua Civil Registration, 1809-2013. It includes “births, marriages, deaths, and other records created by civil registration offices in various departments of Nicaragua.” Civil registration in Nicaragua didn’t begin until 1879, and it appears that most records in this collection date from that year or later.

Nearly 125,000 browse-only images have been added to FamilySearch.org’s free collection, Paraguay Miscellaneous Records, 1509-1977. According to the site, “These records include two complete collections: Sección Nueva Encuadernación (Rebinding Section) and Sección Propiedades y Testamentos (Properties and Wills Section). Copies of the original records are housed at the Archivo Nacional in Asunción, Paraguay. The “Propiedades y Testamentos” section can give a brief look at the personal wealth of clerics, economic bases of resident foreigners in Paraguay, or the fortunes of a given family over a period of time.”

FamilySearch.org has updated its free collection, Russia, Samara Church Books, 1779-1923.  It includes “images and partial index to records of births and baptisms, marriages, deaths and burials performed by priests of the Russian Orthodox Church in the province of Samara. These records were acquired from the state archive in that province.” Another brief statement in the collection description illustrates the incremental and ongoing nature of record additions to FamilySearch: “Currently this collection is 4% complete. Additional records will be added as they are completed.” 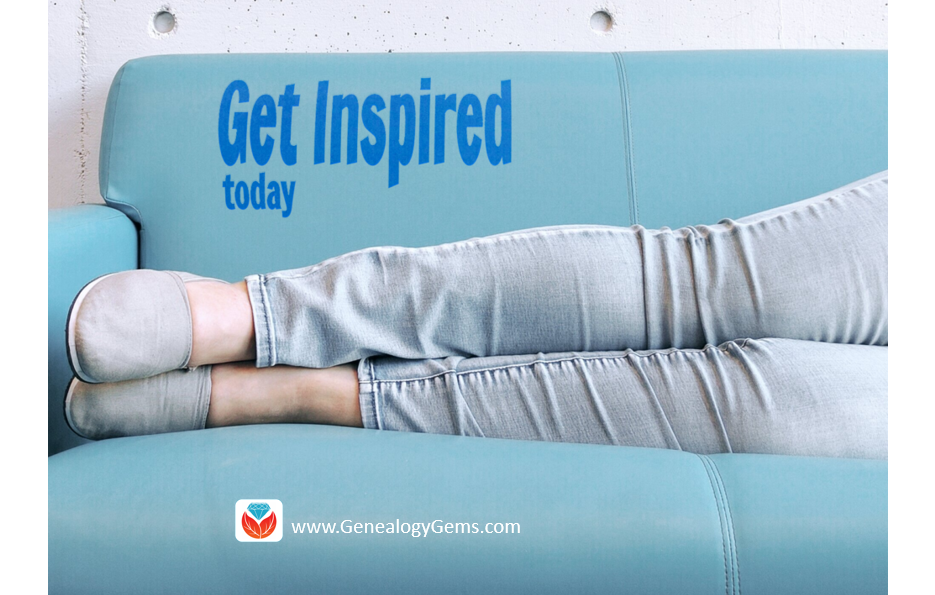 Probate records detailed the final settling of our ancestors’ financial assets. They often contain rich genealogical information and interesting insights into a person’s life. They are among the many records you might find at courthouses and government archives. More U.S. probate records are coming online (click here to learn more), but even if you have to visit a courthouse yourself or hire someone to do it for you, it’s often worth it. Click here to read why.

Thanks for sharing this post with those who will want to know about these free genealogy records online! 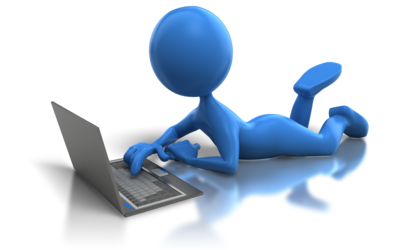