Check out these three important regional digital archives, followed by state-level collections of new US genealogy records from the East Coast to the West—and the South to the North.

The Bancroft Library at the University of California, Berkley, has published the massive Japanese American Evacuation and Resettlement Digital Archive. According to a university announcement, this new online resource “includes approximately 150,000 original items including the personal papers of internees, correspondence, extensive photograph collections, maps, artworks and audiovisual materials.” This project, together with a companion study, “form one of the premier sources of digital documentation on Japanese American Confinement found anywhere.” 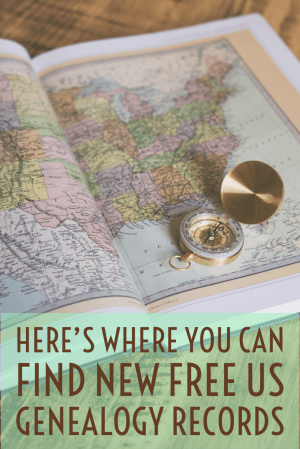 You can now search over 50 newspaper titles (1887-1944) from the Hoji Shinbun Digital Collection. It’s “the world’s largest online archive of open-access, full‑image Japanese American and other overseas Japanese newspapers,” according to digital newspaper website developer Elephind. “All image content in this collection has enhancements added where possible, thus rendering the text maximally searchable. The holdings of each title are also browsable by date, with each title cross searchable with other titles on the platform. This collection is planned to contain some sixty newspapers published in Hawaii and North America. Most publications present a mix of content in Japanese and English, with formats and the proportionality of Japanese/English often changing as a reflection of shifting business and social circumstances.”

African Americans on the West Coast

The Official California Negro Directory and Classified Buyers Guide for 1942-43 is now available for free on Internet Archive. According to this news article, it “contains residential and business listings for California, Oregon and Washington. The 1942 directory includes ads for both black-owned businesses and white-owned businesses that accepted black trade, similar to The Negro Motorist Green Book, a travel guide issued for more than 30 years to help African-Americans find hotels and restaurants that would accommodate them during a time of rigid segregation.”

The Civil War in the Cumberland Gap

The Abraham Lincoln Library and Museum in Harrogate, TN houses the valuable Cumberland Gap Byrnes Collection. According to the site, “The Cumberland Gap was a strategic location during the American Civil War and changed hands several times throughout the course of the conflict. The collection includes correspondence, cartes-de-visite, and artifacts from soldiers belonging to the 16th, 42nd, and 185th Ohio Volunteer Infantry, units that were stationed for a time in and around the Cumberland Gap area.” The collection is being digitized and uploaded to a free digital archive on an ongoing basis.

California. The free genealogy giant FamilySearch.org has added over 667,000 indexed names to its existing collection of California, County Birth and Death Records, 1800-1994. According to the collection description, “Registers, records and certificates of county birth and death records acquired from county courthouses. This collection contains some delayed birth records, as well. Some city and towns records are also included. Records have not been acquired for Contra Costa, Imperial, Kern, Kings, Modoc, Napa, San Francisco, San Mateo, Siskiyou, Solano, Tulare and Ventura counties. The name index for death records covers Stockton, Lodi and Manteca cities and San Benito and San Joaquin counties.”

The new Sonoma County Fires Community Memory Map is a new crowd-sourced digital archive that has come after a fast-moving wildfire burned over 100,000 acres of land across the county. According to the site, it “serves to provide a central place where people can share photographs and stories of the places that we lost overnight. Through the power of community, we aim to reconstruct a digital collective memory. Residents and visitors of beautiful Sonoma County can share their recollections of the places we no longer have.” Here’s a moving article about the story behind the site’s creation.

Georgia. A new post-Civil War record index has been published at FamilySearch.org. So far, Georgia, Reconstruction Registration Oath Books, 1867-1868 includes nearly 175,000 names. “Registration Oath Books [were] created by U.S. military officials stationed in Georgia following the Civil War,” explains the collection description. “Registers typically contain each voter’s name, county of residence, date of registration, race, and an oath of allegiance to the United States. The oath of allegiance was required in order to register. Registered voters would then elect delegates to the state’s constitutional convention.” Don’t forget to use your free guest login at FamilySearch.org for the maximum level of online access to records. Click here to learn more about this.

Illinois. About 1,700 digital images depicting the history of Rockford (Winnebago County), Illinois have been published in the Midway Village Museum’s Online Collections. According to the site, the images include: “postcards and photographs of central Rockford, Camp Grant, and local landmarks and businesses; photographs of community activities in the late 1800s and early 1900s; letters home from Rockford boys fighting in the Civil War; [and] transcripts from interviews done in 2007 with immigrants to Rockford and their children.”

Massachusetts. FamilySearch.org has published a new collection of early 20th-century naturalization records. Massachusetts, Naturalization Records, 1906-1917. Over 71,000 digitized record images are browseable on the site. Nearly 100,000 names have been indexed to date (more names will be added as they are indexed). These records are from petitions and records of naturalizations of the U.S. District and Circuit of Massachusetts.

New Jersey. Digital historical newspapers from New Jersey are finally being added to Library of Congress website, Chronicling America. Only one paper, the Perth Amboy Evening News, has been published on the site so far, but more are coming. “Upon the project’s completion, 100,000 pages of New Jersey newspapers will be available through the site,” states this news article. 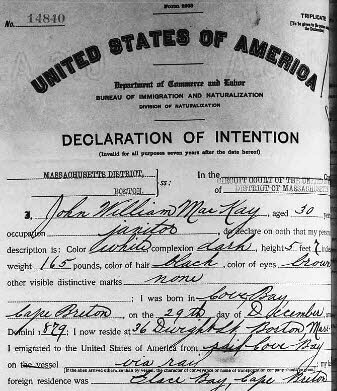 New York. Over 1.6 million names have been added to FamilySearch.org’s free collection, New York Book Indexes to Passenger Lists, 1906-1942. This collection will continue to grow as more names from its 748,000 digital page images are indexed. You may browse unindexed pages: the indexes are grouped by shipping line and arranged chronologically by date of arrival.

Also, the Hudson River Valley Heritage Historical Newspapers project has now published issues from 34 newspaper titles dating from 1831 to 2013. Counties covered include Dutchess, Orange, Rockland, Ulster and Westchester. According to the site, “This collection contains 28,946 issues comprising 300,793 pages and 1,017,782 articles.” 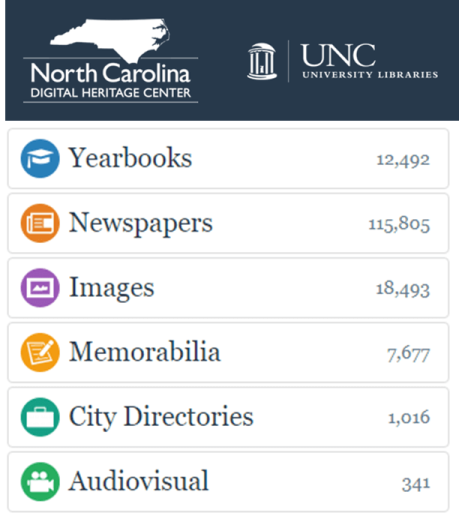 Ohio. The public library system in Gallipolis (Gallia County), Ohio has put its entire local historical newspaper collection online. The collection spans 123 years of news (since 1895) and includes Daily Times, Sunday Times-Sentinel, The Gallipolis Daily Tribune and others. The digital publication of issues of some newspapers through 2017 is unusual and required the publisher’s permission. Access these at the Digital Archives of the Bossard Memorial Library.

Newspapers.com recently sent out a “Year in review” statement that is worth passing along. They report that in 2017, the site added nearly 1,400 new newspaper titles. “With an average of 9,203,918 pages added per month, Newspapers.com added 110,447,021 pages’ worth of new content last year!”

Additions in 2017 span 41 U.S. states, Washington D.C., the UK, and Canada. They added the most newspaper titles for Alabama (265), Kansas (187), Arkansas (151), Mississippi (126) and Utah (91). Breaking it down by the number of pages added, though, you can see they added substantial content for other states, too—with Utah making both lists:

Newspapers.com now claims over 338 million total pages of newspaper content. If it’s been a while since you’ve last looked around the site, it may be time to visit again and explore your ancestors’ lives in print. 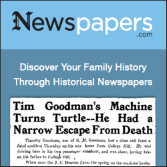