In this episode we start off by talking about a group of records critical to family history research in my home country: U.S. Federal Census Records. You’ll learn not only what to find in the regular schedules, but about the enumerators, the instructions they followed, and special sections like the economic census.

Then in our second segment we go straight to the source: Bill Maury, Chief of History Staff at the U.S. Census Bureau. I’ll be talking to him about the History section of the Census Department’s website. Note the updated Genealogy tab on the site, as well as the Through the Decades tab, which is packed with historical information for each census.

Since the show first aired, the 1940 U.S. Census has become publicly available. This was the largest, most comprehensive census taken, with over 132 million names of those known as the “greatest generation.” Full indexes and images are available at several sites. Your first stop should be the National Archives’ official 1940 census website to learn about the census itself. Then search it at your favorite genealogy data site in one of the links below.

Finally, I gave you specific instructions in the podcast on searching the 1930 U.S. Census online at Ancestry.com. To specifically search any of the U.S. censuses (or any other record collection) at Ancestry.com, go to the Search tab and select Card Catalog. You’ll see several censuses among the options they give you, or you can enter keywords like “1940 census.”

OR Learn more about researching from microfilm at the National Archives website.

Disaster Preparedness for Genealogists Part 2: Duplicate the Past

In celebration of National Preparedness Month in the United States, I’m running a four-part post on securing your family history archive and research against disasters. Last week I talked about assessing and prioritizing your original family artifacts, photographs and documents. This week’s tip:

DUPLICATE THE PAST. There’s no true substitute for an original family Bible, but if it’s lost, you at least want to have a copy. Scan your original photos, documents, and other flat artifacts—including the important pages of that Bible. While you could carefully use a flatbed scanner, consider a portable scanner or a mobile scanning app like Genius Scan or Scanner Pro.

Next, photograph dimensional family artifacts like artwork, handicrafts, clothing, military and school memorabilia, etc. Use a regular digital camera or the camera on your phone or tablet/iPad. Make sure you label the photos by using the metadata fields in digital files or by printing them out and captioning them in an album. Consider using the Heirloom Inventory Kit developed by the folks at Family Tree Magazine to create an archival record of your artifacts with images, stories and more.

Have you ever brought back a favorite family tradition from your childhood? I did that with a favorite Memorial Day tradition–revived with a little help from YouTube. 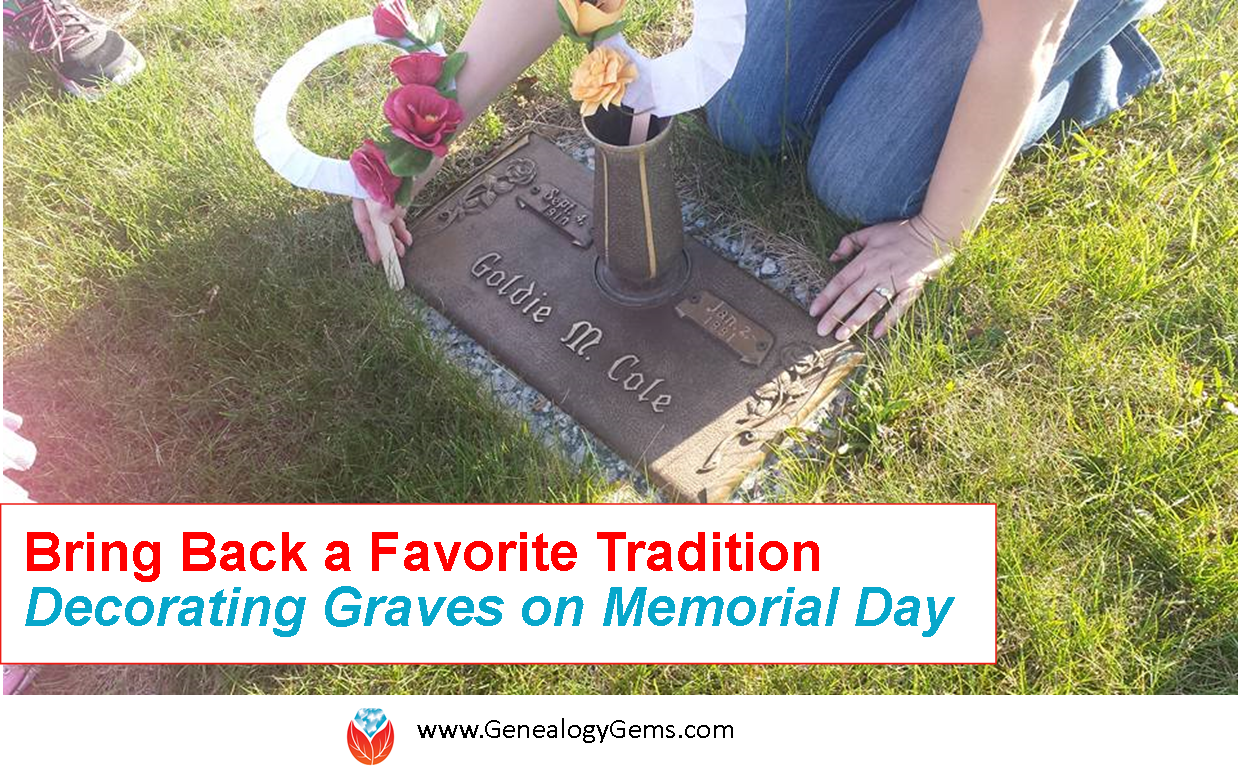 Deep in the hollows of Virginia lived ‘Big Grandma’ with her nine children. She was a mountain woman, schooled only in the herbs she could sell for money. Celebrations were few, but Decoration Day was special. She would gather her children together to make crepe paper flowers and then hike up the mountain to lay them on the graves of loved ones.

This year, I revived this tradition by teaching her great-grandchildren the art of making crepe paper flowers for Decoration Day (now known as Memorial Day.) It wasn’t easy. My mother hadn’t made crepe paper flowers with us since I was 10 years old!

First, we had to find the crepe paper. I tried using crepe paper streamers, but the paper was too delicate and not stretchy enough. Crepe paper is unique. It is strong and very stretchy which lends to the realistic shape of petals and leaves. With a little help from Google, I found PaperMart, an online store that sells rolls of colorful crepe paper for $1.93 a roll. Each roll is 8 feet long and 19 inches wide. A roll this big will create bouquets of lovely flowers!

I ordered a variety of colors for petals, some green for the leaves, and yellow for the middles. Floral stem wire, floral stem tape, paddle wire in 24 gauge, and tacky glue are other must-haves.

Without Grandma around, it was left to me and Mom to remember how to make each type of petal. YouTube to the rescue! With videos like the one below, we were able to re-teach ourselves the techniques for creating beautiful roses, peonies, morning glory, and mums. (Click here to read more ideas on using YouTube for family history research.)

After family dinner, we gathered together as mothers, sisters, and cousins to laugh and giggle as we tried to create each piece. I was able to share with the next generation the story of Decoration Day in the “holler.” Many of the young ones asked, “Why can’t we just buy the flowers?” I am sure it would have been easier and quite a bit quicker to buy flowers, but I wouldn’t trade the opportunity to share this tradition with them for the world. 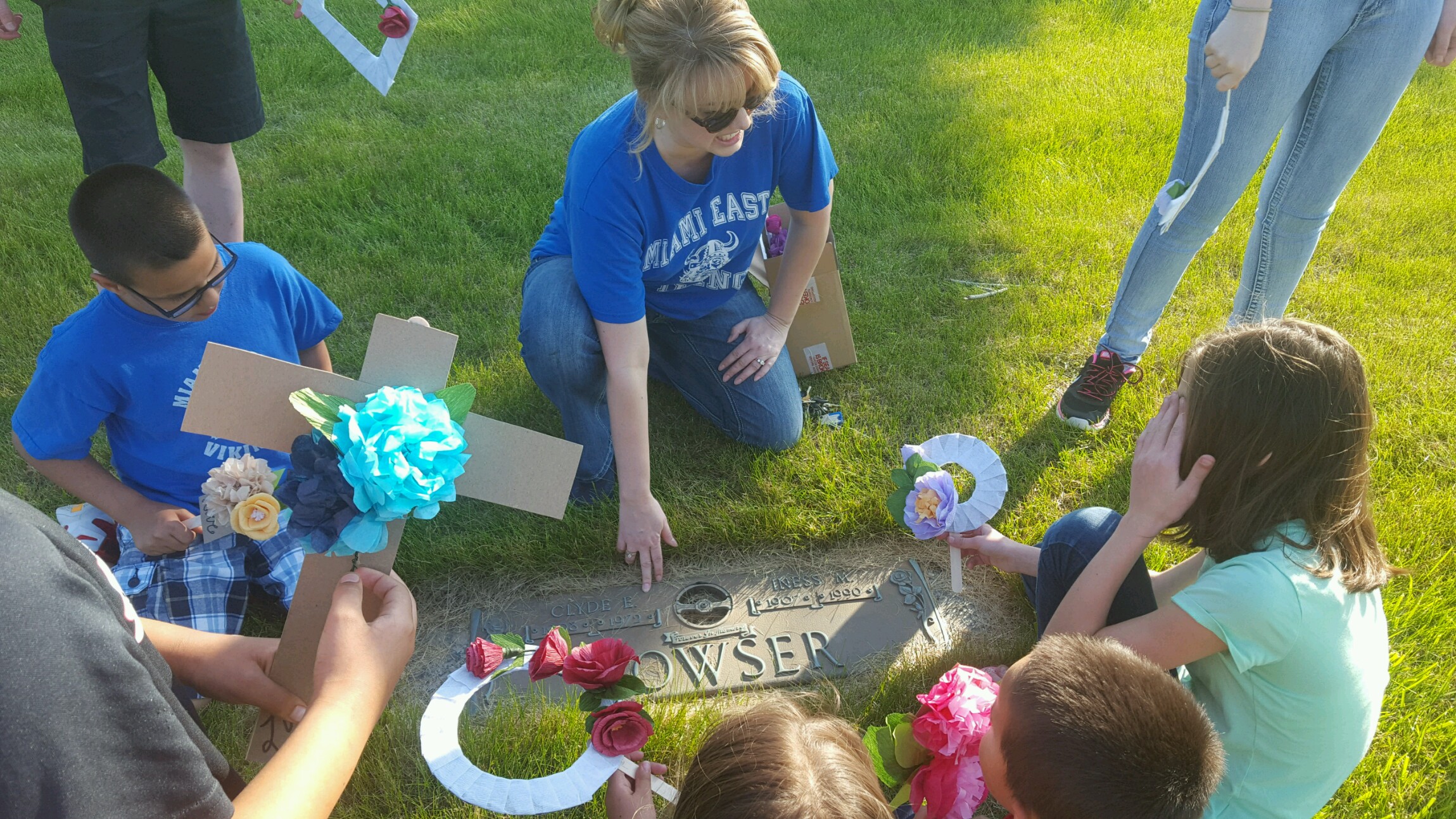 This week, we gathered as an extended family to place our crepe paper flowers on the graves of our ancestors. You know what? When we came to Big Grandma’s grave, all the children wanted their flowers to be placed there. They remembered! My heart was full and I could imagine Grandma looking down at all these little children as they were following in her footsteps.

A Memorial Day tradition like this is a wonderful way to teach family history to our children. Other ideas include learning a hobby that our ancestor enjoyed. Several years back, I decided I wanted to learn to play the guitar like my uncles did. It was their favorite past time to get out the guitars for an old-fashioned singin’ after Thanksgiving or Christmas dinner. The family would gather in the living room to sing favorites like “Amazing Grace,” “When the Roll is Called up Yonder,” and “Jesus is Coming Soon.” A new guitar and YouTube practice tutorials and I was strumming along with them at the family reunion.

With today’s easy access to online tutorials and videos, you can learn and share your ancestors’ lives in this unique and personal way. Pick something today and share your favorite family traditions and past times with your loved ones. 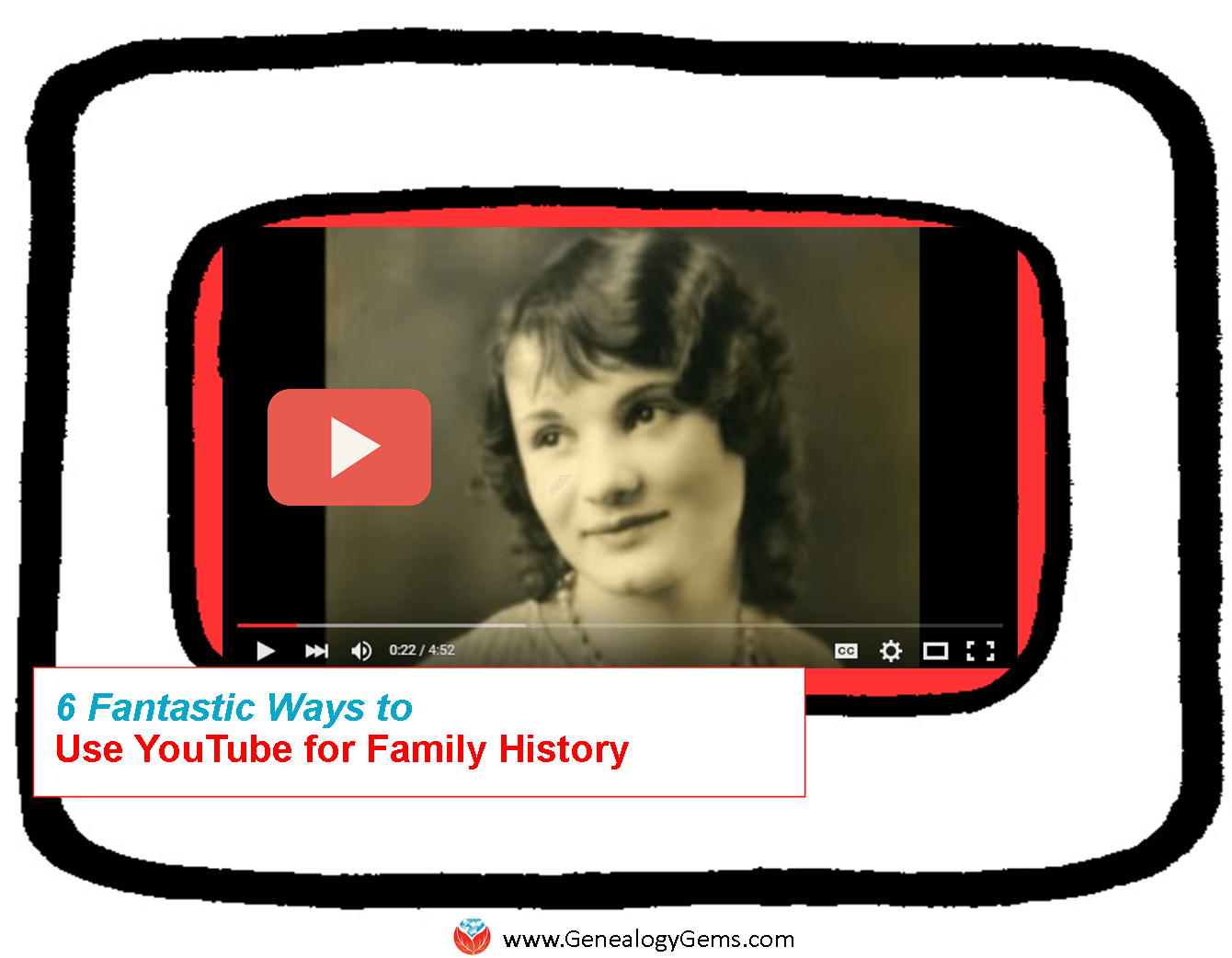