Where You Can Find Over a Million British Church Records that are Now Indexed!

Over a million Church of England records from the county of Norfolk are among materials now indexed at FamilySearch.org. 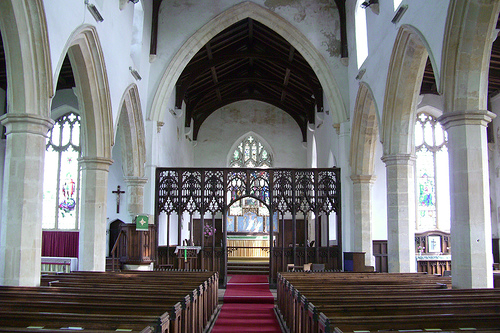 The collection includes bishops’ registers of baptisms, marriages and burials from the mid-1600s to the mid-1900s.

The Church of England was a state-sponsored church. This helps genealogists because it means that most everyone who lived there (until the mid-1800s or so) is likely to show up in Church of England records. So if you had English ancestors who lived in Norfolk, take a look. These images have been online since 2010, but the new index makes them a lot easier to search!

The 1915 New Jersey State Census was recently released on FamilySearch. What a great opportunity to remind everyone about valuable U.S. state-level censuses taken between federal censuses.

Along with everyone who has U.S. roots, we love the federal census! We just wish there were more of them. Well, we can’t go back in time and make the federal government take more censuses. But we CAN turn to the many state census records.

, author Ann S. Lainhart tells us 3 reasons for seeking out state censuses (and colonial and territorial censuses that preceded them):

For example, FamilySearch just announced that it’s added more than 2.7 million records from the 1915 New Jersey Census  to its free online collections. “New Jersey records…was a popular settling point for millions of immigrants during the heyday of US immigration from 1892 to 1924,” states a press release. These records include “the names of each member of the household, location, gender, birth date (month and year) and birthplace.” New Jersey took censuses every 10 years from 1855 to 1915: FamilySearch has 1885 and 1905; 1895 is at Ancestry.

Actually, MOST U.S. states took some kind of census in the past. Ancestry’s wiki has a full list of U.S. colonial, state and territorial censuses. A lot of these are online at Ancestry and/or FamilySearch; a Google search of the state, year and “census” will lead you to these.

A Surprising Lesson on Using Census Records for Genealogy

1950 Census Substitutes: What to Use Until its Release Date

Thank you for sharing this post with others who may want to know more about state census records!

Yay! More Digitization of Genealogy Records at the National Archives (US)

The US National Archives has signed agreements with FamilySearch and Ancestry to put more of the Archives’ unique genealogical treasures online. We think that’s worth shouting about!

The National Archives has been working with FamilySearch and Ancestry for years to digitize genealogical treasures from its vaults. Contracts have been signed to continue efforts with both partners to digitize even MORE genealogy records at the National Archives: MORE birth, marriage, death, immigration and military service records! Here are some highlights from the contract:

1. Partners will now “be able to post segments of large collections immediately, rather than waiting for the entire collection to be completed.” This sounds familiar to users of FamilySearch, which regularly dumps un-indexed chunks of digitized content onto its site just to make it available faster.

3. Ancestry will have a shorter time period (by 12-24 months) during which they have exclusive rights to publish the images together with the index. After that, the National Archives can put the material on its site and/or share it with other partners.

4. The National Archives “will continue to receive copies of the digital images and metadata for inclusion in its online catalog….The public will be able to access these materials free of charge from National Archives research facilities nationwide [not online]. Ancestry.com makes the digitized materials available via subscription.”

What kind of data is already online from The National Archives?

FamilySearch and Ancestry already host digital images of millions of National Archives documents: U.S. federal censuses. Passenger lists. Border crossings. Naturalization records. Compiled military service records. Freedman’s Bank and Freedmen’s Bureau records (the latter are currently being indexed). Federal taxation records. And the list goes on! According to the press release, before these partnerships began, “many of these records were only available by request in original form in the research rooms of the National Archives.”

to search all the National Archives content on Ancestry (more than 170 million images; subscription required to view).

Just in case you’re wondering (and I was wondering), The National Archives isn’t playing favorites with their partnerships. This list shows that a National Archives partnership is pending with Findmypast. They’re already working with Fold3. I wasn’t surprised to see the John F. Kennedy Library on their list, but I wouldn’t have guessed the Royal Commission on the Ancient and Historical Monuments of Scotland!