Are you tracing the family history of someone who lived in the U.S. during the 20th century? Check out a wonderful free database in the United States called the Social 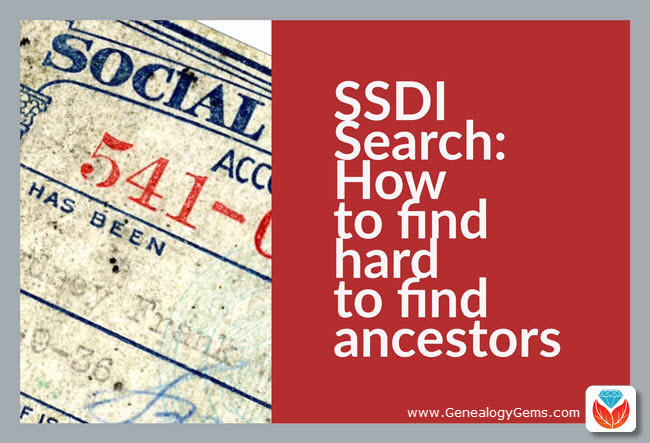 Security Death Index, or the SSDI. Keep reading for 5 FREE online sources for the SSDI, 7 tips for searching the SSDI and what you can do with SSDI info.

Most of the information included in the index dates from 1962, although some data is from as early as 1937. This is because the Social Security Administration began to use a computer database for processing requests for benefits in 1962. Many of the earlier records back to 1937 have not been added.

The SSDI does not have a death record for everyone; and occasionally you may find an error here and there if something was reported inaccurately, but overall it’s a terrific resource! It’s especially great for many people who were missed in the 1890 census or whose birth predated vital records registration in their home state. Remember they just needed to live past 1937 and to have worked to have been included. So they could have been born sometime in the later 1800s.

5 FREE Online Sources for the SSDI

Several genealogy websites provide free access to the SSDI, including (click to go right to the SSDI at these sites):

On the Search page, enter your relative’s name and other details you’re asked for. Hopefully you will get back results that includes your relative!

7 Tips for Searching the SSDI

If  your relative doesn’t show up in the SSDI, even though you know they worked after 1937 and you know they have passed away, try these search tips:

1. Does the website you are using to search the SSDI have the most current version available? Look in the database description on the site to see how recently it was updated. Try searching at other sites.

2. Make sure that you tried alternate spellings for their name. You never know how it might have been typed into the SSDI database.

3. Many SSDI indexes allow you to use wildcards in your search. So for example you could type in “Pat*” which would pull up any name that has the first three letters as PAT such as Patrick, Patricia, etc.

4. Try using less information in your search. Maybe one of the details you’ve been including is different in the SSDI database. For example it may ask for state and you enter California because that’s where grandpa died, when they were looking for Oklahoma because that’s where he first applied for his social security card. By leaving off the state you’ll get more results. Or leave off the birth year because even though you know it’s correct, it may have been recorded incorrectly in the SSDI and therefore it’s preventing your ancestor from appearing in the search results.

6. Remember that married women will most likely be listed under their married surname, not their maiden name. But if you strike out with the married name, go ahead and give the maiden a try. She may have applied for her card when single, and never bothered to update the Administration’s records. Or if she was married more than once, check all her married names for the same reason.

7. Don’t include the zip code if there is a search field for it because zip codes did not appear in earlier records.

While most folks will appear in the SSDI, there are those who just won’t. But knowing where information is not located can be as important down the road in your research as knowing where it IS located, so I recommend making a note in your database that you did search the SSDI with no result. This will save you from duplicating the effort down the road because you forgot that you looked there.

What You Can Do with SSDI Information

Now, here comes the most exciting part of the SSDI: what you can do with that information. First, it usually includes a death date (at least the month and year) and sometimes a state and last known residence. Use this information to look for death records, obituaries, cemetery and funeral records. And use that Social Security Number to order a copy of your relative’s application for that number: the SS-5. Click here to read more about the SS-5 and how to order it.

Get Started: How to Find Your Family History for Free

7 Great Ways to Use Your iPad for Family History

How to Find Your Family Tree Online 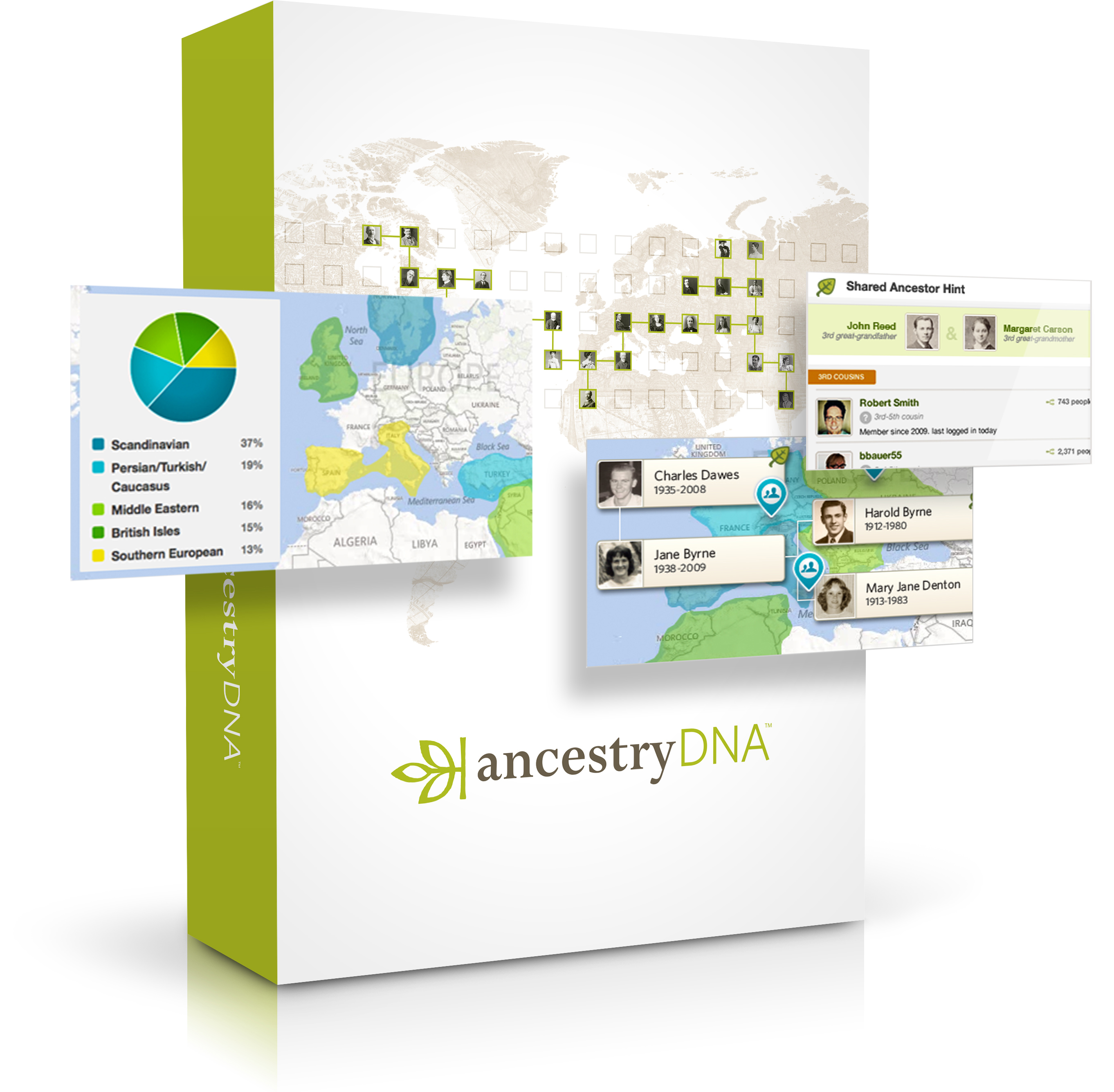 You may recall from our recent DNA discussion on the Genealogy Gems podcast (Episode 168) that Ancestry.com recently discontinued their mtDNA and YDNA tests (the two that trace our direct maternal and direct paternal lines) to focus on autosomal DNA (which delivers information about both your mother’s and your father’s side of your ancestral tree).

Well, recently I attended an all-day meeting hosted by Ancestry.com: a summit to talk about current trends and accomplishments at Ancestry DNA

, and ideas about the future of DNA testing at Ancestry.com.

The meeting included a diverse group of Ancestry representatives, from CEO Tim Sullivan to members of the marketing, scientific, communications, and even computer science departments, as well as some of the top voices in genetic genealogy. It was an open and lively discussion, and I walked away with a few gems I want to share with you today. 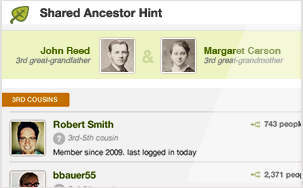 While this method worked for a large number of cases, it was leaving a lot of stones unturned. But the IT guys at Ancestry have beefed up the computer power, allowing them to cover a much greater distance through our trees and the trees of our matches before making a judgment about the best place to assign that shaky leaf.

There is no question that the genetic genealogy industry is rapidly advancing, and our discussion with Ancestry certainly didn’t disappoint. While I will be sharing with you in future posts about some of the exciting changes, I do want you to be ready for one that buy anxiety medication online uk will be coming online fairly soon.

It has to do with your matches. If you have been tested by AncestryDNA, you may have been initially excited, then nearly immediately overwhelmed, by the number of individuals listed in your match page, all claiming to have some kind of connection to you and your family tree.

All three major genetic genealogy testing companies (AncestryDNA, Family Tree DNA, and 23andMe) are using basically the same laboratory methods to glean information from your DNA. What differs is how they use that data to draw conclusions about your ethnic heritage and about your relationships to other individuals. As it turns out, AncestryDNA has been reporting far more individuals as your relatives than it should have.

You can think of it like this: You have sent out tickets, in the form of your genetic code, to an exclusive party where you (of course!) are the star. However, you have lost the guest list and you are counting on the testing company to check the ticket of each guest before they enter your party to be sure they were really invited.

AncestryDNA was relatively new in the role of party bouncer, and in the interest of not turning away any VIP guests, they initially allowed guests into your party who had (gasp!) forged tickets!! But as AncestryDNA admits more guests, the experience it’s gained in party monitoring is starting to show. 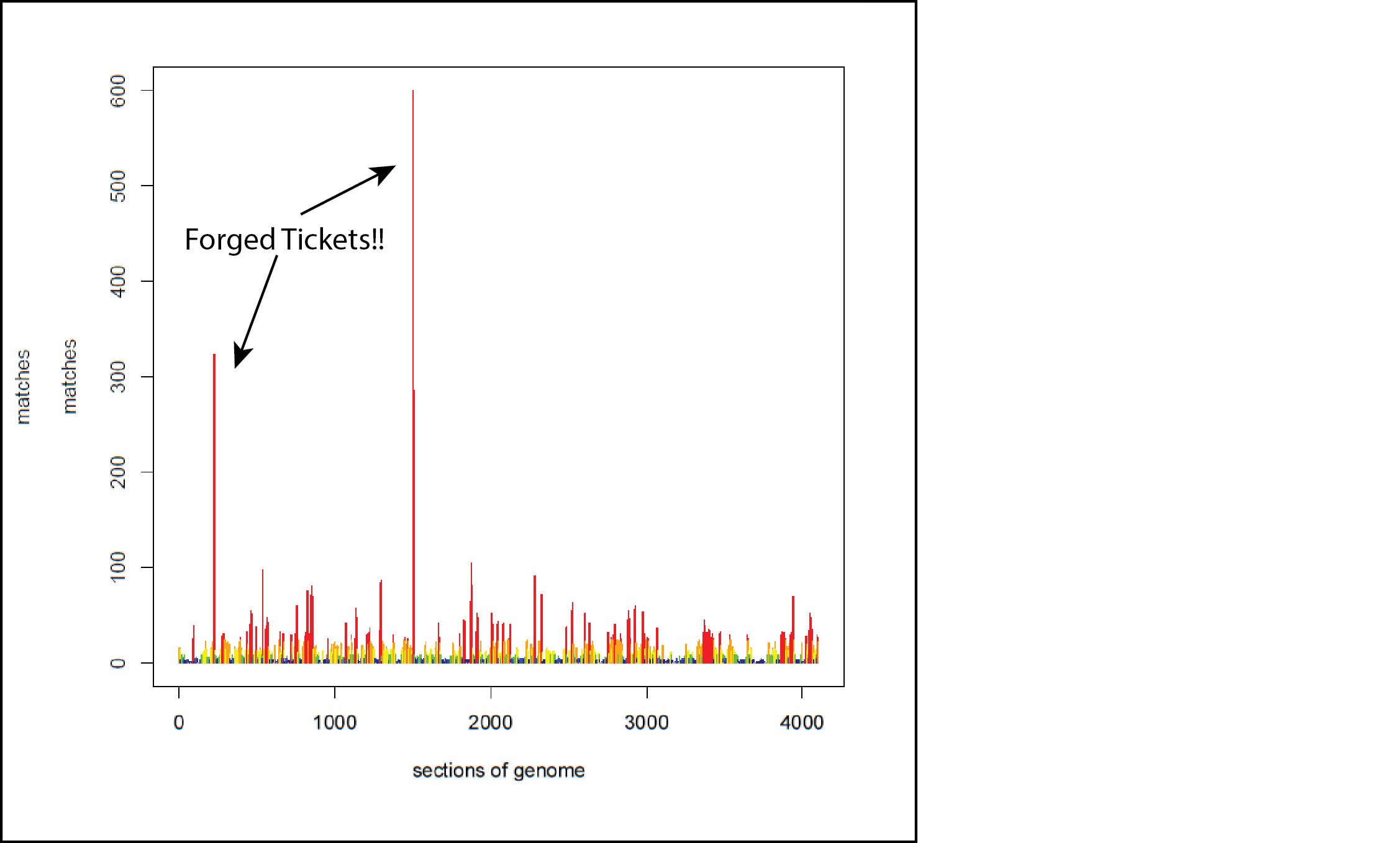 You see, each of the forged tickets has some unique qualities that have started to send up red flags to the team of scientists at AncestryDNA

. They are now in the process of carefully documenting what each forged ticket looks like and tossing those unwanted guests out on their ear.

The short of it: in the near future your match list at Ancestry will be much shorter. Which is good news to you, as it means only those invited genetic cousins will be around eating hors d’ oeuvres and ready to talk about your shared common ancestry.

Each testing company has its strengths and weaknesses. It was good to have a bit of insight into this one company and come to a greater understanding about why it is they do what they do. It is a great time to be in this young genetic genealogy industry, with so much room to grow and change. I will let you know when I find the next genetic gem. 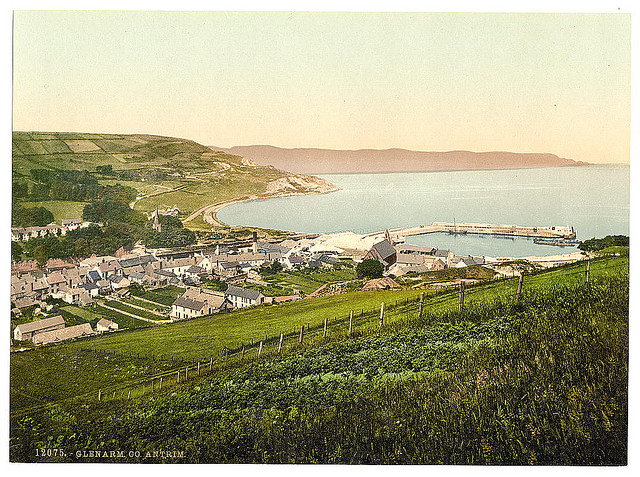