This episode is really about getting a fresh new view of our research and our ancestors’ world. To expand our view we’re going to dig into that word “view” in one of my favorite free tools,  Google books which contains some wonderful gems, and I’ll tell you how to find them. But first I chat with a Genealogy Gems Premium Member  about how her eyes were opened to a new view of her research, and 3 very important things she learned from it.

In Genealogy Gems Podcast episode #238 I shared two tales of mystery. The first was a Valentine’s theme centered around a mysterious love letter. Professional genealogist Kathleen Ackerman shared how a love letter that was missing its last page took her on a genealogical journey full of surprises. And the second story was the mystery of a lost family scrapbook that was chock full of twists, turns and even murder! At the end of that episode I invited you to share your stories of discovery and the lessons you learned along the way. Long time listener and Genealogy Gems premium member Pat Dalpiaz did just that, and she joins me on this episode to tell us about it.

How did you first learn of the story of John Handran?
“John Handran of Newfoundland and Essex County Massachusetts was lost at sea in December of 1885 while aboard the Schooner Cleopatra. The story of that sea disaster is pretty amazing in itself. A brief version is told in the blog post I will reference and share. He left behind a wife and 3 young children.

He also left behind the story of his sea rescue of a fellow Navy shipmate who was swept overboard in Lisbon Portugal from the US Steamer Franklin in 1876, for which he was awarded a Medal of Honor by President U. S. Grant.

This story of his Medal of Honor had been a family story, accepted in full as given by another cousin researcher (expert level). So, I shared it on my blog Gathering the Cousins.”

What stirred the story back up?
“One day about 4 years ago, I was contacted by members of the Medal of Honor Historical Society of the United States as well as by a Canadian who specializes in honoring Canadians who have been awarded the US Medal of Honor. This came about directly as a result of publishing his story on my blog, a point made by others that I can help verify.

What approach did you take to try and verify this story?
“In 2017, I was finally able to locate a newspaper article regarding John’s death that stated he had been in the US Navy connecting him as needed. I found a copy of the 1885 local paper and shared it with the Medal of Honor Historical Society of the United States.”

What are you doing to restore this historical story to your community?
“As a result, they have been able to coordinate the placement of a “In Memory Of” marker at his widow’s grave in Gloucester Massachusetts. It took almost 3 years to accomplish that feat and then the virus interrupted plans to hold a service to mark John’s bravery and service to country.

In addition, I used some of your recommended Google techniques to locate a granddaughter nearby so she can be part of the service when it is held and visit the memorial when she’s ready.”

Where can listeners read more about this and your family history adventures?
“I also contribute to a blog called Good Morning Gloucester and have shared some of this information in that manner as well. Here’s a link to one of those posts.”

Pat did not know there was a group out there specializing in something as specific as Canadians awarded the US Medal of Honor. Writing about the story on her family history blog brought them to her!

The extra work you do to confirm your family stories might require close-reading very old newspapers or other similar documents. Pat says, “It might take a long time but stick with it.”

Pat said she used the techniques that I talk about in the podcast and my book The Genealogist’s Google Toolbox on a regular basis, with ongoing success. She wrote: “Thank you as always for your efforts to share your expertise with us. I just renewed my Premium membership. It’s the most worthwhile genealogy money I spend each year!” 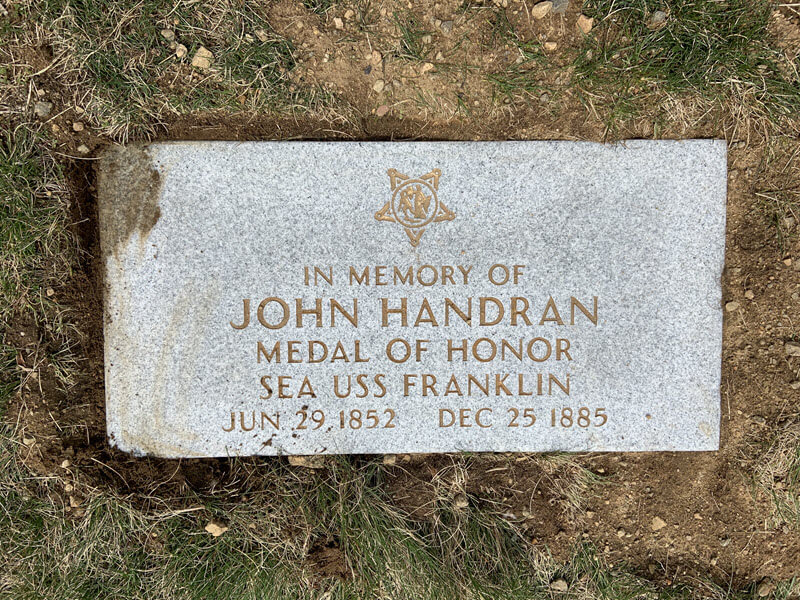 John Handran In Memory Of plaque at Calvary Cemetery in Gloucester MA. An official ceremony will be planned as the pandemic allows. 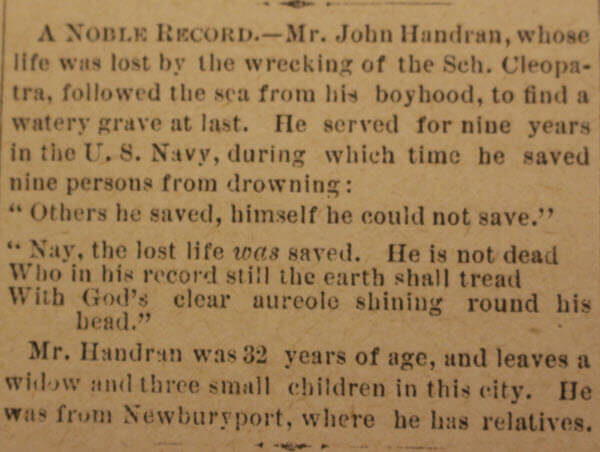 The “smoking gun” part of the newspaper article Jan 1, 1886 in the Cape Ann Advertiser which accompanied a longer article about the Schooner Cleopatra sinking.

Google Books is a goldmine of genealogical resources including over 25 million books. Many of the books are fully digitized and available for free. In this episode we are focusing on getting a view of our ancestors’ world. Simply focusing on the word view can help us find old book that include photographs, illustrations, maps and more.

Try searches such as:

A view of Australia

An illustrated view of California

Once you identify a book of interest, use the thumbnail view button in the toolbar at the top of the screen (it looks like a checkerboard) to view many pages at one time. This will help make maps, photos, and other images easy to spot.

Search Operators are symbols or words that narrow or broaden a search. Quotation Marks can be used when you want to search for an exact word or phrase.

How to narrow your search results only to fully digitized books:

Here are just a few examples of books found using these strategies:

The Ohio Railroad Guide, Illustrated: Cincinnati to Erie Via Columbus and Cleveland

Australia from a Woman’s Point of View By Jessie Ackermann, 1913 – Australia – 317 pages

Wednesday, May 27th. The difficulty of neatly painting cars two different colors led to the patenting of a universally practical product on this date in 1930. Five years earlier, Richard Drew, while working for the Minnesota Mining and Manufacturing Company, had developed an easy-to-peel, glue-backed masking tape. It considerably eased the task of separating two-tone paint jobs on new cars, which until then involved moistened plaster tape. Then, he expanded its use by introducing a clear backing. The result, an immediate hit, became known as Scotch Tape.

Now, 90 years on, 3M is joined by about 560 manufacturers of various adhesive products nationwide. This specialty generates sales of more than $13 billion a year and provides jobs for about 24,000 people.

As you’ll remember I launched this show after the first week of the stay at home recommendation in March, and back then my first recommendation was that you resist the temptation to cut your own bangs. Well it turns out that Scotch tape has had a wide variety of uses throughout the last 90 years. 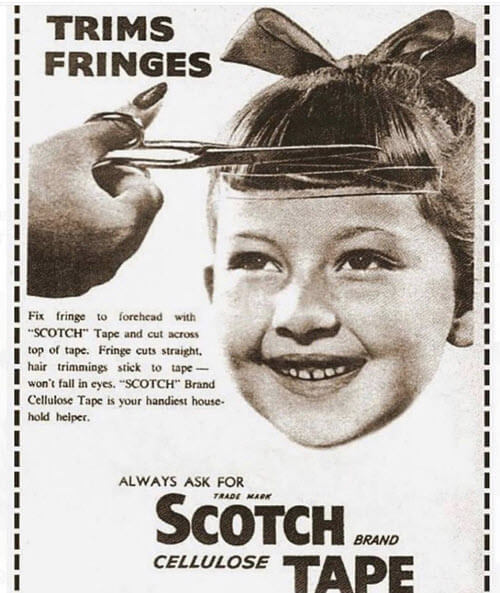 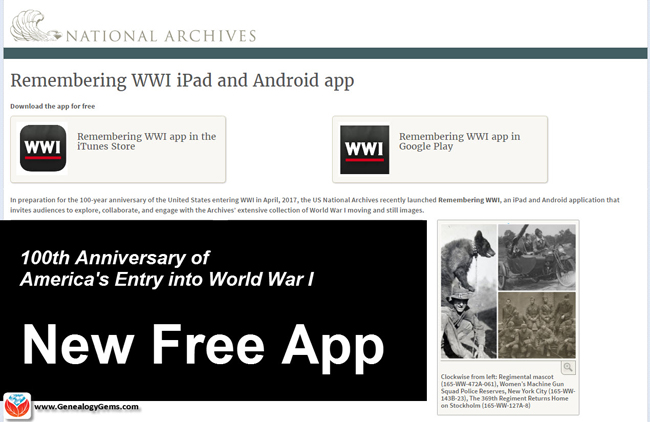 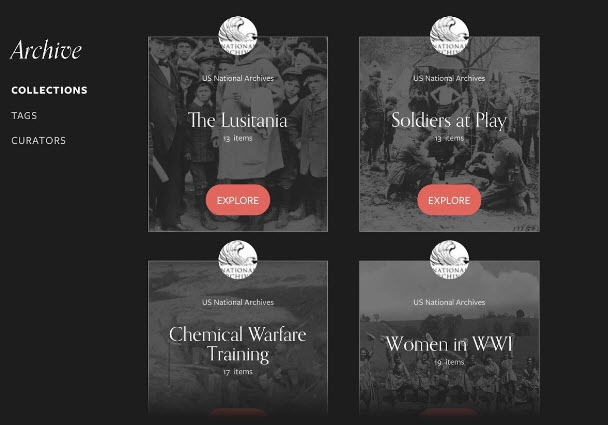 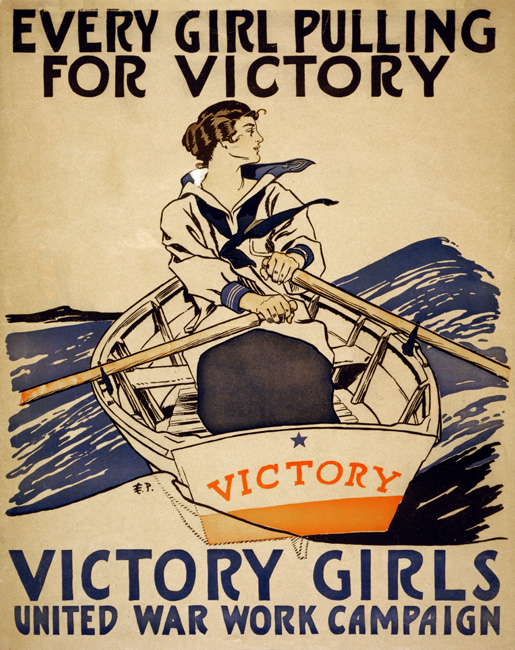 Registration for FGS 2018 Is Open