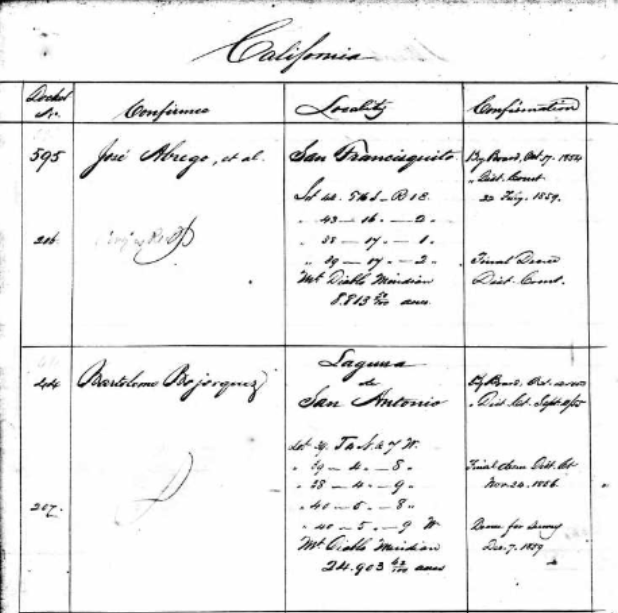 Why Use Ancestry for FREE if You’re NOT a Subscriber

Many of us already know that some of Ancestry’s content is free to search for everyone. But did you know that you can use Ancestry’s powerful search interface to search genealogy databases on OTHER websites, too? This includes sites that may be in another language–and sites you may not even know exist! 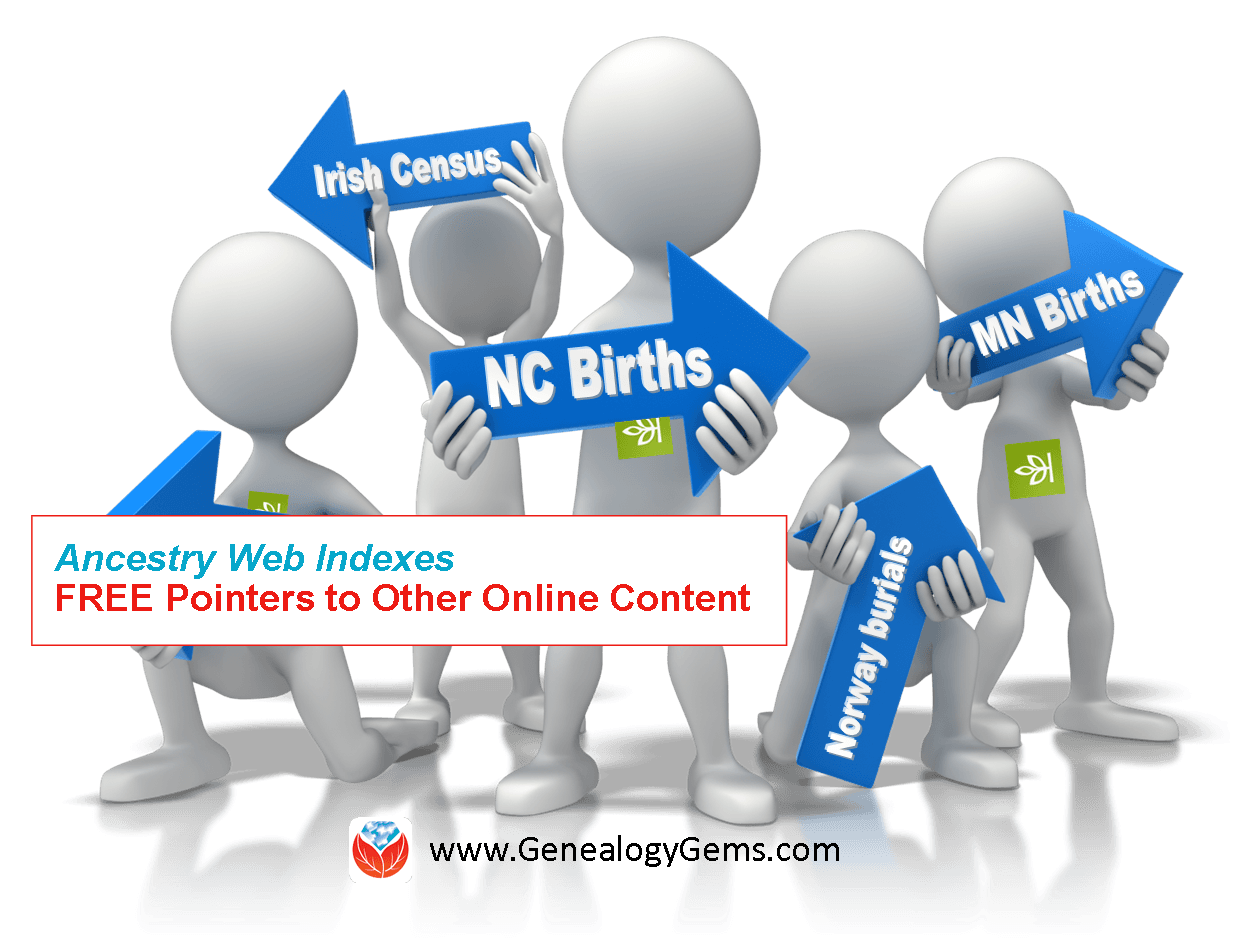 You may have heard that there’s a lot available on Ancestry for free to anyone. Like the 1940 and 1880 U.S. censuses. Australian and Canadian voter’s lists. A birth index for England and Wales. The SSDI.

A few years ago, Ancestry also began incorporating off-site indexes into its search system. These are known as “Ancestry Web Indexes.” There are now more than 220 of these, and they point users to over 100 million records ON OTHER WEBSITES.

“Ancestry Web Indexes pull together a lot of databases that are already online from repositories all over the world, like courthouses and archives,” Matthew Deighton of Ancestry told me. “We index them here because we’ve found that people may not know their ancestor was in a certain region at a certain time. They may not know about that website that has posted those records. What you don’t know about, you can’t find.”

According to an online description, the guiding principles of Ancestry Web Search databases are:

Better yet, you may have a better search experience at Ancestry than you would at the original site. Some sites that host databases or indexes don’t offer very flexible search parameters. They may not recognize “Beth Maddison” or “E. Mattison” as search results for “Elizabeth Madison,” while Ancestry would.

Results from Ancestry Web Indexes point you to the host website to see any additional information, like digitized images and source citations. A subscription to that site may be required to learn all you want from it. But just KNOWING that the data is there gives you the option to pursue it.

Doesn’t Google bring up all those same results if you just do a keyword search on your ancestor’s name? Not necessarily. Not all indexes are Google-searchable. Even if they are, Google may not present them to you until the 534th page of search results–long after you’ve lost interest.

And Ancestry specifically targets genealogically-interesting databases. Your results there won’t include LinkedIn profiles or current high school sports statistics from a young person with your ancestor’s name. (Learn how to weed out Google results like these with The Genealogist’s Google Toolbox by Lisa Louise Cooke.)

Some may be skeptical: isn’t it bad form for Ancestry to reference other sites’ material, especially when they often do so without consulting the host of the databases? They do have an opt-out policy for those who wish their databases to be removed from the search engine. Matthew says a couple of places have opted out–because the increased web traffic was too much for them to handle. That tells me that Ancestry Web Indexes are helping a lot of people find their family history in places they may otherwise never have looked. 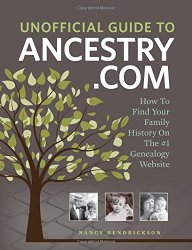 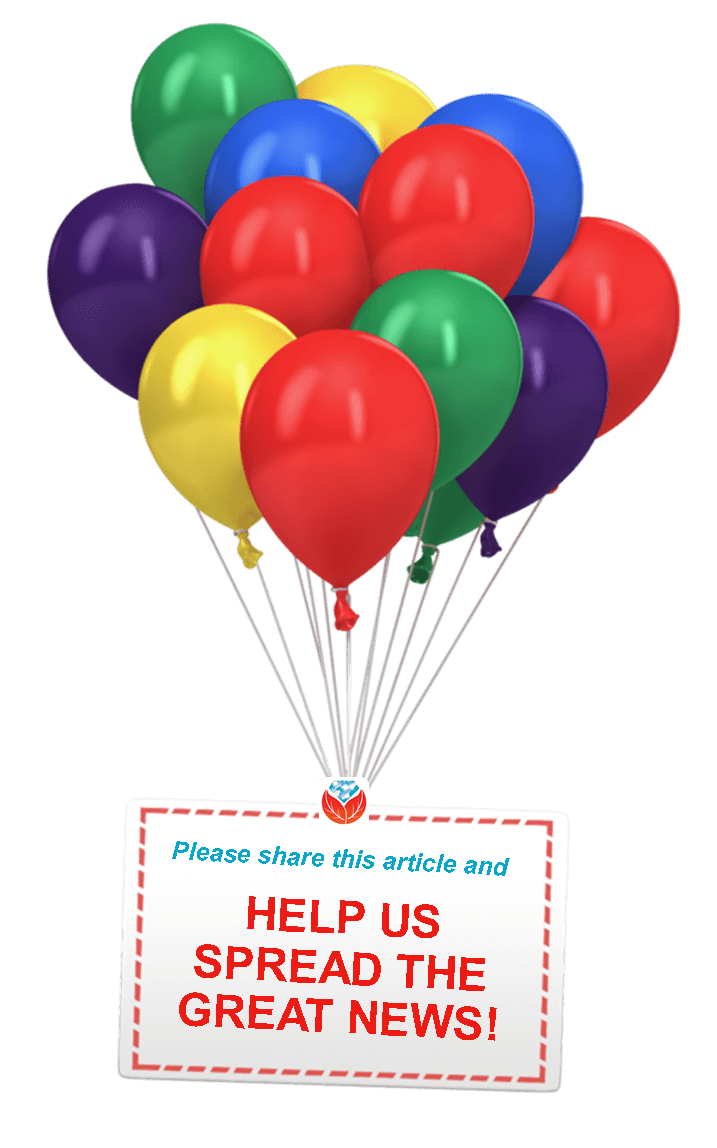 Thank you for sharing this post with others who will want to know what they can do for FREE on Ancestry!

ENGLAND – LAND AND TAX. About a quarter million land tax and valuation records for Plymouth and West Devon (1897-1949) are now searchable for Findmypast.com subscribers. Transcriptions and images can reveal an ancestor’s owner/renter status, property location and size, property use and more.

US – ARIZONA VOTERS. A new database of Arizona voter registrations

(1874-1932) is available at Ancestry.com. According to the collection description, “This database consists of Great Registers [lists produced from voter registrations] compiled by county recorders for each county in Arizona, by district. They list the names of eligible voters who registered to vote within the state of Arizona.” In this database you’ll see the state’s transition to female suffrage in 1912.

US – CALIFORNIA PASSENGER ARRIVALS. Over 375,000 names have been added to an existing collection of free FamilySearch.org passenger arrival records for San Francisco, CA (1954-1957). These include inbound passengers, crew lists and changes in crew.

US – DELAWARE WILLS AND PROBATE. Ancestry.com has updated its collection of  Delaware Wills and Probate records

(1676-1971). The indexed images now span nearly 300 years and include records from all counties (some locales and time periods are not included). Over 134,000 names are indexed.

Use these Google Gems to Find Records You Need

2 Mysterious Deaths in the Family? How to Google for Answers