How to Conduct or Attend a Virtual Funeral

A virtual funeral, is that a real thing? Absolutely. Broadcasting a live service online is an innovative way for families to come together when time and distance keep them apart. 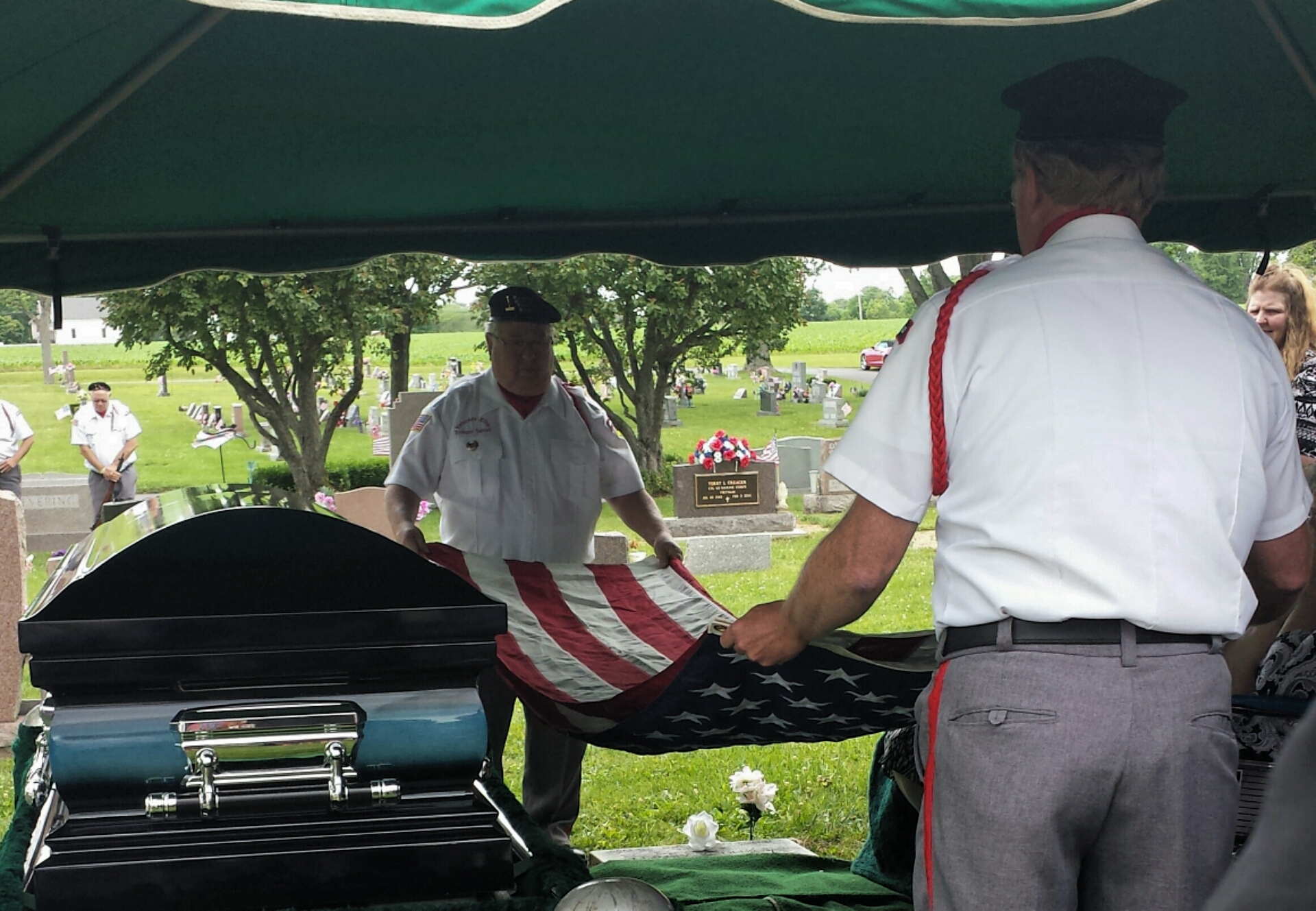 I recently received an email marked URGENT. A long time Genealogy Gems Podcast listener and Premium Member needed help ensuring that her close relatives on the other side of the world could ‘virtually attend’ her brother’s burial service. She wrote:

“This Wednesday my brother is being buried and a service is being held at the crematorium. I have a brother and family who are in Chicago. With your wide experience, what do you consider the best app to use on my iPad or iPhone so that my family in Chicago can see and hear it.”

I was indeed sad to hear of her loss, but happy that she felt she could turn to me. I have two suggestions that might make this virtual funeral possible.

Facetime for the Virtual Funeral

One of the easiest ways to accomplish a virtual funeral is if both parties have Apple mobile devices, then you could use Facetime.

Facetime is a video chat app that comes installed on your Apple devices. You will use Facetime to ‘call’ the family privately at a designated time using either a phone number or email address, depending on the type of device you are calling. The app allows you to share the burial or funeral service with your family members anywhere in the world.

The really nice thing about Facetime is that you can see them and they can see you making this as interactive as it can be.

Periscope App for the Virtual Funeral

Available on both Android and Apple, the free Periscope is my go-to app for live broadcasting here at Genealogy Gems. (At the end of this article, you can watch a video of one of my classes that was live-streamed using Periscope.) Using the Periscope app would be a great solution for privately broadcasting the virtual funeral.

Start by downloading the free app from the App Store (Apple) or Google Play (Android.) If you decide to use it on your iPad rather than your iPhone, select the “iPhone” filter from the menu. Even though the app was built for iPhone, it will work on your iPad. (Periscope requires iOS 8.1 or later and is also compatible with the iPod touch.)

Sign-in with a free Twitter account or your phone number. Then, add each other as friends. Each person needs to install the app on their device.

Start a “Broadcast,” but before you click the “Start Broadcast” button that pops up, tap the lock icon. From there, you can select your “Friends” (your brother and his family in Chicago) and start a “Private Broadcast.” The Periscope app will also record the broadcast to your phone so you’ll have a video of it. Your video can be saved for a future viewing or as part of your family history.

Sharing special moments using new apps and technology is one of the advantages of living in today’s modern world. Even when distance keeps you apart, you and your family can lean on each other during hard times or cheer each other on in happy times. I would love to hear from you. How have you shared your special moments with family far away? Leave a comment below.

Genealogy Gems: your home for learning about the best genealogy apps!

My book Mobile Genealogy: How to Use Your Tablet and Smartphone for Family History Research will teach you about top apps (most of them free!) for all those important geneal 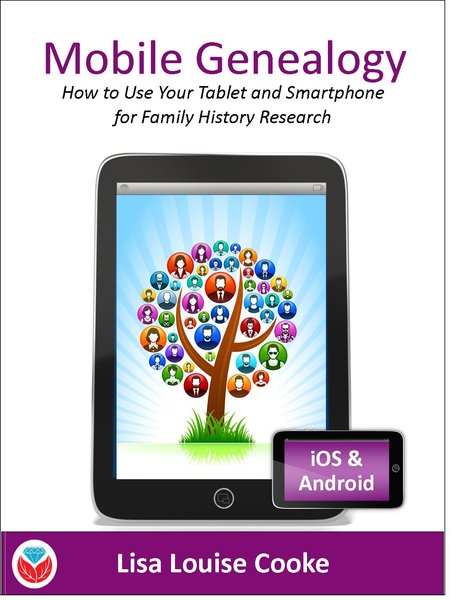 ogy tasks we do on-the-go: note-taking, file storage and management, photos, reading, collaborating and communicating, genealogy website apps and more. You’ll find recommendations for both Apple and Android device users. Click here for more information on the book, and then head to this page to watch my free video class Mobile Genealogy Tips and Tricks which we live streamed from a recent conference using Periscope!

WelcomeThe Magnificent Midlife Woman Listeners! You’re in the right place to find your family history.  Get your gift   Get Started with My Free Genealogy Ebook I’ve selected the 25 best websites for finding family history and combined them with 5 of my... 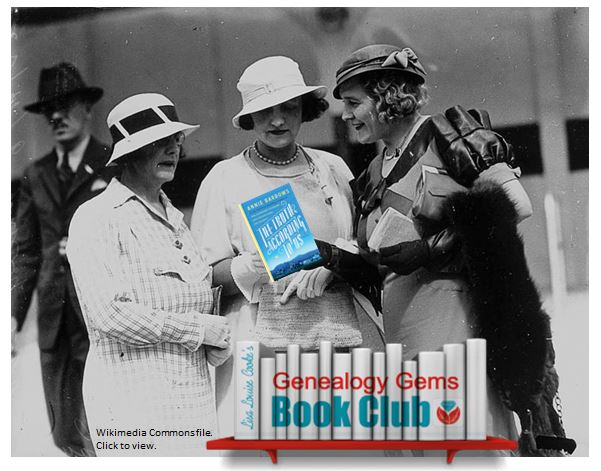 Did you hear what has been discovered about the remains of three Caribbean slaves found on the island of St. Martin? Scientific techniques identified them as two males and one female, all between 25 and 40 years of age, who were buried around the mid-to-late-1600s.

But where were they from? It took DNA to help answer that question, with a process very similar to that used to identify our ethnic origins in DNA testing today.

First, scientists had to retrieve DNA from the sun-bleached, humidity-soaked remains. Their first stop: the teeth. Traditional DNA extraction and analysis methods failed, but results were found with a new method called whole genome capture. You can think of this method like unleashing an army of vigilantes on your DNA, each one tasked with bringing back a particular portion for analysis. While this method was far more successful, it still was only able to find 7% of the DNA of the best sample.

Second, they needed a reference population: a group of Africans to compare these results to in order to find a match. There is such a group assembled, which contains 11 of the likely 50 population groups that contributed to the slave trade.  Keep in mind that in Africa, especially at that time, populations were not defined by geography as much as language. So when you hear African populations defined, it is often according to their relationship to one very large language group in Africa, called Bantu. There are really two groups: those that are Bantu speakers, and those who are not.

Even with the incomplete DNA and the limited reference population, the group was able to determine that two of the slaves belonged to non-Bantu speaking tribes, likely in present day Ghana or Nigera, while the third was Bantu speaking, possibly from northern Cameroon.

Finding ancient samples such as these, and having technology enough to analyze them, if even just a small part, has huge implications for the future of genetic genealogy, and family history. These kinds of genetic techniques can help place you in a genealogical relationship with another person, where your traditional genealogical methods could not.  Family history, the substance and story of your relationship, inevitably follows.

I think Fatimah Jackson, a biologist and anthropologist at Howard University, said it best. “It seems to me that, as a scientist, the best way to ‘honor’ these unfortunate individuals is to allow their story to be told,” she says. “The story of a few can illuminate the condition of the masses.” We may never know the names and specific life histories of this woman and two men any more than we already do. But DNA has gotten us closer to telling at least some of their story. Click here to read the scientific study.

Are you ready to let your genetics help tell your story? Learn more about DNA testing with my Getting Started in Genetic Genealogy Quick Guide, available now in the Genealogy Gems store. In fact, I have a whole series of Guides there on using DNA for genealogy. Check them all out!