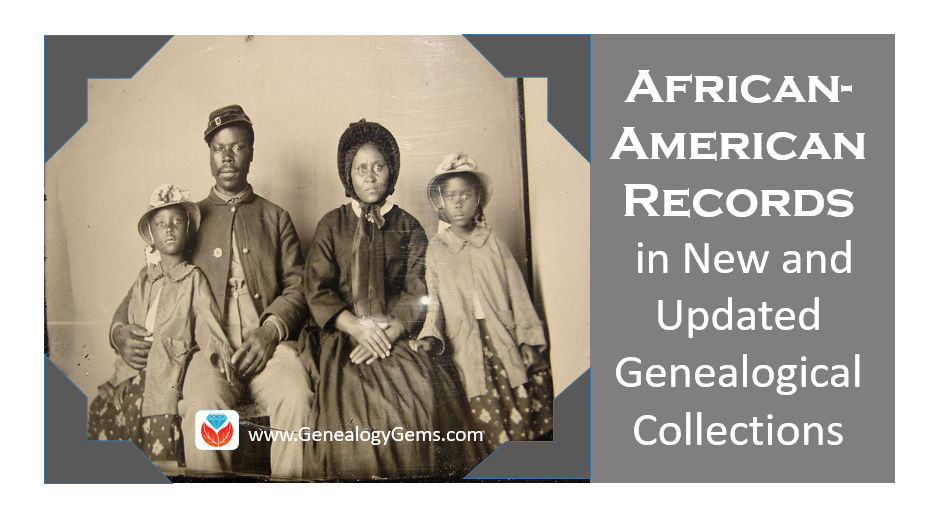 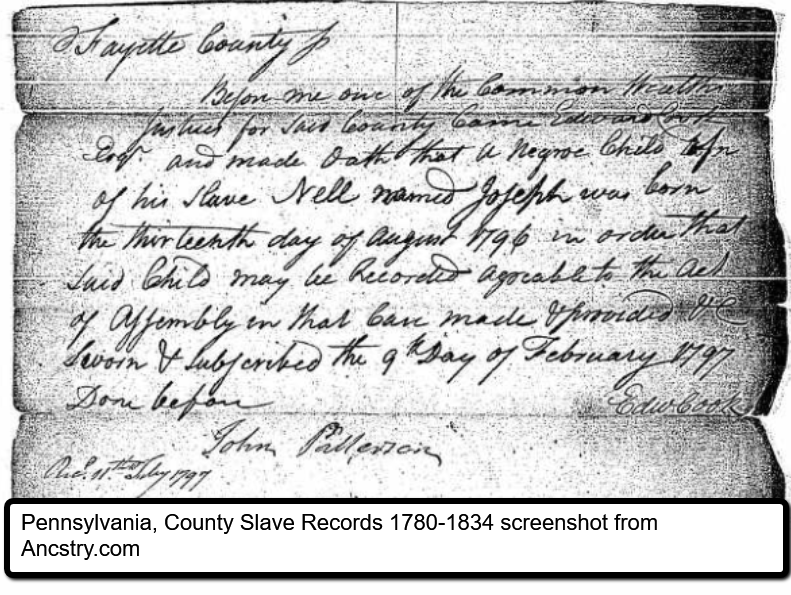 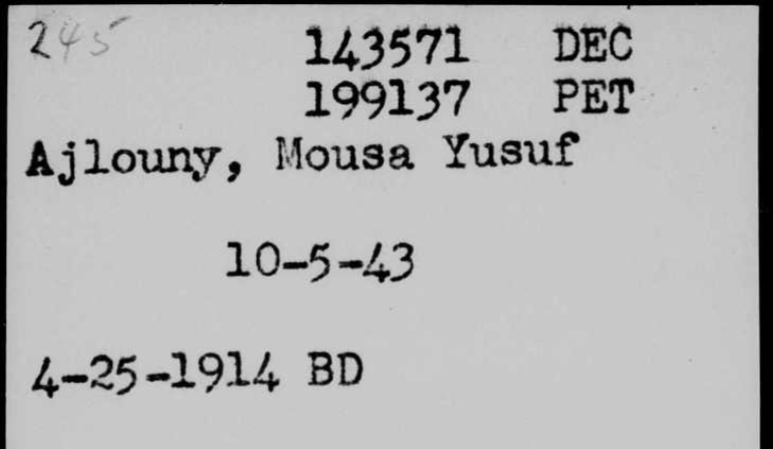 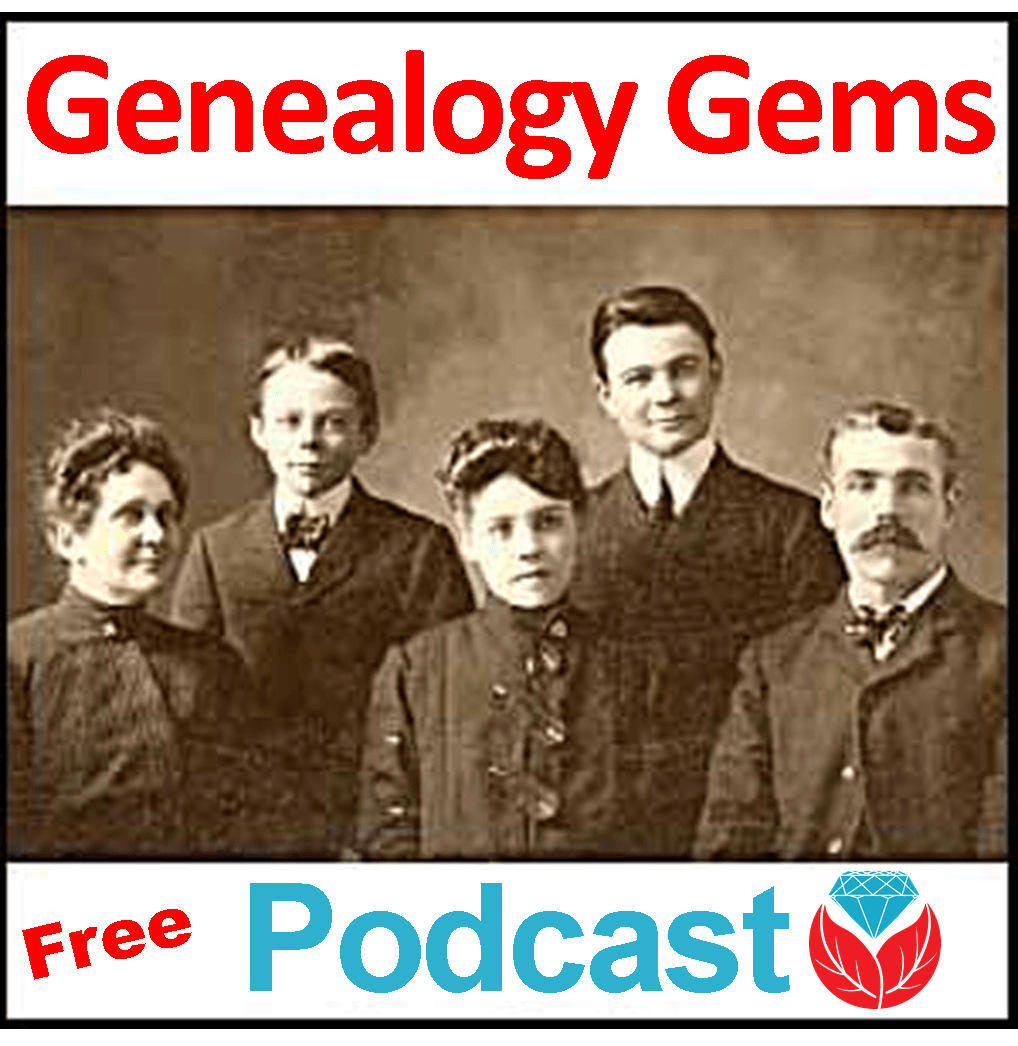 TLC’s Who Do You Think You Are? is back with eight new one-hour episodes bringing more unexpected turns, and surprising discoveries of great historical significance. Read more to find out who you’ll see and some of the hidden family secrets revealed.

Communists, secret agents, and abolitionists are just a few of the family secrets uncovered in this season of Who Do You Think You Are. The line-up of celebrities include:

Jessica Biel making a surprising discovery that changes what she thought knew about her heritage.

Julie Bowen, of Modern Family, uncovers the story of two relatives whose moral codes are from opposite ends of the spectrum.

Courteney Cox will trace her maternal line back seven centuries to the Medieval times to discover royalty in her lineage and an unbelievable tale of family drama.

Jennifer Grey uncovers new information about the grandfather she thought she knew, learning how he survived adversity to become a beacon of his community.

Smokey Robinson searches for answers behind the mystery of why his grandfather disappeared from his children’s lives, and finds a man tangled in a swirl of controversy.

John Stamos digs into the mystery of how his grandfather became an orphan, and learns of tensions between families that led to a horrible crime.

Liv Tyler learns that her family is tied into the complicated racial narrative of America.

Noah Wyle unravels the mystery of his maternal line, uncovering an ancestor who survived one of America’s bloodiest battles.

Sharing Your Own WDYTYA Experience

Have you recently found an amazing discovery that has altered how you feel about your family’s history? We would love to hear about your experiences on our blog, here in the comments section, or on our Facebook page. After all, everyone has a story to tell.

And speaking of telling your story, Sunny Morton’s new book can help you do just that. It includes:

Get Story of My Life by Sunny Jane Morton. 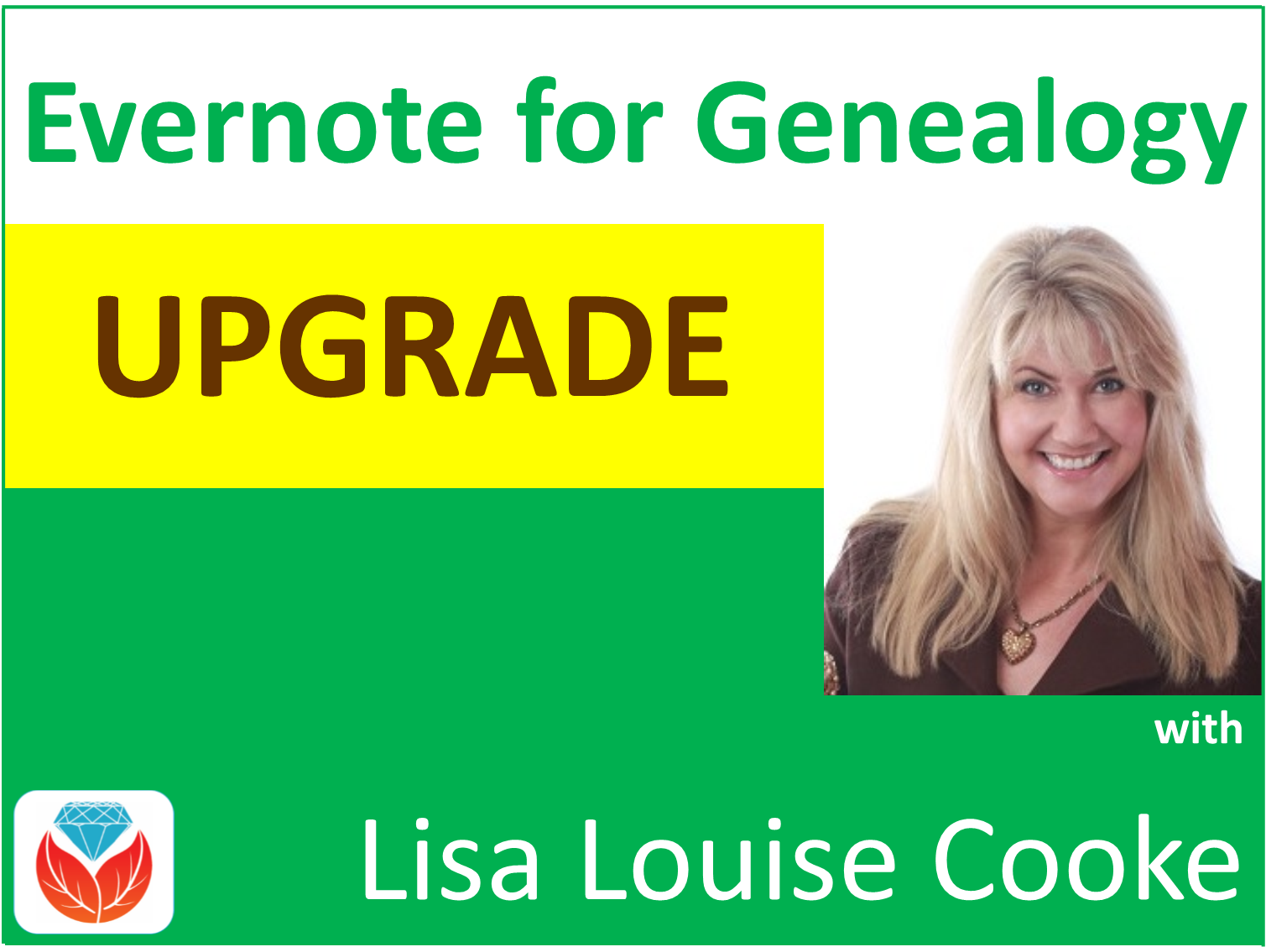 The Evernote for Windows upgrade has received a major face-lift. It is getting some great reviews online. Here’s what to love about it.

If you’re a Windows user and you’re still not using Evernote to organize your genealogy and the rest of your life, perhaps it’s time to take a look and see if it’s right for you and your research.

If you’re already a user, a new Evernote for Windows upgrade will make your experience all the better.

The Evernote blog explained that their goal “is to provide an experience that feels natural and familiar for Windows users. Our latest version is designed for all types of Evernote Windows users in mind, whether you have just a handful of notes or thousands of them.” They continue to say, “We began by paring down the left sidebar for a more streamlined workflow, so you can find and manage your content even faster.”

Here’s a run-down of the improvements they’re touting: 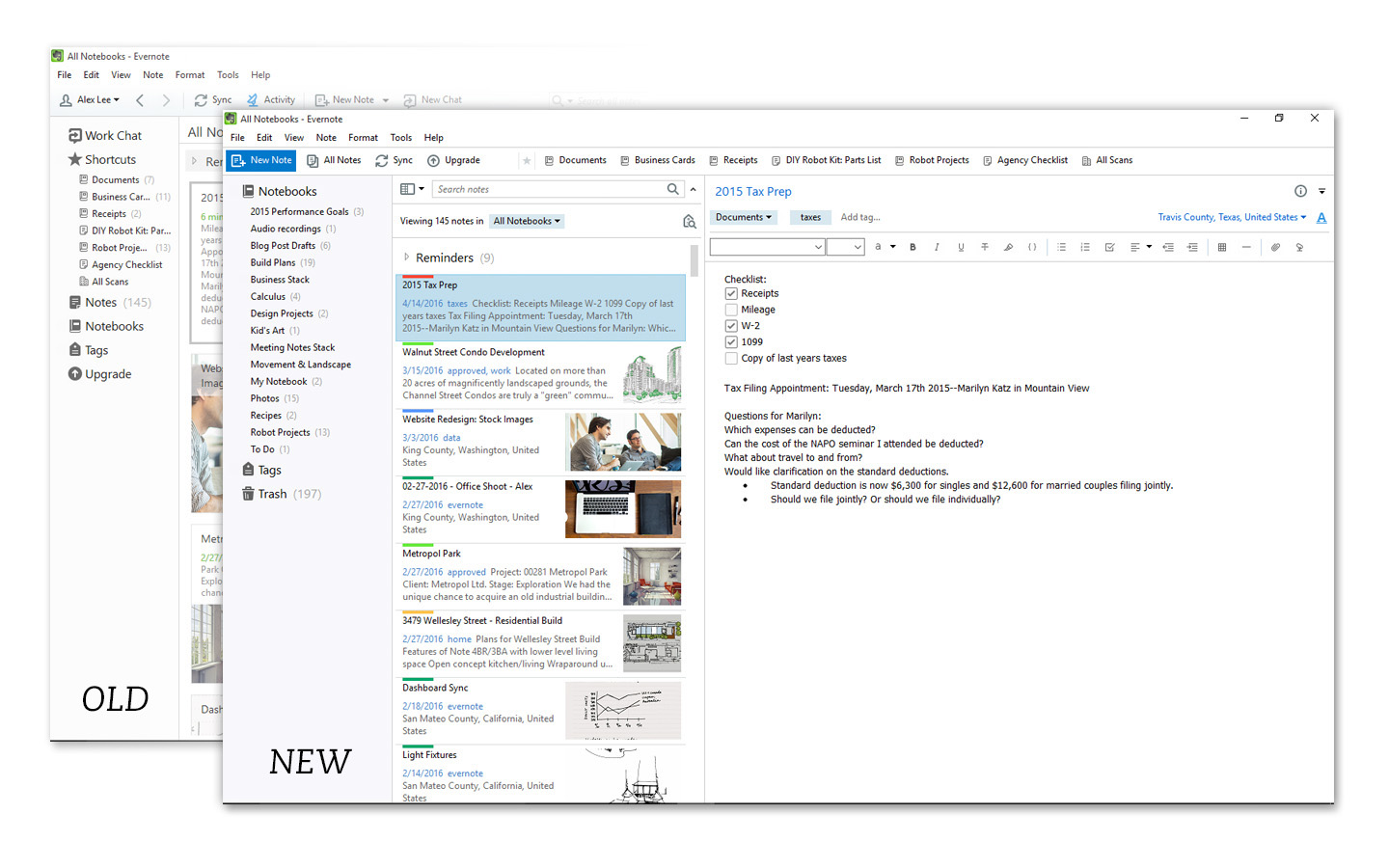 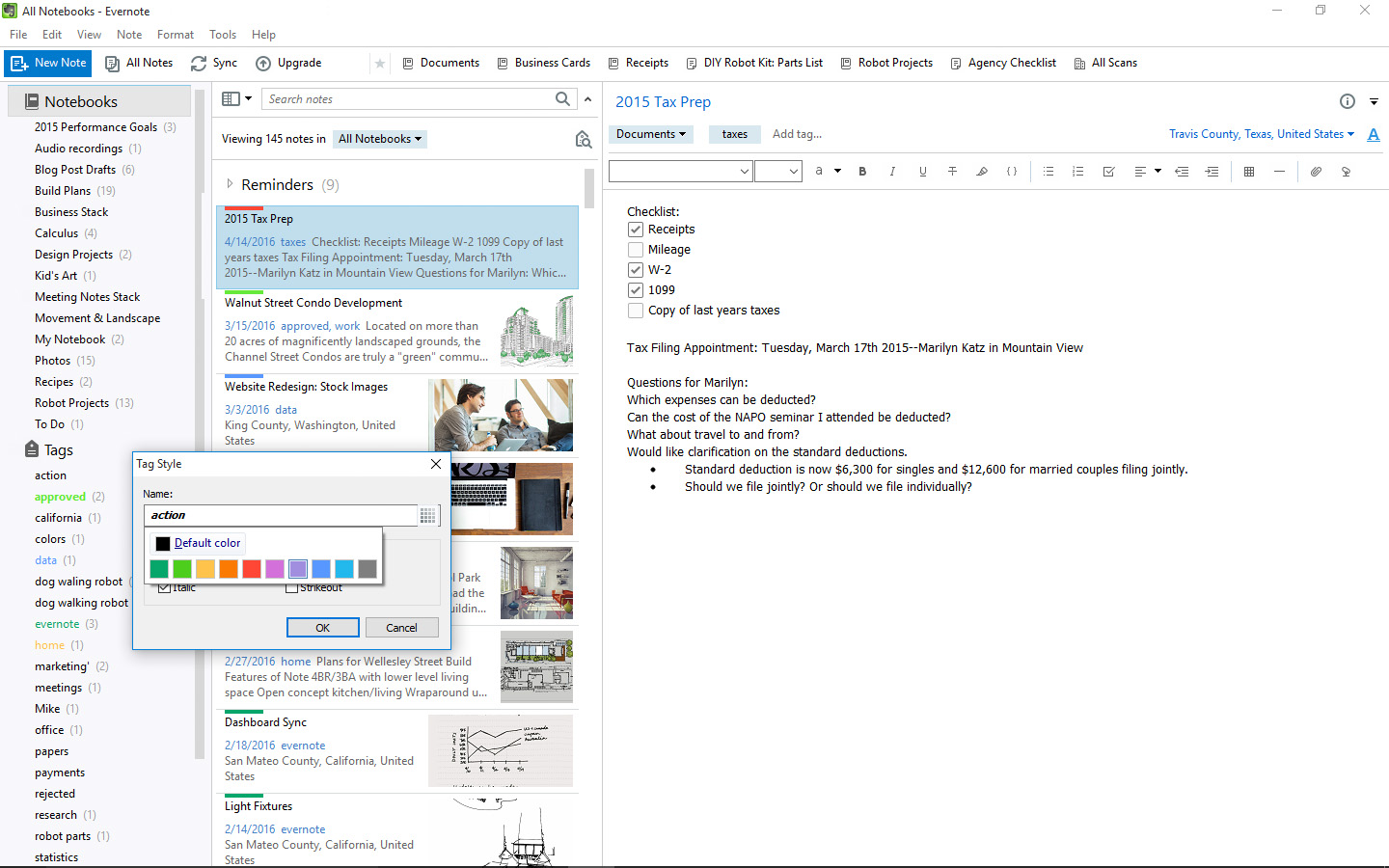 It’s worth noting that the upgrade takes a while to complete and while it’s happening, you won’t be able to use Evernote. And at least for now, the saved searches of previous versions have disappeared. Evernote says that’s temporary.

What others are saying

TechTimes says the new Evernote for Windows has “a slew of improvements bound to enhance the overall experience.” Engadget.com calls the upgrade “a streamlined, cleaner approach with refinements addressing the sidebar’s design and functionality.”

How to get organized with Evernote!

Click here to learn about how to get started with Evernote, and more about using Evernote to organize your genealogy life.

What do you think about the new upgrade? Feel free to share your experience in the comments section below.