Google Keep versus Evernote for Your Note-Taking Needs

Google Keep, Google’s note-taking app, is getting better. According to a post on an unofficial Google blog, “Google Keep now lets you add labels to your notes. Just click the 3-dot icon below the note and select ‘add label.’ There are 3 default labels (inspiration, personal, work), but you can add your own labels.” The post goes on to describe the navigation menu, show how to export notes to Google docs and create recurring reminders.

According to the post, “The new features are available in Google Keep’s web app, Chrome app and Android app (Google Keep 3.1).”

How does Google Keep compare to Evernote? Well, I’m a longtime Evernote user who wrote a genealogist’s quick guide to using Evernote (see below) and provides the Ultimate Evernote Education to my Genealogy Gems Premium members. I might be just a bit biased when I say I still whole-heartedly prefer Evernote–but that’s because of what I do with Evernote, which is full-scale organization of my life and genealogy research across all my devices.

One tech writer’s post on Google Keep v Evernote indicates that she likes the simple functionality of Google Keep for quick notes. Yet, she writes, “I’m a big fan of Evernote as well, because of its strong organizing options–tags and saved searches, notebooks and stacked notes–but it can be overwhelming for simple note-taking. It is, however, cross-platform and, unlike Google Keep, more likely to stick around (former Google Reader users might be afraid to sign up for a new Google app that could be pulled suddenly).” I have to agree with this last comment. Actions speak louder than words, and they are evidence worth pondering.

Another post, though it’s a little older, sings a similar tune: “While there is some overlap [with Google Keep], Evernote is still a much more robust product with a bigger feature set and far greater device compatibility. Google Keep has an attractive user interface and is being met with a pretty positive response—an average rating of 4.4/5 stars in the Google Play store so far, but it’s presently nowhere near Evernote’s capabilities.”

Still a third writer has figured out how to use both apps, just for different tasks. For my part, reading through all these opinions reminded me how fortunate we are that technology gives us so many options to help us meet our needs. The challenge is figuring out how to use the powerful tools we have at our fingertips. That’s what we specialize in here at Genealogy Gems.

For me, I’m sticking with Evernote. One of the most compelling reasons in addition to many (cross-platform functionality, synchronization to all devices, OCR…) is that note-taking is Evernote’s primary focus. It’s not one of dozens of products (which is the boat that Google Keep and OneNote are aboard.) Instead, it is the singular purpose of Evernote’s research, development and execution. I like that kind of dedication when it comes to something as precious as my genealogy research notes.

My Evernote for Genealogy laminated quick guides for Windows or Mac will get you started right away and keep you going as an everyday quick reference guide. 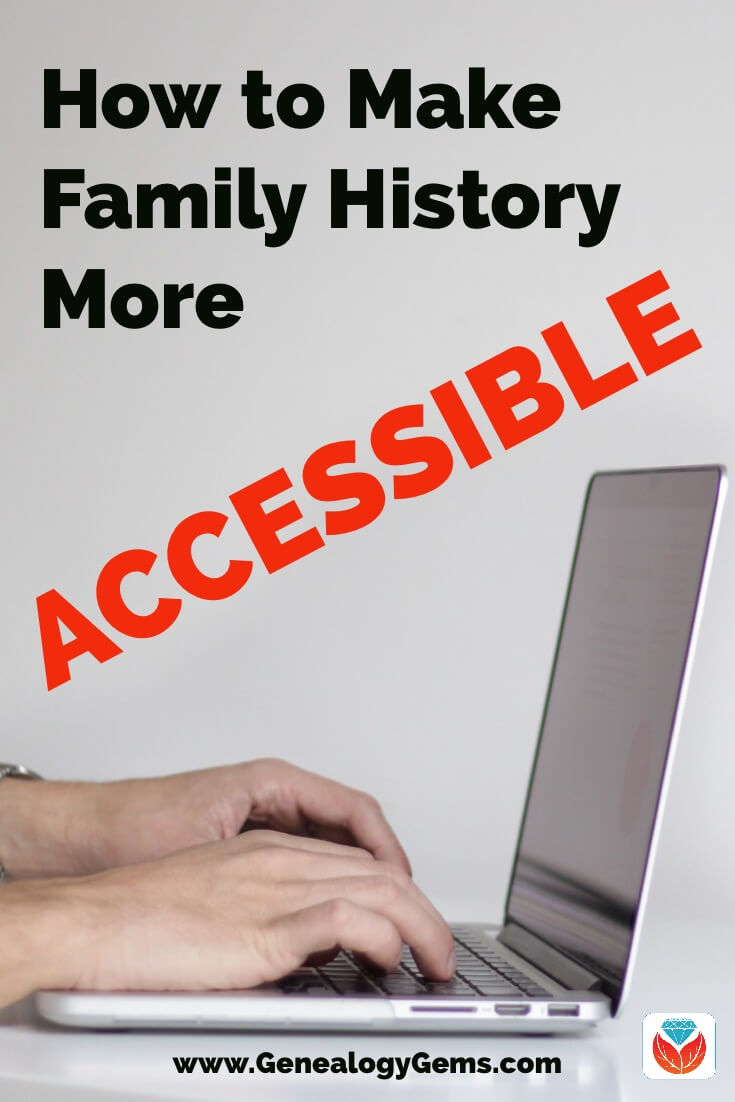 The First Photograph Ever Taken?

Have you ever wondered about the first photograph ever taken? The first time human technology captured a passing moment and made it permanent? 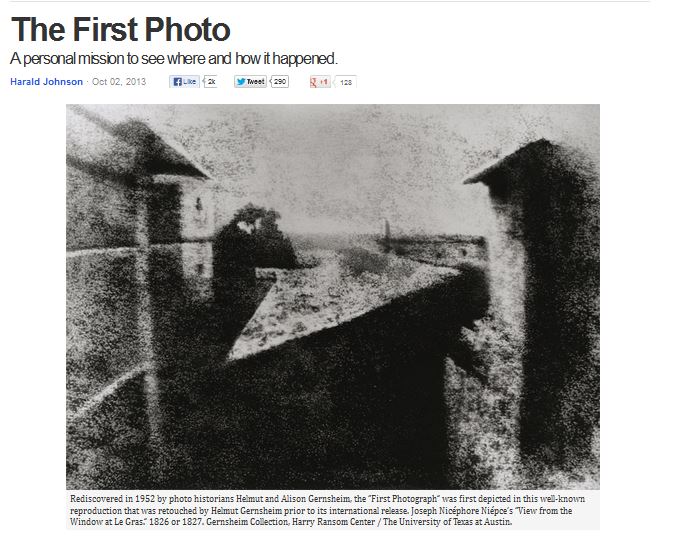 What was the subject? What were the circumstances?

Check out this blog post by a photography enthusiast who followed the trail of the picture and its history to France and French photography pioneer Joseph Nicéphore Niépce. It’s by Harald Johnson and it’s posted at petapixel.com.