Happiest of holiday greetings to you! Celebrate with us as we share the gift of new and updated genealogical collections like censuses, histories, and school records from all around the world. This week: the United Kingdom, Australia, France, Peru, Ecuador, and the U.S. 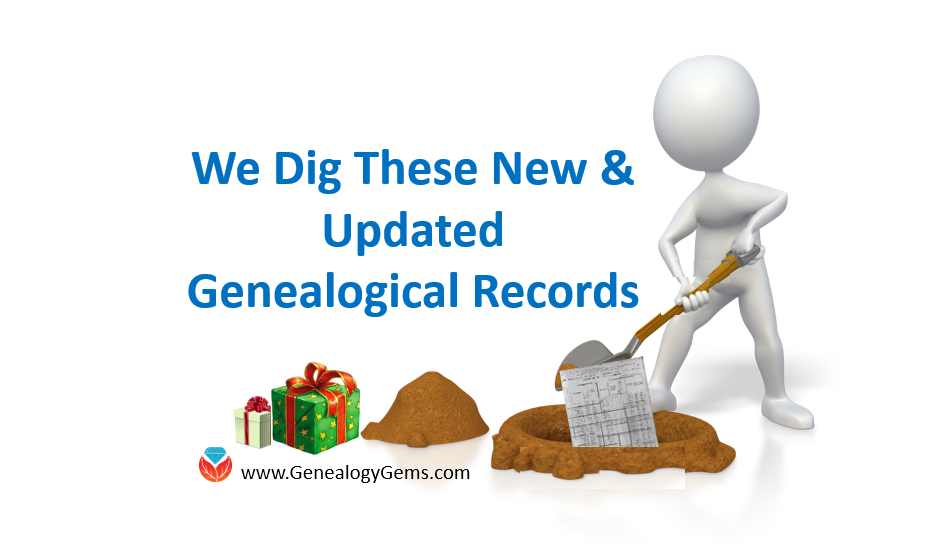 The 60th Regiment of Foot saw action in the Seven Years War, Napoleonic Wars, and Peninsular War. They have served in India, Burma, Afghanistan, China, and South Africa. The men found in these records most likely fought in The Indian Mutiny (1857-1859), in Canada during the Fenian raids (1866-1867), and The Zulu War (1879).

Over 13,000 records have been added to Findmypast’s collection titled Britain, Histories & Reference Guides. The collection consists of 65 volumes on genealogy, heraldry, palaeography, geography, and more. The information found in these records may provide you with more insight into the lives of your ancestors and an better understanding of British life. For a more detailed description of the history publications and what each may offer, see the list at the bottom of the collection page.

The Middlesex War Memorials at Findmypast contain over 21,000 transcripts of memorials from over 40 parishes across the English county of Middlesex. The new additions to this collection list the names of soldiers who died while on active service between 1845 and 1998.

Each record will include a transcript of the individual entry from the war memorial and a full transcript of all the names that appeared alongside your ancestor. Other information found on the records may include the conflict they served in, where and when they were killed, a brief description, and additional notes. Transcripts also include links from the West Middlesex Family History Society providing greater detail about the memorial such as the memorial’s location and explanations of abbreviations.

Also at Findmypast this week, the Queensland Passports Index 1915-1925 of over 13,000 names is a helpful collection for those searching traveling ancestors! This collection is an index. The original registers were compiled by the Collector of Customs, Brisbane, and are currently held by the National Archives of Australia. Each record includes a transcript and may 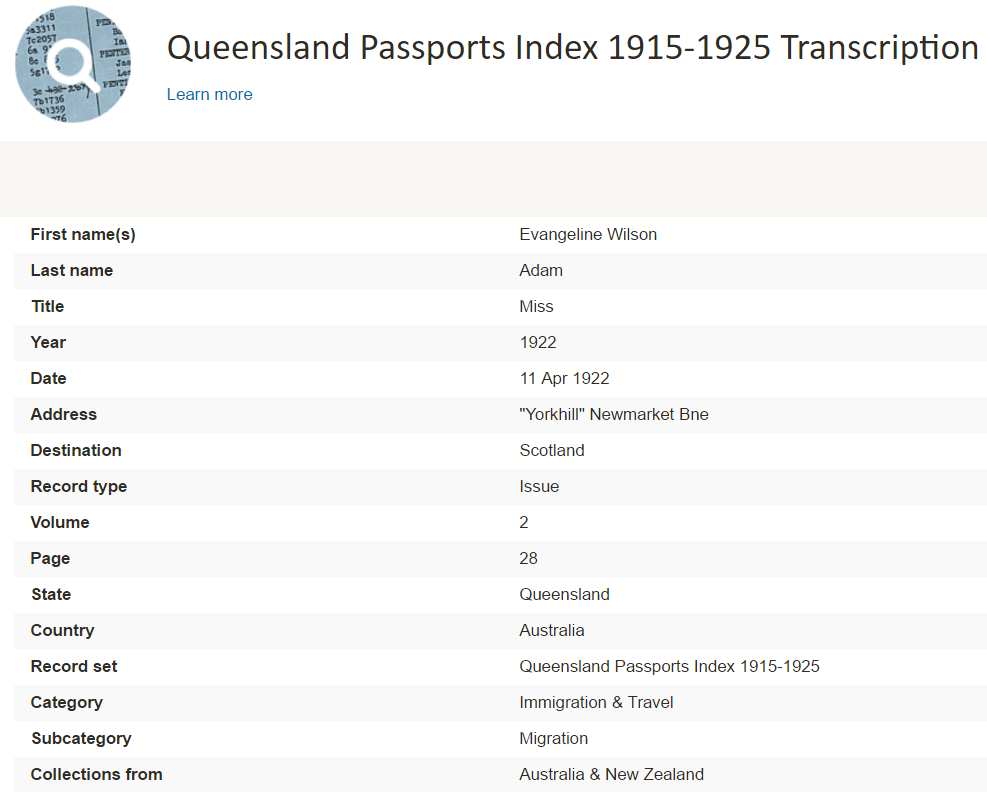 Depending on the period covered, the registers themselves may include additional information such as passport numbers, warrant numbers, and remarks. Remarks may include details about soldiers returning home from the Great War.

Explore the only surviving records from the New South Wales 1841 Census at Findmypast. Containing almost 11,000 names, this collection includes both fully searchable transcripts and scanned images of the original household returns, affidavit forms, and abstracts of returns.

Censuses like these often help piece together the family unit. Names, sex, ages, and birth places are common finds in this record set. Images of the original forms may also occasionally provide you with additional information such as:

The amount of information included will vary depending on the type of document.

New and updated genealogical collections at FamilySearch this week include the France, Dordogne, Censuses, 1856 and 1876. These censuses may contain the following information:

Each record contains a transcription and digital image. These census records are in French.

Civil registration records are particularly helpful when church records are unavailable. FamilySearch has added new records to their collection titled Peru, La Libertad, Civil Registration, 1903-1998. Births, marriages, deaths, and other records are contained in this collection set. Some of these records have been indexed and are searchable. Additional images and indexed records will be published as they become available. These records are written in Spanish.

FamilySearch collection Ecuador, Catholic Church Records, 1565-2011 contain some new Catholic Church records created by parishes and dioceses in Ecuador. These records include: baptisms, confirmations, marriages, pre-marriage investigations, deaths, and indexes. Some of the records have been indexed and are searchable. Remember, you can always browse the collection of nearly 1.5 million records. Church records are a great resource when civil records have been lost or damaged.

Oklahoma, School Records, 1895-1936 are now available to search on FamilySearch. This collection includes school records and annual censuses of pupils who attended schools in Woodward County, Oklahoma between 1895 and 1936. The records are generally arranged by years and then in numerical order by school district. Many of them list the name of pupil, pupil’s date of birth, and the names of parents or guardians. 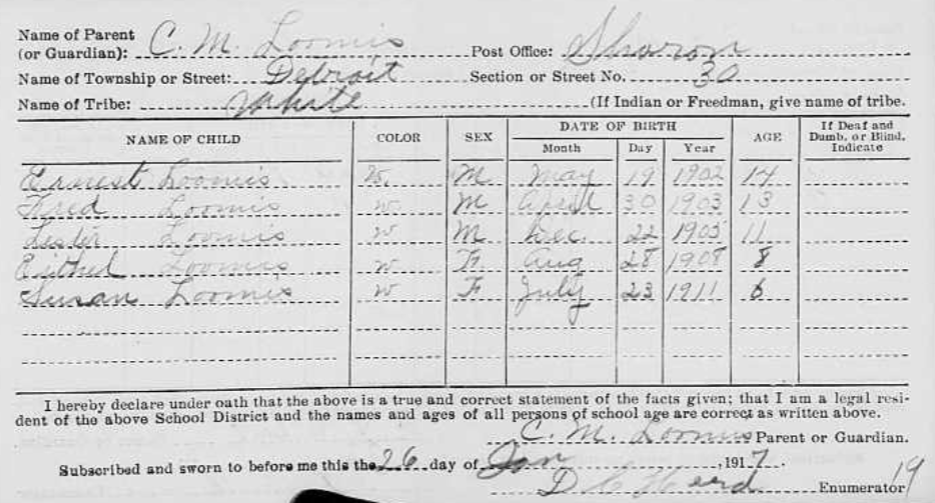 The records helped local governments determine funding needs for individual schools so the information is generally reliable. These records can also provide supporting evidence of parental and familial relationships. 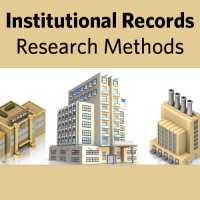 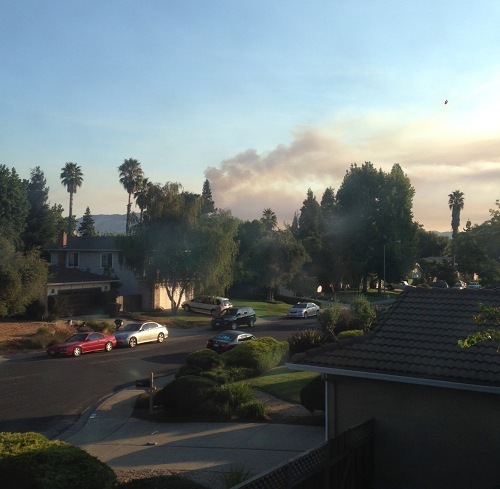 This morning I looked out my window and could see a huge plume of smoke. Across the valley a wild fire is raging that began yesterday afternoon. The hot and very dry conditions have fueled the flames, and homes are starting to be evacuated.  It’s a grim reminder that disasters do happen and no one is immune.

It is National Preparedness Month in the United States, and for genealogists, that means disaster planning for our home archives and family history files. We don’t like to think about the unthinkable: losing our original photos, documents and years’ worth of research in a fire, flood, hurricane or other disaster. But it’s happened in places as high-and-mighty as federal archives here in the USA: it can certainly happen in our homes. Even a leaky roof, downed tree, bug infestation, basement mildew issue, theft or other “minor” disaster can mean total annihilation of our family archives if it’s in the wrong place at the wrong time.

As I watch the fire and monitor it’s progress on Twitter, I’m thankful that I can rest easy that my precious family history is protected in a number of ways. This month, I’ll share four steps to help you secure the future of your family past, one step for each of the next four weeks. This gives you time to follow through on each piece of advice before you get to the next step. This week’s step:

Your top priority, as a genealogist, will likely be original photos, documents, artwork and one-of-a-kind family artifacts like a family Bible. In other words, things that can’t be replaced.

Next, think about things you’d rather not have to replace: records you’ve ordered from repositories; several years’ worth of genealogy notes and files; computerized family trees. Make yourself a list, so in the weeks to follow you can carry out an emergency plan for each item (starting with high-priority items) as your time and budget permit. Next week’s topic: DUPLICATE THE PAST.