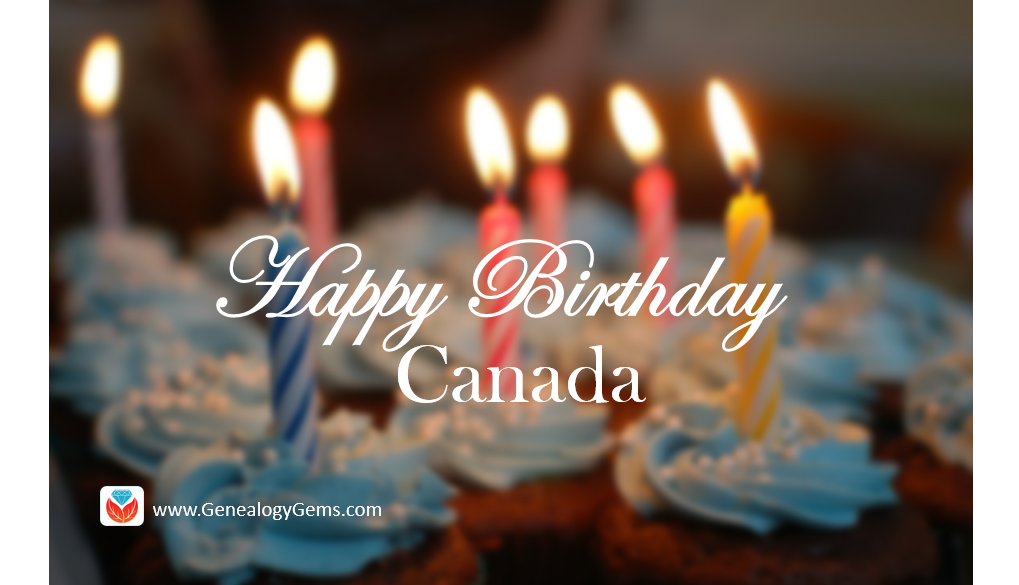 Canada is celebrating 150 years of nationhood in 2017! To join the party, I invited Claire Banton from Library and Archives Canada to the Genealogy Gems podcast episode 199. We had a great chat about Canada’s history and its planned year-long celebration. And of course, our conversation quickly turned to tips for exploring your Canadian roots at Library and Archives Canada.

You can listen to our entire conversation for free in episode 199, but here are some quick take-away tips:

Claire Banton obtained her Masters of Library and Information Studies degree in 2006. She has worked in Reference Services at Library and Archives Canada for 10 years, where she has enjoyed learning something new every day. She is currently Chief, Orientation Services, where she works with an awesome team who help people search for information. She loves being an information detective and helping people overcome their research challenges.

1. Library and Archives Canada is very different from the average library.
It is both a national library (search the library catalog here) and a national archive (search the archival catalog here). And you don’t even have to have an account to search.

2. Start with the LAC website genealogy resources page whether you plan to visit in person or not.
You’ll find loads of free databases and some digitized records that haven’t been indexed yet, but are ripe for browsing. The topics page will tell you more about what is available for Canadian genealogy.

3. Familiarize yourself with the history of border crossings.
There was no border control from the US to Canada prior to 1908, so that means there are no Canadian records of earlier crossings. However, there is a database containing an index of aliens and citizens crossing into the U.S. from Canada via various ports of entry along the U.S.-Canadian border between 1895 and 1956 at FamilySearch.org and Ancestry.com.

4. Call LAC directly for quick Canadian genealogy answers.
Schedule a Skype call with a genealogy expert to get a more in depth answer. (This is awesome – well done LAC!) Set the expert up for success and get the most out of your call by providing background information ahead of time.