Genealogists need to know a few things in order to create the highest-quality digital files that they can pass along to future generations. Things like:
Mike Ashenfelder knows a bit about these things because he worked in digital preservation at the Library of Congress for 16 years. Recently he published a book called “Organizing and Preserving Your Digital Stuff: Easy Steps for Saving Files Like the Library of Congress.”
In this episode of Elevenses with Lisa, Mike Ashenfelder will share how you can apply these professional best practices to your precious files and get them in great shape.

Genealogists need to know a few things in order to create the highest-quality digital files that they can pass along to future generations. Things like: 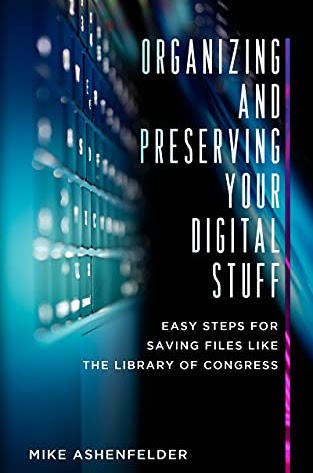 Available here at Amazon. (Affiliate link – thank you for supporting this show.)

In this episode Mike Ashenfelder shares how you can apply these professional best practices to your precious files and get them in great shape.

Remember cassette tapes, 8-track tapes, long-playing vinyl albums, 78s, or how about even cylinders? The changing formats of audio over the years is a prime example of how technology keeps changing. And that change forces us as family historians to change too.

Large cultural institutions are faced with the challenge of continually changing digital formats and technology as well. According to Mike Ashenfelder, “it’ll continue to evolve…technology evolves.

Your digital camera takes JPEG photos for instance. My iPhone’s camera, it takes something called .HEIC. I’ve never heard of that up until we got this new camera. But it’s another contender, and there will no doubt be another one further down the road.

The point of my book is that you should save all files in the highest quality, so that you can pass them along to future generations. And yeah, there will always be new software, there will always be new files to save something might be better than .GEDCOM files (for genealogy). You never know. But basically, it comes down to saving, organizing and preserving things as best you can.”

Because file formats will continue to evolve, like archivists at large institutions such as the Library of Congress, it’s critical that family historians keep their eye on the latest standards and take steps to keep up before their current media is obsolete.

Digital Preservation at the Library of Congress

According to Ashenfelder, the Library of Congress received a large government grant in 2000 to study digital preservation and how other institutions were handling it. They pulled in other institutions and shared information. In the end, they discovered that generally speaking cultural institutions “all have the same basic practices.”

At the LOC, Ashenfelder wrote about digital preservation and interviewed a lot of subject matter experts. While there were many similarities, some details varied from institution to institution or project by project. But essentially, it always comes back to following standardized practices that ensured that files could be found. And that’s what we want as genealogists. We work hard to find genealogical records the first time, and no one wants to struggle to find them a second time on their own computer.

As we’ve discussed in previous videos and articles here at Genealogy Gems, well organized, easy to find files are more likely to be retained when passed onto future generations. If our files look disorganized and unnavigable, they run a greater risk of being tossed or lost.

Ashenfelder explains that institutions like the Library of Congress put naming conventions in place and stick to them. If you’d like to learn more about naming conventions and hard drive organization for your digital genealogical files, watch episodes 7 & 8 of Elevenses with Lisa, and my video class Hard Drive Organization. 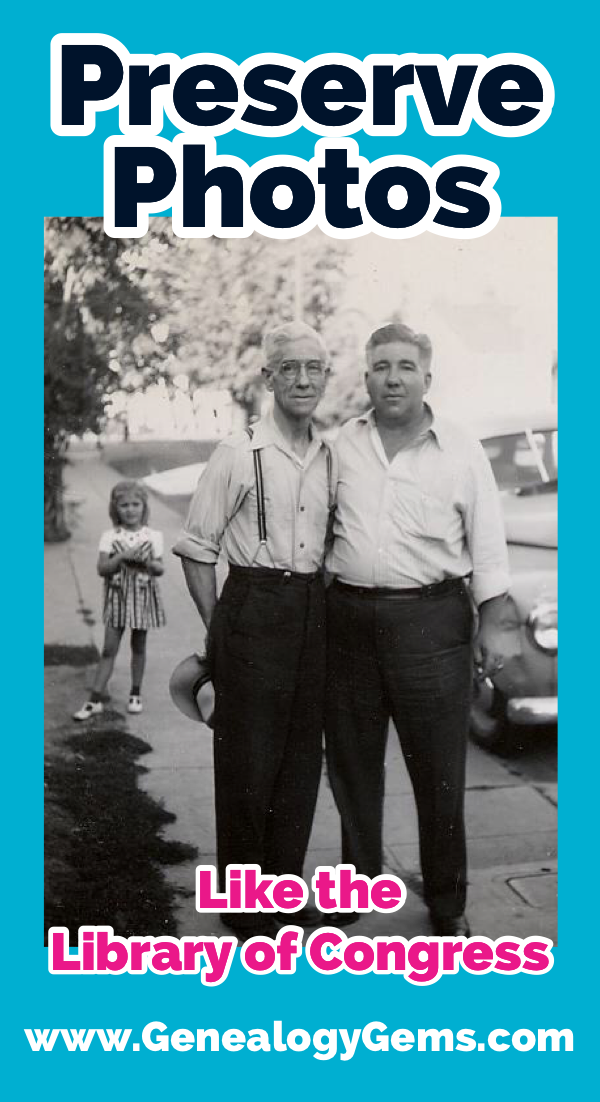 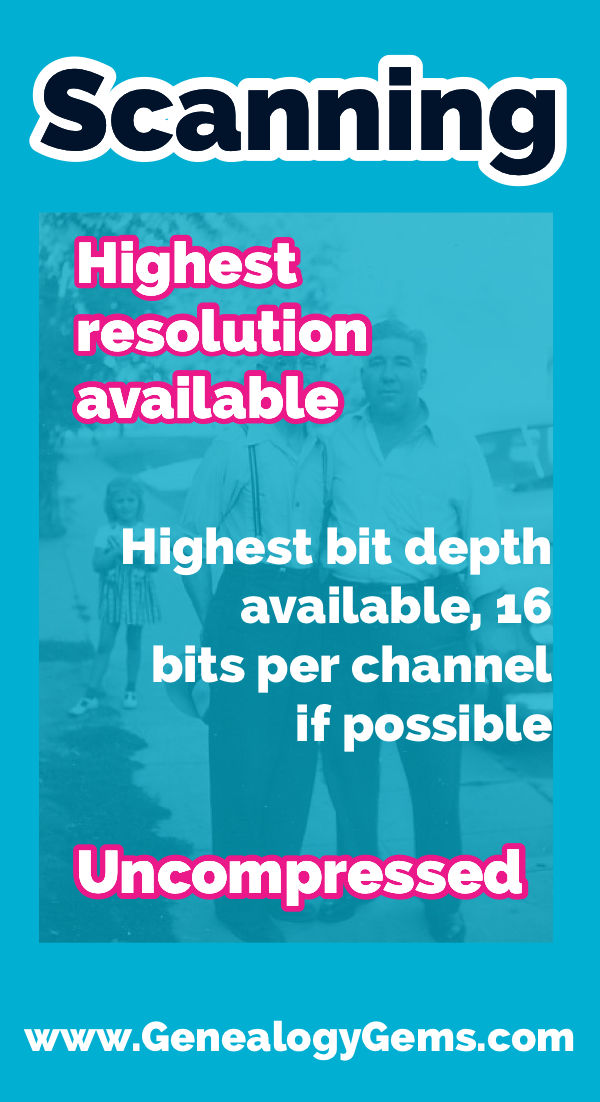 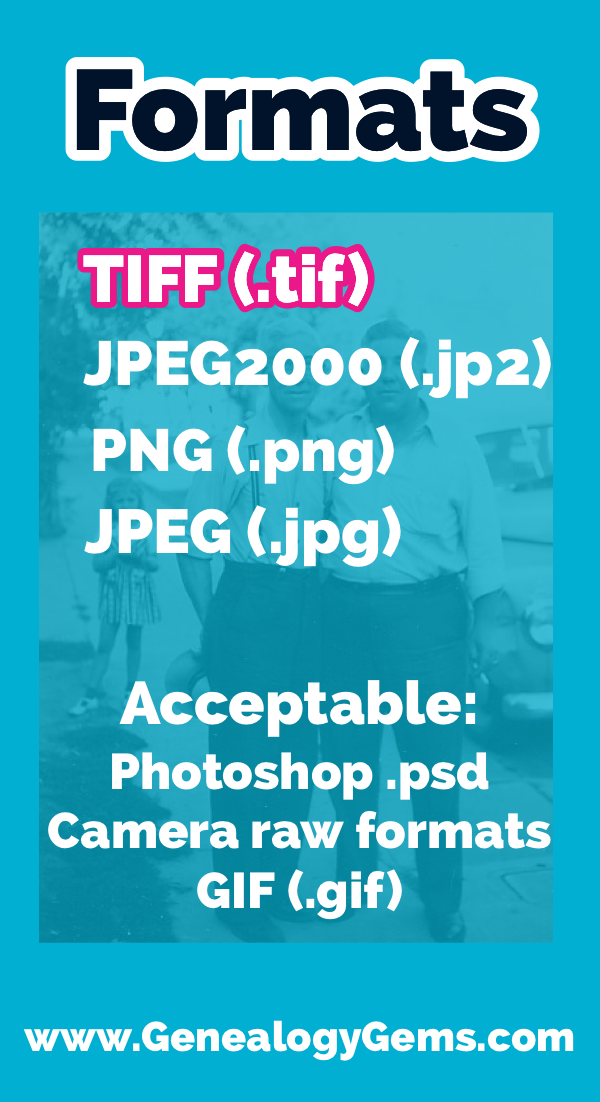 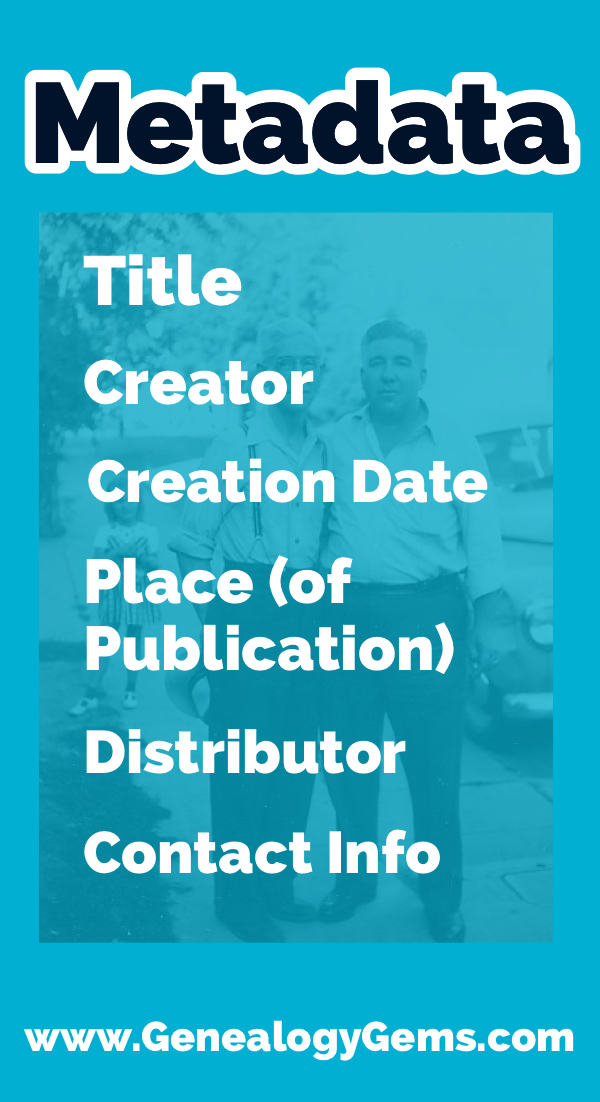 I’ve used Backblaze for many years to ensure that all of my computer data is backup on the cloud offsite. Mike said that an executive at Apple recommended it to him as well. Get a free trial of Backblaze (thank you for using our affiliate link if you decide to try it out.)

These show notes feature everything we cover in this episode. Premium Members: download this exclusive ad-free show notes cheat sheet PDF.  Not a member yet? Learn more and join the Genealogy Gems and Elevenses with Lisa family here.