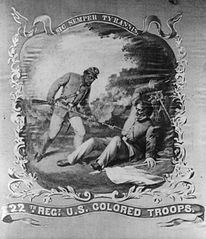 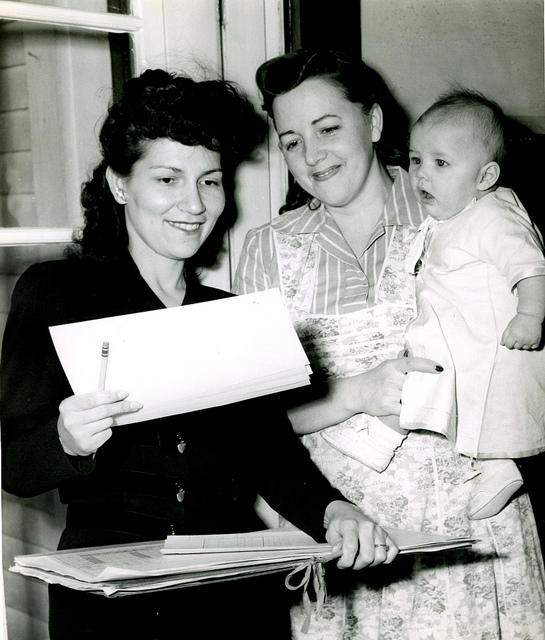 Are your DNA ethnicity results exciting, confusing, inconsistent, exasperating…or all of the above? 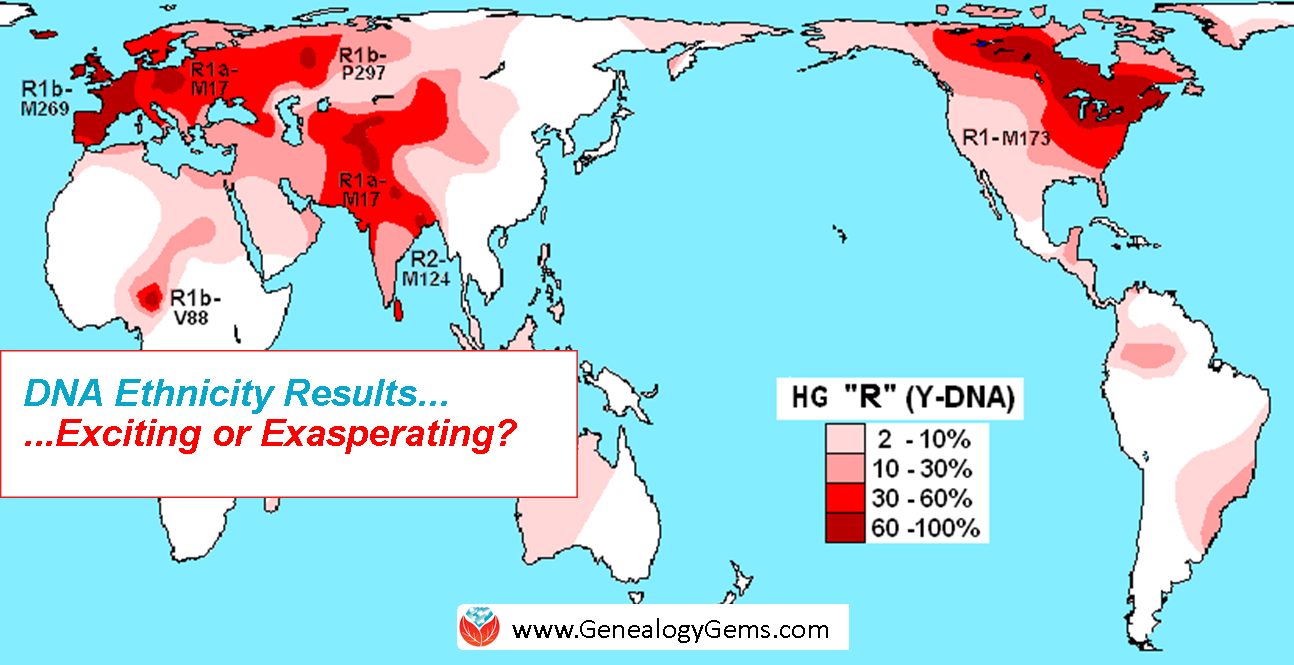 Recently Kate expressed on the Genealogy Gems Facebook page her frustration with her ethnicity results provided by AncestryDNA. She gets right to the point when she writes, “the way they refer to the results is confusing.”

Kate, you are not alone. Many genealogists have been lured into taking the autosomal DNA test at one of the three major DNA testing companies just to get this glimpse into their past. Remember that the autosomal DNA test can reveal information about both your mother’s side and your father’s side of your family tree. Many take the test hoping for confirmation of a particular ancestral heritage, others are just curious to see what the results will show. Though their purposes in initiating the testing may vary, the feeling of bewilderment and befuddlement upon receiving the results is fairly universal.

Kate has some specific questions about her results that I think most will share. Let’s take a look at a couple of them. First up, Kate wants to know if our family tree data in any way influences the ethnicity results provided. The answer is an unequivocal “no.” None of the testing companies look at your family tree in any way when determining your ethnicity results. However, the results are dependent on the family trees of the reference population. The reference populations are large numbers of people whose DNA has been tested and THEIR family history has been documented for many generations in that region. The testing companies compare your DNA to theirs and that’s how they assign you to an ethnicity (and place of ancestral origin?).

Next Kate asks, “Do they mean England when they report Great Britain?” Or to put it more broadly, how do these testing companies decide to divide up the world? All of the companies handle this a little bit differently. Let’s look at Ancestry as an example. When you login to view your ethnicity results, you can click on the “show all regions” box below your results to get a list of all of the possible categories that your DNA could be placed in. These 26 categories include nine African regions, Native American, three Asian regions, eight European regions, two Pacific Island regions, two West Asian regions, and then Jewish, which is not a region, per se, but a genetically distinct group.

Clicking on each individual location in the left sidebar will bring up more information on the right about that region. For example, clicking on Great Britain tells us that DNA associated with this region is primarily found in England, Scotland, and Wales, but is also found in Ireland, France, Germany, Denmark, Belgium, Netherlands, Switzerland, Austria, and Italy. Basically, this is telling us that people with generations of ancestry in Great Britain are quite a genetic mix from many areas.

The first chart here shows that if we are to test the DNA of 100 natives of one of these primary regions (England, Scotland or Wales) then 50 of them willhave the great Britain “pattern” of DNA covering 60% or more of their entire genome, and 50 of them will have that pattern in less than 60% of their DNA. The fact that this half-way number is so low, only 60%, tells us that there is a lot of uncertainty in this ethnicity estimate because there is so much mixture in this region. Kate, for you that means that when you see Great Britain in your ethnicity estimate, it could mean England, or maybe it means Italy- Ancestry can’t be certain. 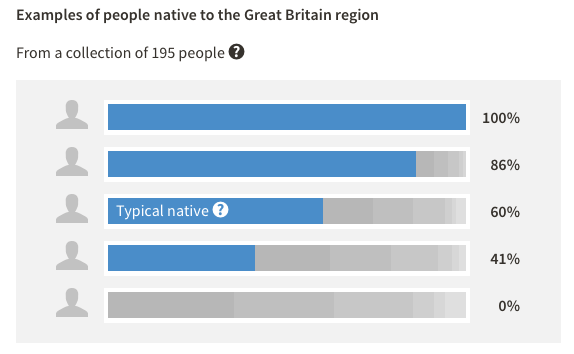 But that uncertainty isn’t the same for every region. Pictured here is also the ethnicity chart for Ireland. You can see that half the people who are native to Ireland will have 95% or more Irish DNA.  Kate, for us this means that if you have Irish DNA in your results, you can be pretty certain it came from Ireland. From these tables you can see your membership in some regions is more robust than others, and Ancestry is using these tables to try to help us tell the difference. 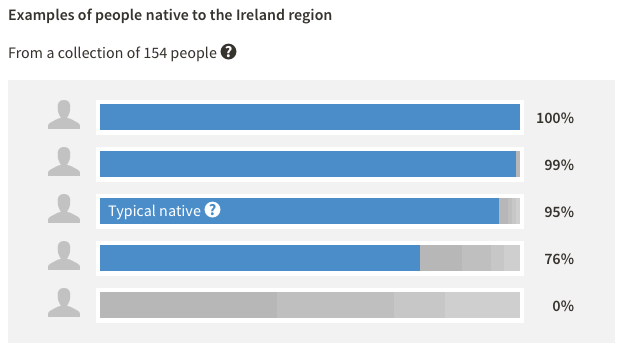 In the end, the ethnicity results reported by each DNA testing company are highly dependent on two factors: the reference populations they use to compare your DNA against, and the statistical algorithms they use to compute your similarities to these populations. Every company is doing both of these things just a little bit differently.

Kate, if you want to get another take on your ethnicity results, you can take your data over to Family Tree DNA, or you can be tested at 23andMe. A free option is to head over to Gedmatch and try out their various ethnicity tools. If you need help downloading and transferring, you can head over to my website: http://www.yourdnaguide.com/transferring.  Most people have found after searching in multiple places that their “true” results are probably somewhere in the middle.

While these ethnicity results can be interesting and useful, for most they will just be a novelty; something interesting and exciting. I have found that their most useful application is acting like a fly on a fishing line. They attract our family members into DNA testing where we can then set the hook on the real goal: family history.

If you’re ready to bait your own hook, I recommend you check out my series of DNA quick guides. These guides will help you choose the right DNA tests for your genetic genealogy questions. You’ll become a smart shopper, more prepared to choose the testing company that’s right for you. And you’ll be prepared to maximize your results from each company, rather than look at them blankly and wondered what the heck you just spent that money on. Click here to see all my DNA guides: I recommend the value-priced bundle!