Here’s an innovative way to use Facebook for family history. It comes from my downloadable video class, Pain-Free Family History Writing Projects. 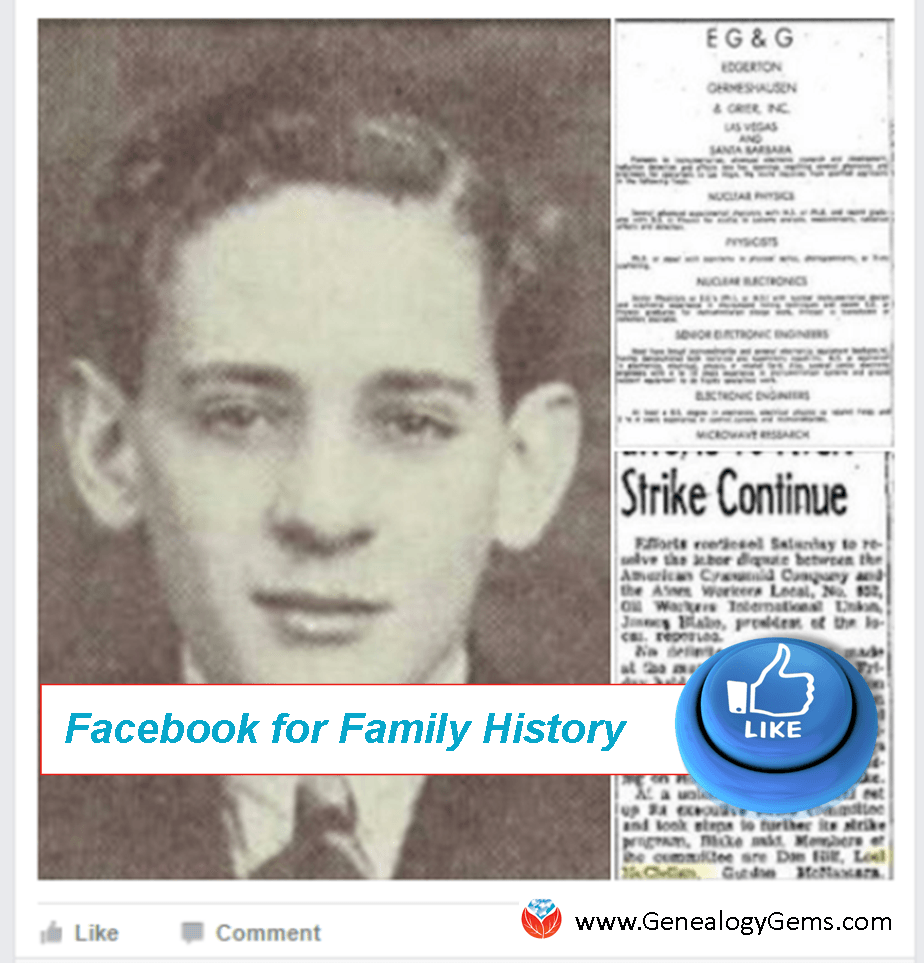 Are you using Facebook to gather family history from your relatives? You can! It’s a version of “crowd-sourcing,” or using the internet to ask lots of people at a time for help. Here are two specific examples: 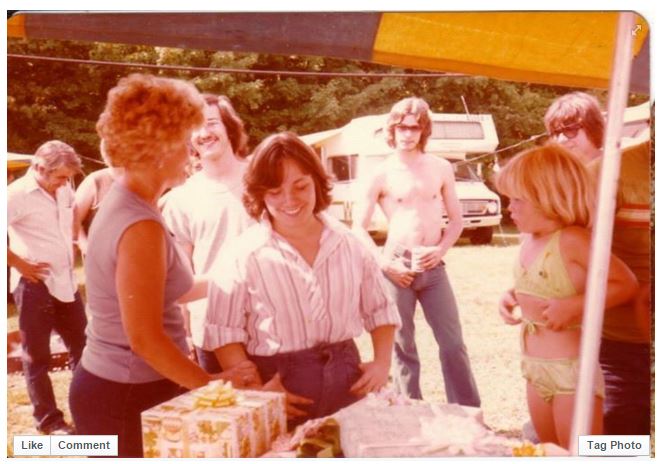 I posted this first photo in my husband’s family reunion Facebook page, after being given a ton of photos from past reunions. I couldn’t identify anyone in the picture and I couldn’t tell what was happening, but it looked like something special. After I posted it, one person commented, “Boy that’s an old photo of me”–which identified someone in the picture! Then an aunt commented that this was a bridal shower held during the annual family reunion. Yay! The mystery photo was captioned. 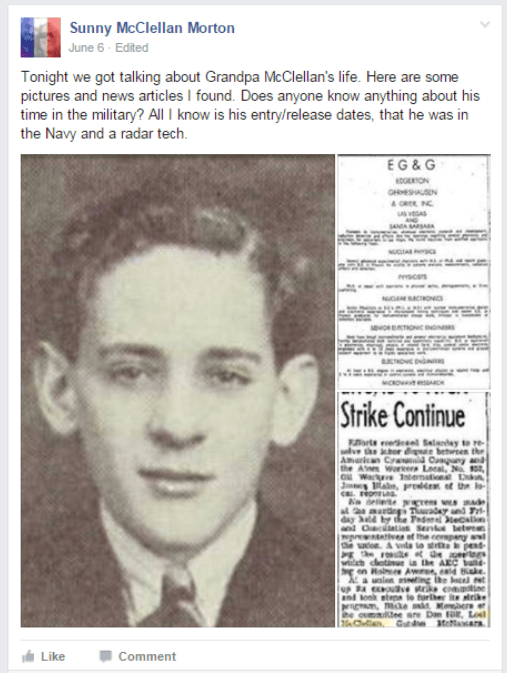 In this second example, I asked for more than just a photo caption. I posted a yearbook photo of my grandfather and two newspaper articles about him in our family Facebook group. In the accompanying post I asked, “Does anyone know anything about his time in the military? All I know is his entry/release dates, that he was in the Navy and a radar tech.” I tagged several close relatives so they would see it. (This was in our closed Facebook group. You can tag people by typing the @ sign and then their names in the post or in a comment below it.)

The response was fantastic. My aunt said grandpa served on a ship in the Atlantic and mentioned a rank she thinks he achieved. My uncle said he had some related papers and would send them to me (yay!). Even better, some younger family members commented how much a sibling or son looked like grandpa at that age. A cousin snagged what I’d posted for her daughter’s family history project. So even those younger relatives who couldn’t tell me about grandpa could benefit from the online conversation.

BONUS TIP: I get the best response when I post an image or video along with my questions. Pictures and videos will catch people’s interest, jog their memories and sometimes prompt additional comments. This is a good way to remind people of your interest in the family stories and to share what you already have.