I’ve heard from many of you since publishing my interview with Diane Loosle, Director of Patron Services at FamilySearch on the topic of FamilySearch ending its microfilm lending program on August 31, 2017. As fate would have it, just as the interview published, the unexpected happened – microfilm ordering capability ceased. That was when emails like this one started to arrive in my inbox:

Last Monday there was a computer software upgrade (or downgrade as I call it) in the FamilySearch catalog system which now prevents ordering of a mass number of microfilms ahead of the deadline this week…I am not confused about what is going on. I volunteer at an FHC and to date we have ordered some 600 films to complete our collection (these records will never be digitized.)  We have ordered all the vital records we can. We have more than 9000 films at our little FHC, but now we want to order the Naturalization records and the system says “Film #—- does not exist.”  This is happening on a global scale and even with films we already own. German, Lithuanian, Swedish, Chicago, Sacramento, Dallas, you name the city, this error message is showing up…Since you had a conversation with Diane recently, is there a way you can share this with her and find out how we can address this stumbling block. This is now a week old…

Many of you asked  me to reach out to Diane, which I did. And thanks to your involvement, I received the following from Diane this morning:

“There was an update to the software that had unintended consequences in that it broke the online film ordering systems connection to the FamilySearch Catalog. People were unable to order the films they desired for a little less than one week. This timing of course was very unfortunate. The situation has been remedied in the software so orders have resumed and because of this issue, the decision has been made to extend the film ordering deadline by one week to September 7th to make up for the week that the software was down. We apologize for the inconvenience this has caused people and are anxious to ensure that they are able to order the films they desire. We now need everyone’s assistance to get the word out to their friends that if they experienced this issue in trying to order they will be able to get their orders in now.

Thanks for your help on this Lisa. This was an incredibly unfortunate event with timing which couldn’t have been worse. This is of course and evolving situation at this point. I will keep you posted if anything else changes. The software that we use for this is quite archaic, a real dinosaur in the technology world. We are literally praying that it will hold up under the additional load. While we don’t anticipate any further problems, it is possible, so I will keep you in the loop should anything happen” -Diane

As you can hear, it was genealogical serendipity struck in an unusual, and unfortunate way. But as soon as FamilySearch became aware of the problem, they went into action. I’m pleased and grateful that they have extended deadline, and that they make millions of genealogical records available to us every day. And I’m grateful to you, our Genealogy Gems community for getting into gear and bringing the situation to the forefront.

Switch to Inbox by Gmail App or Improve Your Existing Gmail: It’s Your Choice 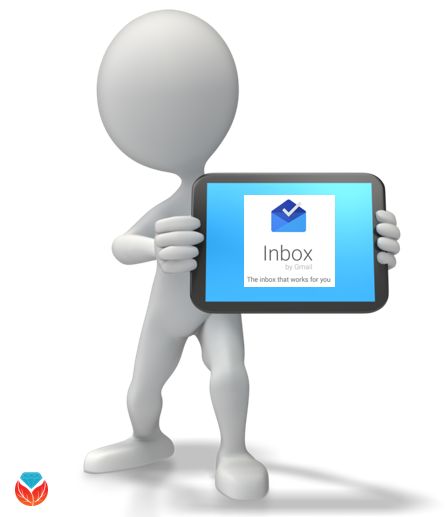 Inbox by Gmail app has some great features and if you’re willing to go all-in and are up for a big change, go for it. If not, here are some ideas for improving your regular Gmail experience.

About a year ago, Google announced the new Inbox by Gmail app. I didn’t cover it then because they had bugs to work out. But, I’ve been keeping an eye on it. It’s a bit overwhelming, however, if you are up for the change here’s a quick video summary of what it does.

As a recap, the Inbox by Gmail app can:

You can also do a lot of housekeeping and organizing tasks yourself. For example, you can:

These are pretty slick features, but they come with a price: Inbox by Gmail is a dramatic change from Gmail which some might find a difficult transition.

If you’re not quite ready to switch to Inbox by Gmail, there are ways to enhance and improve your experience using regular Gmail. I don’t know about you, but I don’t use the “Chat” feature on Gmail very often. However, that little chat box pops up right below the labels, and that means that when you select a label lower down on the list, it’s easy to accidentally open the chat box. Frustrating indeed!

Make your life just a little bit easier by changing the location of your chat box. Go to Settings, then click on Labs. Click to Enable the Right-side chat feature. Chat moves out of the way over to the right and the problem is solved.

For those of you who don’t use the Chat feature at all, you can completely turn it off. Simply go to Settings, Click the Labs tab, click to select Chat Off, and then click Save Changes.  Ah, this gives you a cleaner, less cluttered, Gmail to work with. Nice! 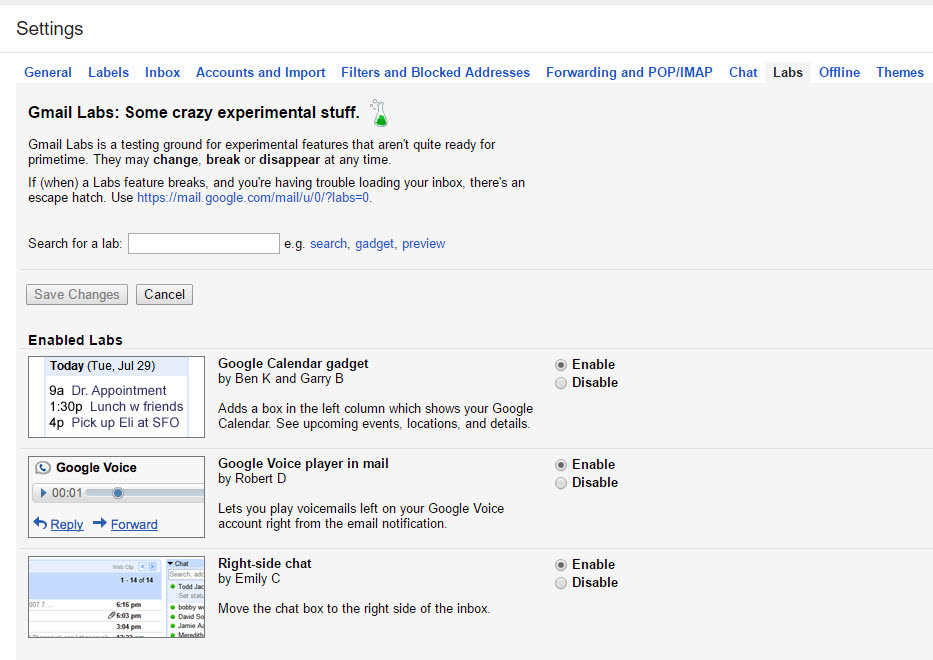 An important thing to remember about changing any of your Gmail settings is that you must click the Save button on the page to apply the changes.
Switch to the new Inbox by Gmail app or just improve your existing email with this little tip, the choice is yours. Thanks for sharing this tip with your friends…it’s nice to share, isn’t it?

The Genealogy Gems Premium Podcast 134: Tips and Apps for Oral History Interviews on Your Mobile Device (The Premium subscription required)