It’s time to pay taxes in the United States!

Is it any consolation that our ancestors paid them, too? Here’s a brief history of U.S. federal taxation and tips on where to find tax records for the U.S. and the U.K.

According to the National Archives (U.S.), the Civil War prompted the first national income tax, a flat 3% on incomes over $800. (See an image of the 16th Amendment and the first 1040 form here.)

The Supreme Court halted a later attempt by Congress to levy another income tax, saying it was unconstitutional.

In 1913 the 16th Amendment granted that power. Even then, only 1% of the population paid income taxes because most folks met the exemptions and deductions. Tax rates varied from 1% to 6%–wouldn’t we love to see those rates now!

Where to Find Tax Records

Ancestry.com has indexed images of U.S. federal tax assessment lists from the Civil War period (and beyond, for some territories).

Here’s a sample image from Arkansas:

Of course, the U.S. federal income tax is just one type. Taxes have been levied on real estate, personal property and income by local, regional and national governments throughout the world.

Some tax records can be found online at the largest genealogy websites.

Here are examples of tax records that can be found at Ancestry:

FamilySearch.org hosts over a million records each of U.S. state tax records from Ohio and Texas.

FindMyPast hosts a wealth of U.K. tax records, from local rate books to Cheshire land taxes and even the Northamptonshire Hearth Tax of 1674.

In addition to genealogy websites, here in the U.S., look for original real estate and personal property taxpayer lists in county courthouses or state archives.

It’s also a good idea to consult genealogical or historical organizations and guides. A Google search for “tax records genealogy Virginia” brings up great results from the Library of Virginia and Binns Genealogy. And here’s a search tip: Use the keyword “genealogy” so historical records will pop up. Without that term, you’re going to get results that talk about paying taxes today.

If you still haven’t found the tax records you are looking for, there are two more excellent resources available for finding out what else might be available within a particular jurisdiction.

The first is the FamilySearch Wiki. From the home page you can drill down using the map, or try a search in the search box. Search for the jurisdiction and the keyword tax. Click through to the page for that jurisdiction. Typically you will find a table of contents that includes links to the section of the page covering various topics. Look for a link to tax, taxes, tax records, or taxation. They will list known sources for tax records in that area. 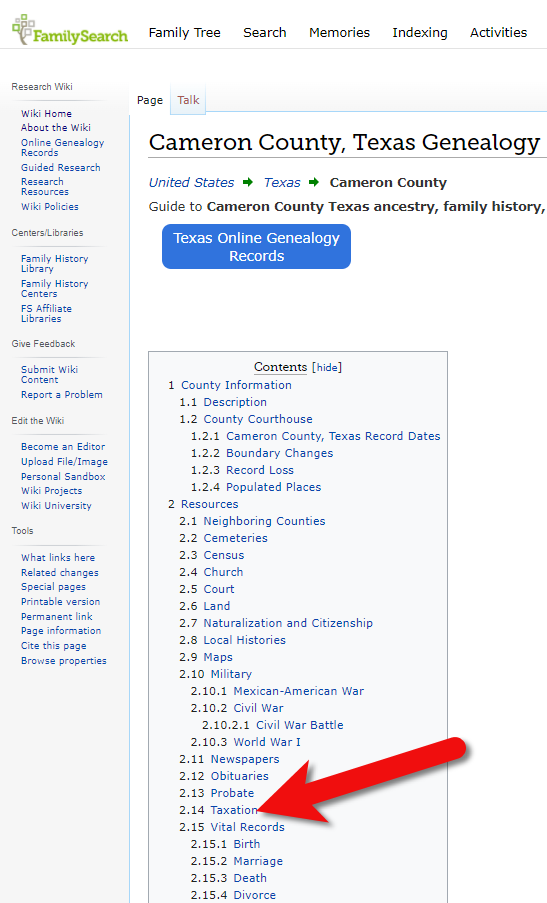 Tax records at the familysearch wiki

The second resource for finding out what else might be available is the free USGenWeb site. Like the FamilySearch Wiki, it’s organized by location / jurisdiction. Drill down to the place and then look for the section listing the known records for that area and look for tax related links. 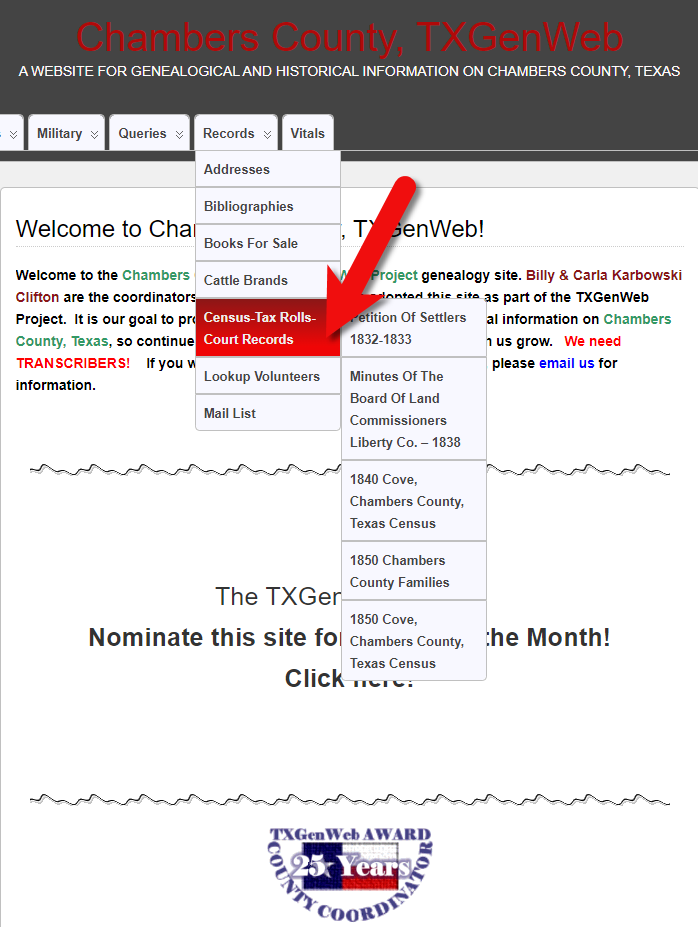 Why It’s Worth Finding Tax Records

I’ll leave you with this tantalizing list of data gathered in the Calhoun County, Georgia tax list of 1873. It enumerates whites, children, the blind/deaf/dumb, dentists, auctioneers, and those who have ten-pin alleys, pool tables and skating rinks. Then, real estate is assessed in detail. Finally, each person’s amount of money, investments, merchandise, household furniture, and investment in manufacturing is assessed.

As you can see, it can pay you big to invest time in looking for your ancestor’s tax records! Just make sure that if you’re here in the U.S., you’ve got your own taxes out of the way before you go searching for someone else’s.