The History of Your Ancestors’ Baby Clothes

Valentine’s Day brings to mind visions of cupid, a baby dressed only in a nappy shooting arrows of love at unsuspecting couples. While this little cherub celebrates the holiday au natural, let’s take some time to talk about the fashion statements the babies in our family tree have made through the centuries. To help us visualize the togs those tots wore we could turn to our grandmother’s photo albums, but there we may find a surprise: lots of photos of female ancestors and surprisingly fewer of the males. Why is that? Read on as my colleague and guest genealogist Allison DePrey Singleton, Librarian at the Allen County Public Library Genealogy Center unravels the mystery and stitches together a delightful history of baby clothing.

The History of Baby Clothing 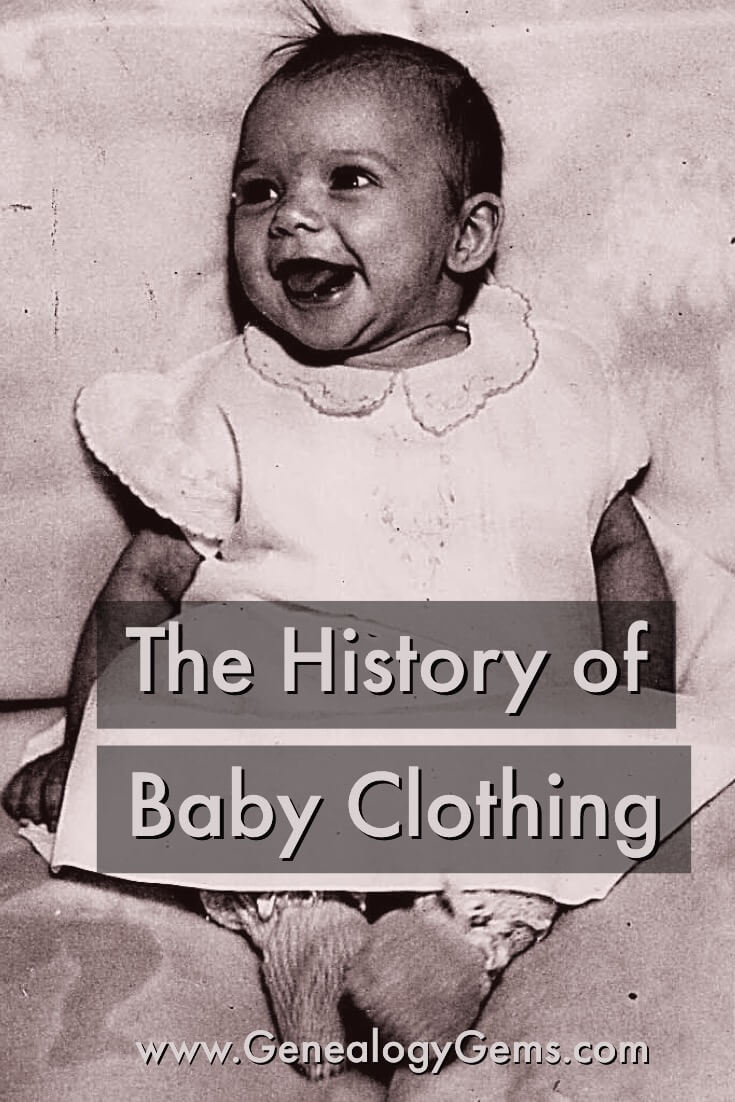 Swaddling in the 17th Century

In the 1600s, babies were “swaddled” and not in the current sense of the word. They were wrapped tightly in cloth so their legs and arms would stay straight. It was thought that if the baby’s limbs were bent, they could become physically deformed. The swaddling went from the head down their entire body to keep it still and straight. You can see a depiction of a swaddled baby in Jan Steen’s painting, Celebrating the Birth. The child is being held at an awkward angle, and since the child is swaddled so firmly, the head does not need to be physically supported. (Image below) 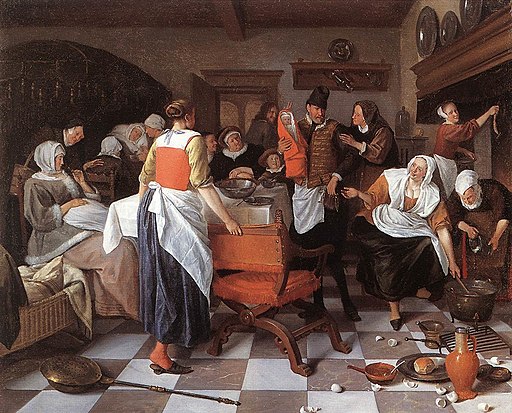 Another fascinating seventeenth-century practice is the use of “stays” on babies. Once a baby left the swaddling period, he or she was put into a tiny corset, or stays, to keep straight and stiff. The era placed a great deal of emphasis on the positivity of an erect and straight posture. Parents dressed their children in long skirts, regardless of sex, to prevent crawling, which was considered barbaric and unnatural. The long skirts were significant indicators of age and not sex. A depiction of a child in stays and long skirts can be seen in the painting, Mrs. Freake and Baby Mary.

From Baby Clothing to Breeched

The 1700s brought new ideas about allowing physical freedom for babies. Firm swaddling went out of vogue and so did the infant stays. Parents still dressed their babies in little dresses, but they were now ankle length after about six months. As the centuries went by, baby clothes became more ornate and frilly. Social norms considered babies to be beautiful, no matter the sex, and no concerns existed about differentiating the gender at a glance. Boys and girls alike could have long ringlets and dresses. This makes identifying boys and girls in photographs more difficult. There were small nuances that separated the boys from the girls. Boys would have one style of dress while girls could possibly have a more ornate dress. Clothes were not distinct to gender until children reached a certain age. Boys would then be “breeched,” or allowed to wear breeches, sometime between four and seven years of age. As the decades passed, the age to be “breeched” became younger and younger. This painting of Two Boys in a Garden shows a boy who had been “breeched” and a younger boy who had not. You can learn more about this painting at the Connecticut Historical Society. 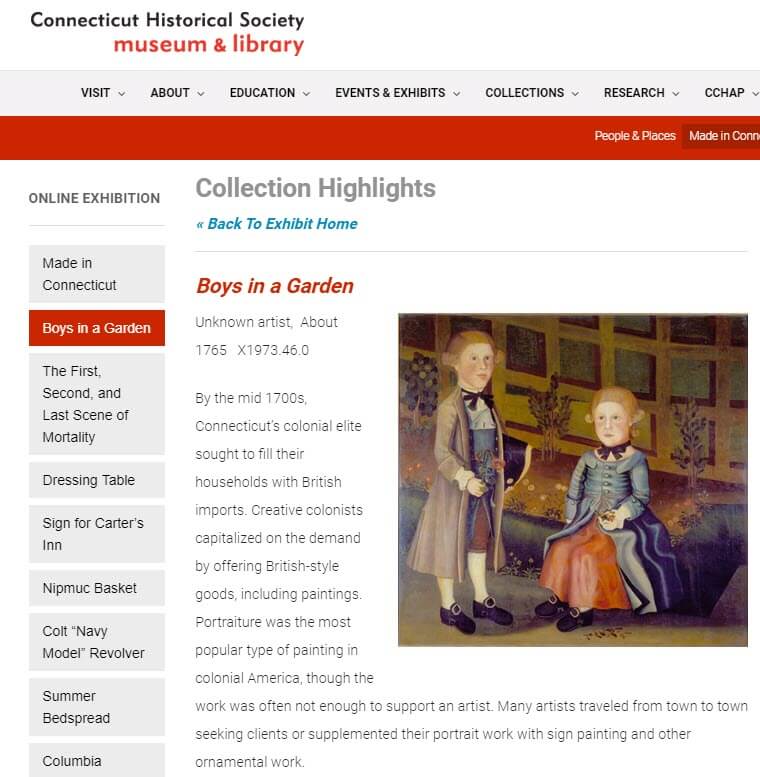 Baby Clothes in the Pink (and Blue!)

With the advent of washing machines in the mid-1800s and the expanded availability of store-bought fabrics, baby clothes began having a bit of hue to them. Initially, there were no colors assigned to either sex, but this changed in the mid-1800s. Originally, boys were assigned the color pink and girls the color blue. Check out this adorable pink and red shirt for a baby boy in The Autry’s Collections Online: http://bit.ly/2jydN1R. This vintage baby announcement is also a great example of the use of pink for boys: http://bit.ly/2jnpdlI 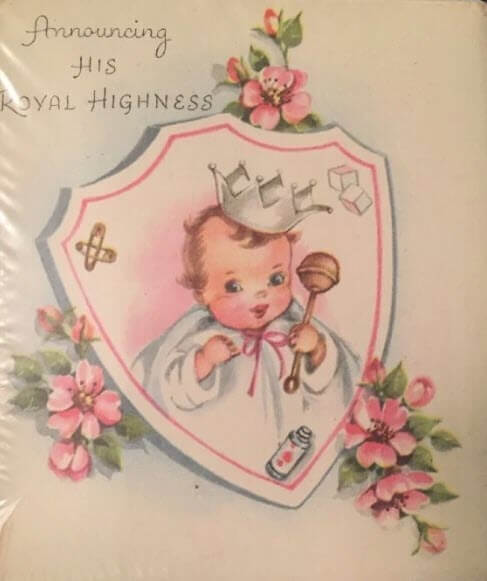 Various writings, books, and newspaper articles show this opposite color assignment for babies, including this article from 1897:

“On Friday, when she had read the papers and learned of the event at Princeton, Mrs. McKinley smiled, but her smile had a trace of discomfiture. The booties which she had sent to Mrs. Cleveland were blue, and as all the world which has had experience in such things well knows, blue booties are for girls and pink for boys.”  – The Wilkes-Barre Telephone (Wilkes-Barre, Pennsylvania), Saturday, November 6, 1897.

The mixed beliefs about the correct color for each gender continued well into the 1900s. In 1925, the Betty Bob’s Family paper doll book came out with a Baby Bobby in it, featuring some feminine looking clothing: http://bit.ly/2jeCD8j. The Times Magazine featured a chart on which ten popular department stores labeled the gender of clothes for which sex. Six stores listed pink for boys and only five stores showed pink for girls (one store even had pink for both sexes). You can view this article through the same access link as for the other articles. 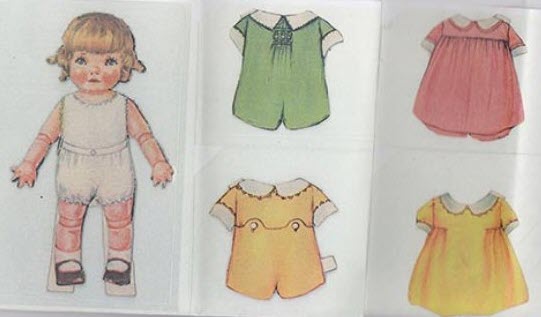 Not until after World War II did the custom of assigning pink for girls and blue for boys become set. One thing to note is that even in today’s society, baby girls can wear blue or pink, but baby boys generally are not dressed in pink. Since the color assignments became set, it has become an insult to many mothers to call a child by the wrong gender. You will see most babies with some kind of indicator on them, such as a bow headband or a little blue blanket or toy, even if their clothes are not a female shade or male shade of color.

It is a relatively new phenomenon to have gender-assigned clothing instead of just age-assigned clothing. Take another look at your family photos and those vintage baby clothes. You might see something new from a different perspective. 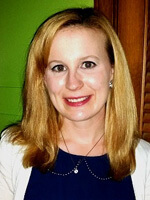 About the Author: Allison DePrey Singleton

Allison is Genealogy Librarian at the Allen County Public Library Genealogy Center where her specialties include Indiana, France, and Germany as well as programming for all levels of genealogists and keeping family history alive via social media and new digital trends.