Three Southern Genealogy Record Types You Should Be Using

Researching your U.S. ancestors from the South can lead to frustrating brick walls. Isolation, the Civil War, and natural disasters are all playing a role in the shortage of records. But finding your Southern kin doesn’t have to be impossible.

The experts at Legacy Tree Genealogists are serving up 3 distinct record types you should be looking for to find these elusive missing folks in your family tree.

Thanks to Legacy Tree Genealogists for this guest post! Learn more about them below.

Doing research in the United States pre-1850 can be challenging anywhere. The colonial and early federal period across the nation generally affords genealogists fewer record types with much less biographical information and variety than later eras. But the South is notoriously even harder to research than other parts of the country. 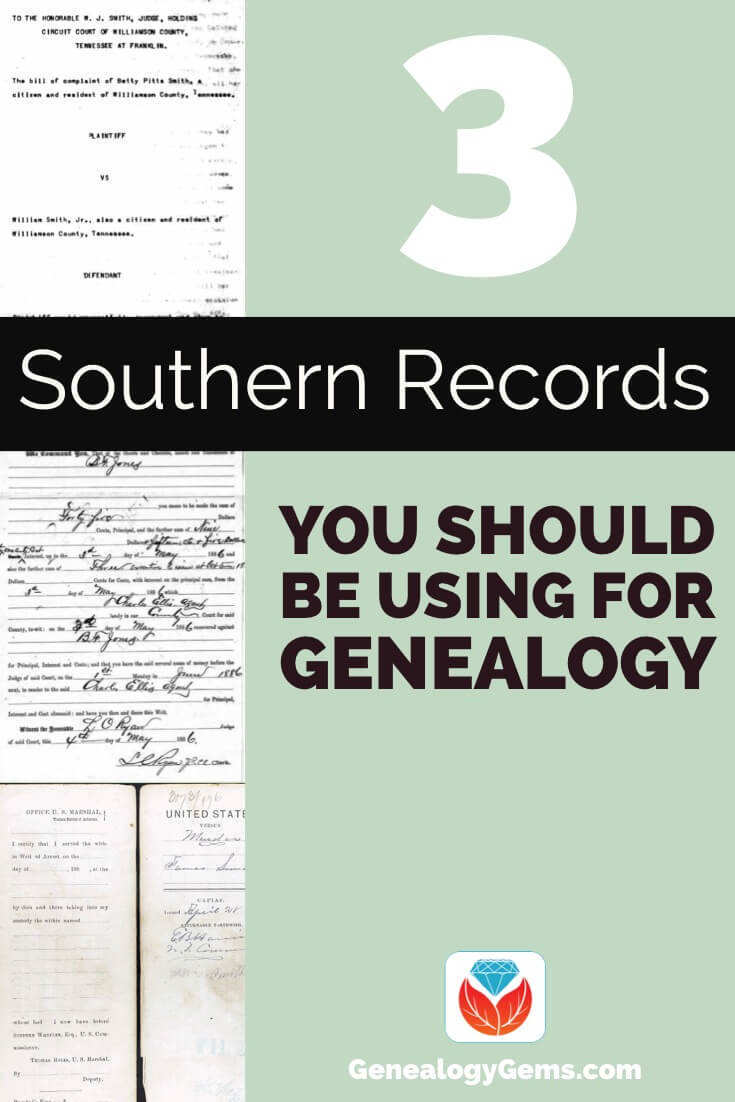 This is the case for a couple of reasons. First, the South has always been far more agrarian, isolated, and independent in nature than its northern counterpart. Thus, there were few cities and almost none of the vital record-keeping that occurred in New England, for example. With such great distance between communities, it could also be expensive and time-consuming to travel just for the purpose of recording an event like a marriage. In some cases, young couples simply relied on the circuit-riding minister to come around and didn’t bother to register their wedding with the civil authorities. In some areas within Catholic French Louisiana, parish priests were so sparse that they would only get a visit from their religious leader every decade or so!

The second – and perhaps most impactful – reason for the dearth of Southern records is the high rate of disaster and destruction, both natural and man-made. Floods, fires, hurricanes, tornadoes, humidity, and insects could erase a courthouse or church’s collection in no time. Then there’s the Civil War and other frontier conflicts. The South sustained a much higher rate of devastation as a result of the war than the North did, and its records often paid the price.

These are important facts to keep in mind when researching Southern ancestors. However, though these things make it more difficult, it doesn’t have to be impossible. Most people who have performed any substantial Southern research are aware that you must rely heavily on records such as land, tax, and probate. Additionally, mysteries are most likely to be solved by stacking pieces of indirect evidence. Seldom is there a “smoking gun” answering that brick wall question.

Although most are not yet fully online and are rarely indexed, those land, tax, and other records are usually accessible on microfilm at the Family History Library, or they can be searched onsite at the location where they are housed. But what do you do when even those hours at the microfilm reader poring over land transactions in Georgia still doesn’t yield the answer? Consider that you may not have actually searched everything! In many cases, the answer lies within the court system.

There are three particular key court-created records that are not yet as easily available for most Southern areas. They are not online, and sometimes not even held in the Family History Library’s vast collections. In fact, they tend to be still gathering dust on a courthouse shelf in the county of your ancestors, requiring an old-school phone call to the local clerk – or perhaps hiring an onsite genealogist to perform a lookup (which is something Legacy Tree Genealogists can help you with).

Civil and criminal court case records can be quite beneficial should your ancestor ever have had his day in court – and many did. Property disputes, lawsuits, guardianship, appointments to government office, and licenses for various activities are just some of the varied types of legal documents to be found.

True, sometimes administrations, inventories, and partitions of property can be found online or in the Family History Library, but not always. The biggest focus is typically on wills, but many of our ancestors did not leave one of those fortunate documents. What is not always commonly known is that just because there isn’t a will doesn’t mean that there is no record of the division of a person’s estate. These probate documents can name relatives, neighbors, minor children, and creditors; they’ll allow you to narrow down the date of death for the ancestor, and to gain insight into his or her financial affairs and socioeconomic status. Learn more about probate records from this article by Margaret Linford.

Divorce was rare in early U.S. history, particularly in the South, but that doesn’t mean that it never happened, and we must always be careful to exercise caution in assuming that the end of a marriage was always caused by death. Though marriage records are easily accessible in most places, divorce proceedings have not followed suit. But in a region and era with so few opportunities for finding exact dates and whole family units, divorce records can be a goldmine. Their level of specificity can vary from place to place, but most will at least give the original date of marriage, name of the parties involved, and any children or property to be decided upon. We report recently on a newly available collection of North Carolina divorce records in this article. 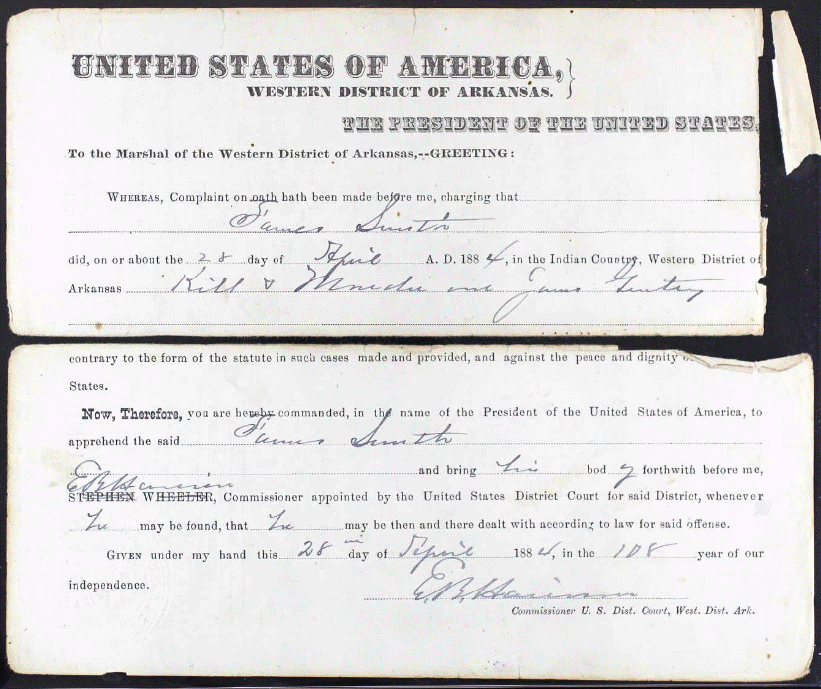 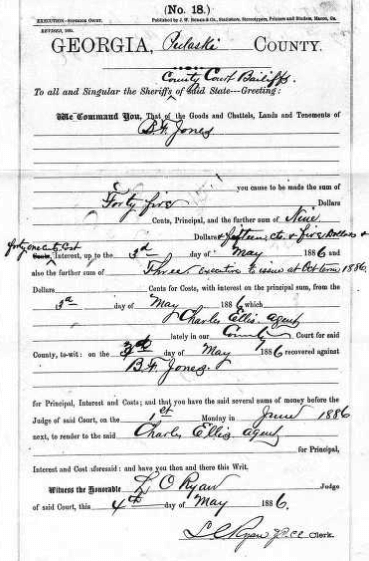 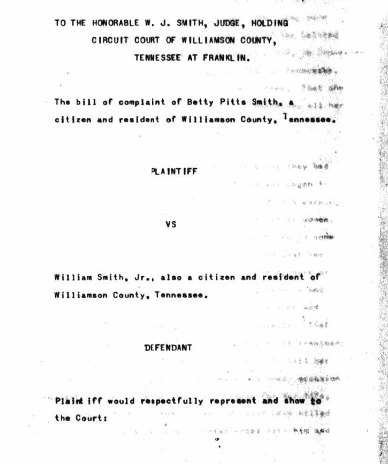 Good genealogists do their best to perform reasonably exhaustive searches. In the case of Southern brick wall problems, don’t be afraid to dig deeper and expend a little more effort in less-accessible records. It usually won’t be quick or easy but let the potential reward of solving the seemingly unsolvable puzzle serve as motivation! 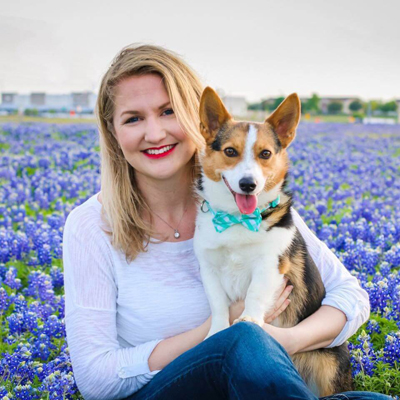