The index contains nearly 6 million records and may include family names, relationships, dates, and places of vital events and the publication. Better yet, you’ll find links to images in those newspapers, like this example: 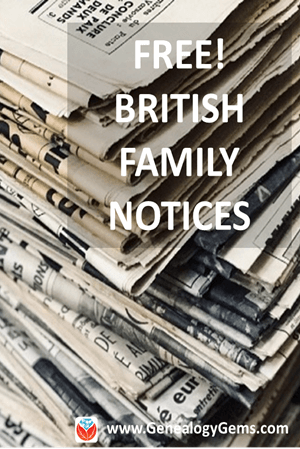 Family notices are only one of the many spots in a newspaper in which your relatives may appear! Feature news article coverage, crime reports, legal notices, advertisements, even sporting events. In recent weeks, The British Newspaper Archive has added over 270,000 digitized newspaper pages its site—and these updates also appear in the newspaper collections at sister site Findmypast.com. Updates to existing titles span England, Scotland and Ireland and include the following (links go to the Findmypast collections):

British directories and almanacs. Findmypast.com has added over 329,000 records to its British Directories and Almanacs collection. According to the site, “the new additions include English & Welsh publications spanning the years 1766 to 1919. Inside you will find the names, addresses and occupations of prominent people, tradesmen, people who held office, business owners and local civil servants.”

Browse these pages to learn more about an ancestor’s life. For example, says the site, “They provide topographical accounts of towns, social statistics and comprehensive guides of towns or cities, as well as full listings of gentry, business owners, tradespeople, civil servants, church leaders, school teachers and much more. Furthermore, you can explore the history of your home by searching the publications by address, where you may discover previous proprietors.”

England clandestine marriages. Now on Findmypast are more than 881,000 indexed images of clandestine marriage records covering the years 1667 to 1775. “Records will reveal a combination of the couple’s names, marital conditions, occupations and residences,” says the collection description. The term “clandestine” refers to marriages performed outside the Anglican church, which were still recognized by law but categorized as common-law. According to the site, “There are a number of reasons why individuals would have participated in these ceremonies. The couple may have wanted to be married in secret and away from their home. There may have been a reason that the marriage needed to be performed quickly. A clandestine marriage also cost far less than a traditional wedding. However, not all reasons were innocent, and the courtrooms heard many cases of people coerced or forced into a marriage or cases of bigamy. At this time, the age required for marriage was 14 for men and 12 for women.” 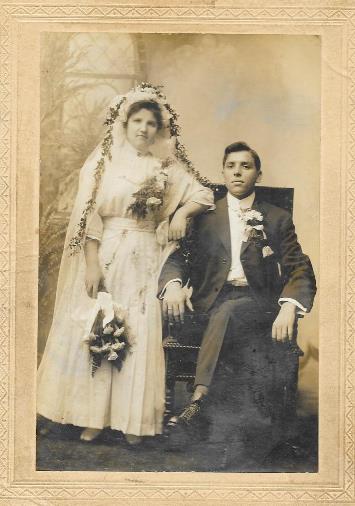 Liverpool Catholics. Genealogy Giant Ancestry.com has updated several collections of Catholic parish records for Liverpool, England, provided in association with Liverpool City Council. Explore these collections by first by going to Ancestry.com here and then in the menu, select Search > Card Catalog > and search for the name of the collections:

World War I collections. Now online at Findmypast.com, you can search these new or updated databases relating to the Great War:

More British military collections. These two collections have been updated at Findmypast:

Scotland deaths. Findmypast’s Scotland, Lanarkshire Death & Burial Index 1642-1855 includes more than 64,000 death and burial records from 31 burial grounds. “Each result includes a transcript taken from an original document that will reveal a combination of your ancestor’s birth year, death and burial dates, age at death, burial place, and mortcloth price.” (The mortcloth was the cloth spread over the coffin.)

What does “British” actually mean? 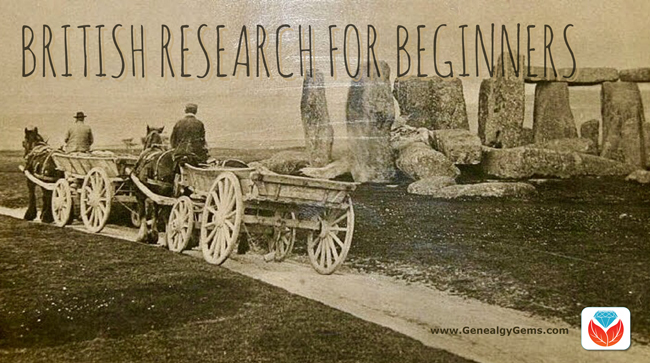