As England made international news with the recent royal wedding last weekend, I found myself wondering what the couple’s entry in the official wedding register looks like (they signed it behind closed doors). That disappointment notwithstanding, plenty of historical Church of England registers have recently come online.

Find new and updated collections of these English church records on the following Genealogy Giants: 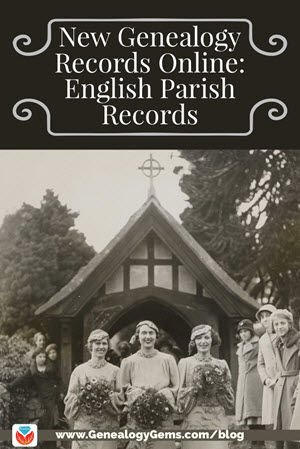 British newspapers at Findmypast.com have been updated. More than 6.5 million new articles from 37 titles include “local newspapers from across the UK and Good Morning, the official Submariners newspaper during WW2.” Coverage includes “Yorkshire, Lincolnshire, Leicestershire, Oxfordshire, the British Armed Forces, Music Halls and Theatres.”

British in India. Findmypast.com subscribers can now “browse through 75 assorted almanacs that offer a comprehensive view of life in British India” in the collection, British in India, Directories 1792-1948. According to the site, “They contain lists of medical staff, veterinary staff, police, civil servants, and engineers working in India, as well as lists of debtors, charity members, and Freemasons. You can also discover practical information for living in India, such as gardening calendars and advice for posting parcels and letters.” 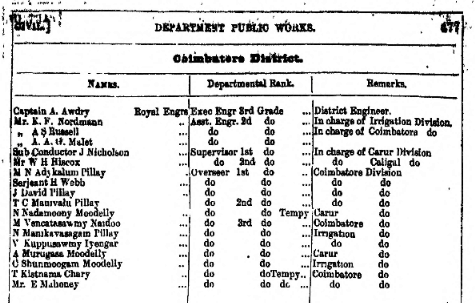 Sample page in 1878 British in India directory at Findmypast.com.

Poland. Ancestry.com has published a new collection, Poland, Krakow Apartments of Displaced Jews, 1940. This comes from the World Memory Project in partnership with the United States Holocaust Memorial Museum, so these records are free to search.

Brazil. FamilySearch has added over 35,000 indexed names to Brazil, Minas Gerais, Catholic Church Records, 1706-1999. These are “baptism, marriage, and death records created by various Catholic parishes and diocese,” and the collection continues to be updated. Additionally, nearly 60,000 names have been added to the FamilySearch database, Brazil, São Paulo, Immigration Cards, 1902-1980.

UK images. The Irish Times and other news outlets recently picked up the news that subscription giant Ancestry.com published a new collection of historical images: UK, Historical Photographs and Prints, 1704-1989. The Irish Times reported that the collection “include[s] more than 120 images taken in Ireland, offer an insight into daily life in Irish cities, towns, villages and countryside between the late 1800s and the 1950s.” Just for fun, try browsing the collection on the different images categories, such as transport, nurses, navy, royalty or weddings (an image from the latter category is shown at the top of this article, in honor of the royal wedding).

Iowa. More than a quarter million indexed names have been added to FamilySearch’s free database, Iowa, Old Age Assistance Records, 1934-1946. According to the site, “These records include principal name, date, and place of birth; parents’ names; and contemporary addresses. The birth information is especially significant as it applies to Iowa settlers who may not appear in regular birth records.”

Louisiana. Over 235,000 indexed names have been added to the free FamilySearch collection, Louisiana, Parish Marriages, 1837-1957. Record images are included in this collection of “marriage licenses and certificates, including a few marriage declarations and marriage stubs for the years 1837 to 1957.”

Oklahoma. Free at FamilySearch are nearly 25,000 new records added recently to Oklahoma, School Records, 1895-1936. According to the site, the school records are “primarily annual censuses, of pupils who attended schools in Oklahoma counties between 1895 and 1936. This collection will be published as records and images become available.”

Learn to use England parish records

England’s earliest useful census is from 1841, and civil records only go back to 1837. So England’s parish records just might prove your genealogical salvation. Click here to learn more about using them. 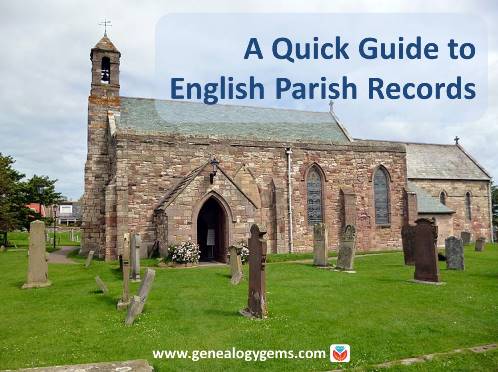