mtDNA Testing for Genealogy: A Study on Ancient Ponytails

Sometimes history provides us with a situation that is just too outlandish to be false, like this one on mDNA testing for genealogy by using ancient ponytails! In these lucky, true-to-life conditions, clues to help us unravel genealogical mysteries and tell our own crazy stories might just be found. 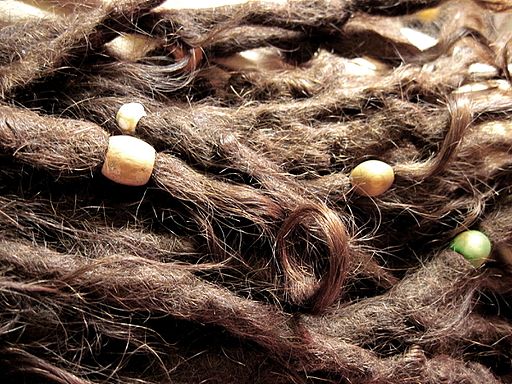 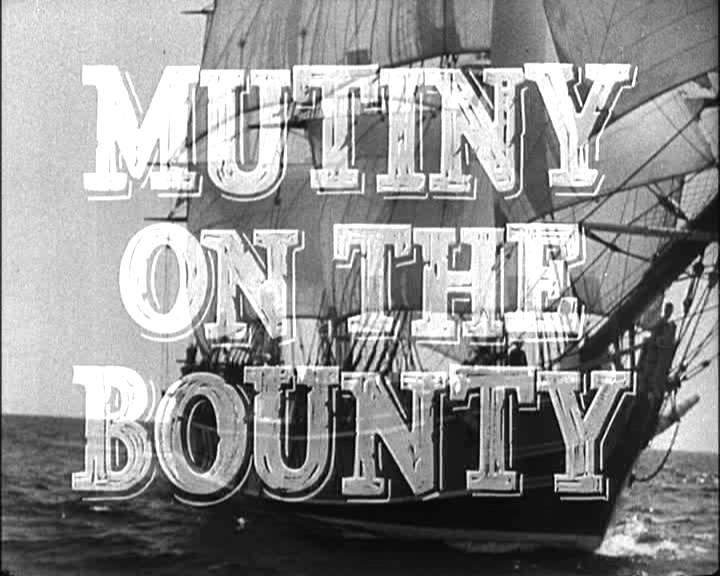 By Trailer screenshot (Mutiny on the Bounty trailer) [Public domain], via Wikimedia Commons

Do you know the story of the mutineers of the British HMS Bounty? Rewind back to the year 1789, three weeks into the 10-month journey to deliver their cargo from Tahiti to Jamaica. Twenty-five crew members, led by first mate Fletcher Christian, ousted their captain and loyalists. Then, they turned back toward the Tahitian paradise where they had spent the previous 5 months. For their crime of mutiny, they were hunted down. While 16 were later captured in Tahiti and returned to England, 9, including Christian, hid on the tiny island of Pitcairn.

But considering that 9 English mutineers, their Tahitian brides, and a couple Tahitian men were the founding population for this island, it provides an amazing genetic and genealogical view into endogamous populations.

The Proof is in the Pigtails

This fascinating tale is about to get richer, as ten pigtails of hair claiming to be from some of the original mutineers and their wives, have recently been acquired by the Pacific Union College’s (PUC) Pitcairn Islands Study Center in California. The King’s College London has contracted them to perform DNA testing.

Pay close attention to this next part: Researchers are going to conduct DNA testing on the hair samples. But this does not mean you are going to be able to test the locks of hair stowed away from one of your ancestors!

First barrier: Cost. This process of trying to extract DNA from a hair sample, especially a very, very old hair sample is meticulous work. It will cost the average consumer a pretty penny. And, you may not be able to find a DNA testing company who wants to do it for you. All major genetic genealogy companies will just flat out tell you “no.” Most paternity testing companies will require your hair has the root attached. In fact, in my quick search, I can’t even find one DNA testing company that will attempt to get DNA from your lock of hair.

Second barrier: Results. Even if you could get a lab to extract the DNA for you, the only available DNA type retrieved from a cut piece of hair is mitochondrial DNA (mtDNA). The mtDNA will trace a direct maternal line. This is opposed to the YDNA that traces a direct paternal line and the autosomal DNA which traces both sides of your family tree. Even if they do get mtDNA from your sample, it is likely to be damaged and incomplete. Therefore, the best you will likely get is an assessment of your deep ancestral origins.

For you, that might not be quite enough to determine and document your family history. But for those interested in verifying this story of mutineers settling in the Pitcairn islands, it might be.

If they do get mtDNA from the 10 pigtails, they will get 10 mtDNA lineages represented. Those stemming from the mutineers should have their deep origins in Europe, while their Tahitian brides will have a very different mtDNA signature. Likewise, if an mtDNA signature can be obtained, then the mtDNA of those still living in Pitcairn and nearby Norfolk (where many went in 1857) should match these pigtails. If it does, they can measure how many of the current residents are directly maternally related. Of course, in order to truly verify the claims, some serious genealogy work must be completed.

I will be watching this story closely over the next few months as research progresses. If successful, this will be another victory for the rarely celebrated mtDNA. This study shows that if your goals are understanding deep heritage, or testing out a particular hypothesis on your maternal line, mtDNA can be a useful option.

While the DNA studies you read about in the paper won’t always be something you can learn from, others are. Take for example the stories I shared several months ago on the Genealogy Gems podcast and blog about DNA confirming the love affair of President Warren G. Harding and the story of how experts proved it was King Richard III buried under that parking lot. You can definitely learn about using DNA for genealogy from these very public examples!

More on mDNA Testing for Genealogy

When to Do an mDNA Test for Genealogy 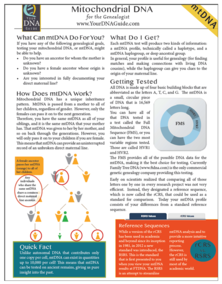