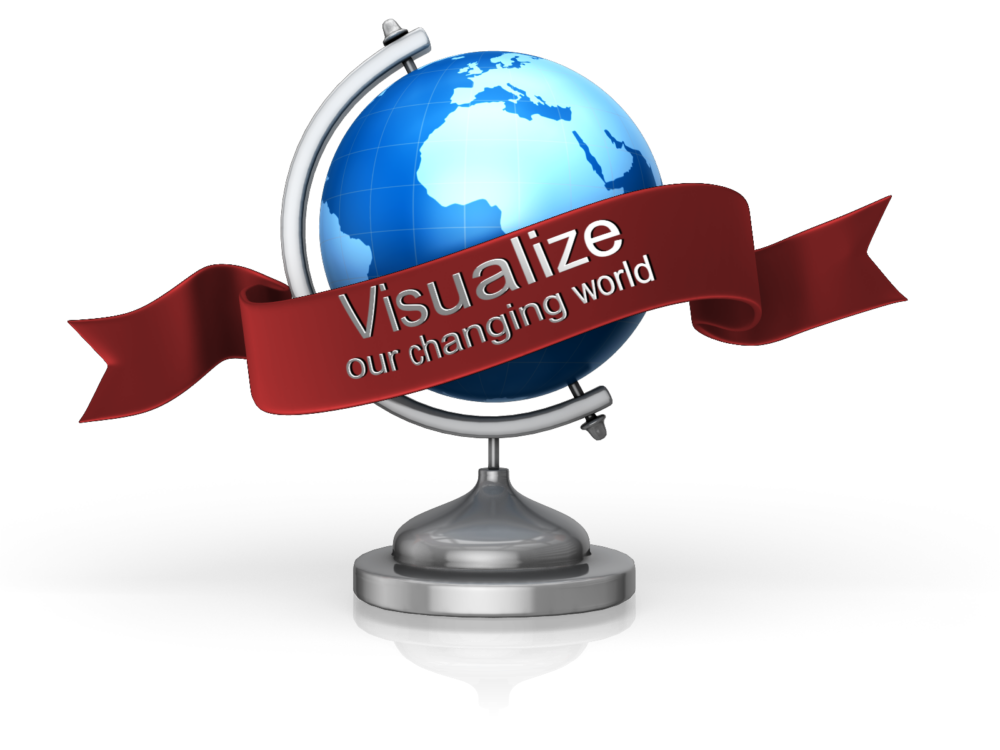 Time-lapse videos first intrigued me as a child when I watched a little seed grow into a beautiful flower in a matter of seconds. Now, illuminating time-lapse videos and tools are helping genealogists visualize our changing world.

Mr. Galka mentions on his blog that tracking urbanization occuring before the mid-20th century was a difficult task – until recently. A team of Yale researchers published a collection of urban population data dating back to ancient times which helped Galka create his video. Their collection was quoted to be a “clean, accessible dataset of cities, their locations, and their populations over time.”

I was surprised how quickly things changed and found it amazing still how many places in the world are yet to be “urbanized.”

Time-lapse Video Covering Immigration to the U.S. Since 1820

Again, Max Galka presented an amazing animation of immigration to the United States. This creation shows the countries that sent the most people to the U.S. since 1820.

The U.S. is a nation of immigrants, says Galka. As each dot flies across the page, it represents 10,000 people who immigrated to the U.S. In the bottom left corner, Mr. Galka lists the three top countries where immigrants are coming from at any given time. I was stunned as the map lit up in Russia and Africa only fairly recently. It is clearly shown that the U.S. is indeed a nation of immigrants in this colorful time-lapse video.

As a genealogist, I am constantly in search of county records. So many times, county lines or boundaries changed. I even have one family that lived on the same farm, but technically resided in three different counties over a period of about 50 years. We can’t possibly know when each county of any given state was formed or created, until now that is.

One of my favorite tools for discovering county changes over time is the Map of US.org website. You can find a map of each of the 50 states and run the interactive formation sequence. For example, I can find the Ohio map. 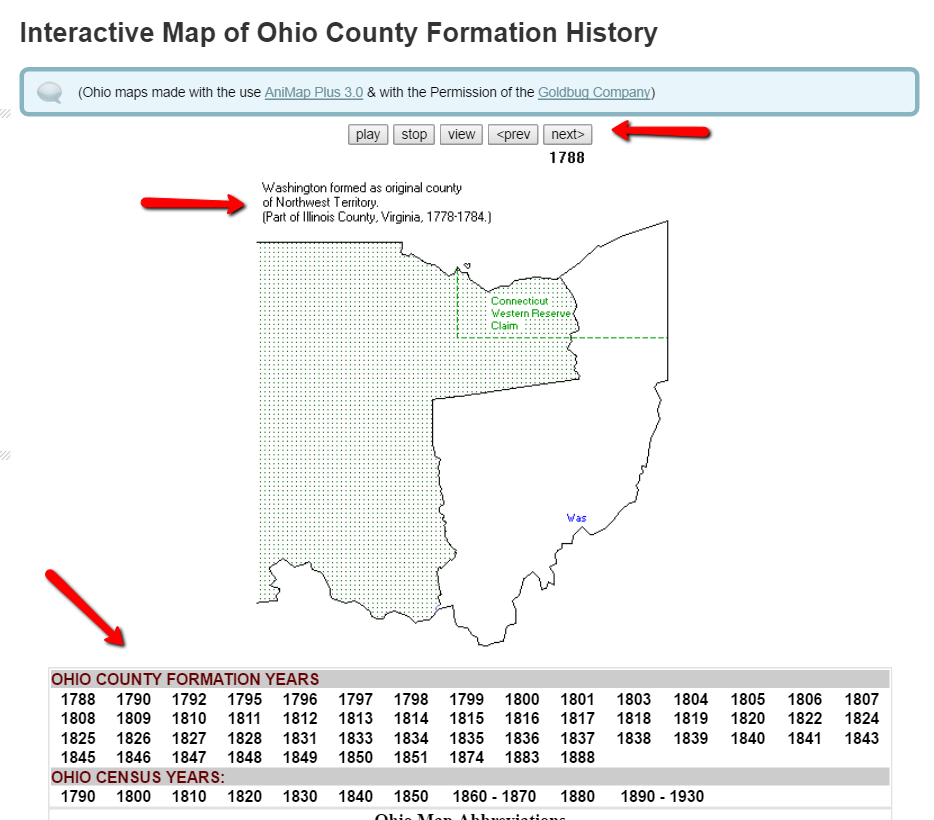 The Ohio map begins in 1788. It indicates the one county in the Northwest Territory (today’s Ohio) at that time. Washington County was formed as the original county of the Northwest Territory and was created from part of Illinois County, Virginia. That’s another reason I love these interactive maps. With the creation of each county, the map indicates from which parent county or counties it was formed. This is a great help for genealogy research. When I can’t find my targeted ancestor in the county I thought they should be in, I can determine when the county was formed and from what parent county or counties it was formed from. Then, I can quickly determine the other locations that may have records I need.

In addition to the interactive time-lapse maps, each state has a list of other helpful maps that may be of interest to you. For example, the map links for Oregon include the Historical Maps of Oregon, a set of beautiful old maps that can be viewed or downloaded.

Maps can give us a bigger picture of our county, our state, our country, and even the world. These tools help us picture our ever-changing world. What impacted you the most while watching these videos? We would love to hear from you in the comments below!

If you feel inspired to learn more about map visualization, you will enjoy Lisa’s Google Earth video. Lisa was an early pioneer of genealogical data visualization and has been teaching genealogists how to use the free software for the last several years. You can watch the free Google Earth for Genealogy video here or check out her revised and updated e-book, The Genealogist’s Google Toolbox 2nd Edition to learn even more tips and tricks for Google genealogy research.

More Gems on Videos for Genealogists