DNA for Adoption: Katie’s Genetic Roots Were Closer Than She Thought

This story of DNA for adoption research tells how one Genealogy Gems listener discovered biological roots that were closer to her adopted home than expected. 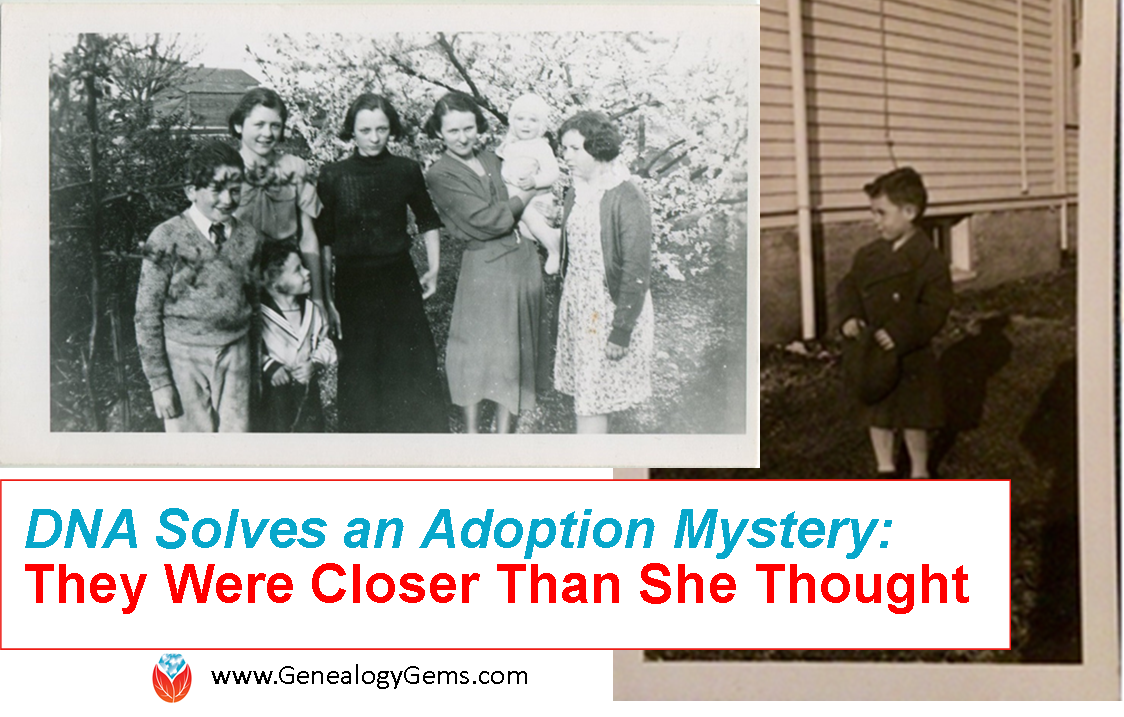 You never know what you’re going to learn when you start researching the biological roots of an adopted ancestor. And that was certainly the case for Katie from Pacifica, CA.  Recently, she wrote me to share her story of researching an adopted ancestor. Understandably, people hope for a happy ending when using DNA for adoption research. But in Katie’s case, it may be just the beginning. Here’s why: 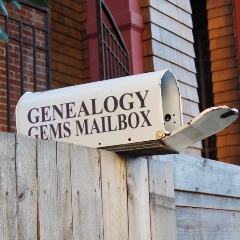 “When I set out on this geni-journey, my goal was to find my grandfather’s birth parents. [He was adopted.] But as I read all the old family letters and newspaper clippings, I found myself getting so attached to his adoptive family. I was saddened that we weren’t blood-related, because I felt so connected and proud of them.

My mother and I decided to take the AncestryDNA test, not sure what we’d find. When we got the results back, the strangest thing happened. My closest match with a family tree was a descendant of my grandfather’s adoptive grandfather.

My other closest match was adopted. He had been searching for his birth parents since the 1970s. When I called my adopted match, I think we were both excited and confused, not really sure how we’d be able to help each other in our search. As we compared notes, everything started clicking together. He began to cry. This mystery cousin of mine was no cousin at all. He was my grandfather’s half-brother. He was my great uncle, who was raised by a different, unrelated adoptive family! 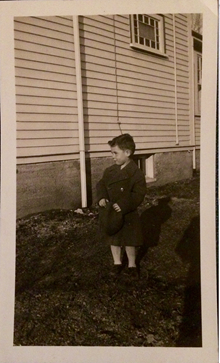 Katie’s grandfather at 4 years old, shortly after being adopted by Angela.

My grandfather, Joseph, turned out to be the biological nephew of his adoptive mother, Angela. His birth father was Angela’s brother, Paul. Angela’s own son tragically died of a ruptured appendix at age 4. Her husband, Ralph, was a merchant ship captain who traveled regularly all over the world, but most commonly between Oakland, CA and Brooklyn, NY.

According to family lore, less than a year after their son’s passing, Ralph mysteriously brought a freckly little boy (my grandpa) home to Oakland with him from Brooklyn, shocking his wife with this child she was suddenly expected to raise. Can you imagine that boat ride, all the way through the Panama Canal, as a confused orphan? And oh the family rumors that started!

Using DNA, we were able to put those rumors to rest. I’m not sure if Angela ever learned the truth– I’m not sure what Ralph told her, whether she even knew she was raising her own brother’s boy. All those years grandpa never asked who his birth parents were because he was afraid of hurting the family’s feelings, and little did he know he was being raised by his aunt the whole time. He probably met or at least wrote to his father without ever knowing it.

I have now met both my great half uncle, whose adoptive name is Bill (born Paul, in honor of his deceased birth father)– he lives in NY– and his son [Tom].

At 69 years old, that was his first time meeting a blood relative. I also connected with two living cousins in their 90s 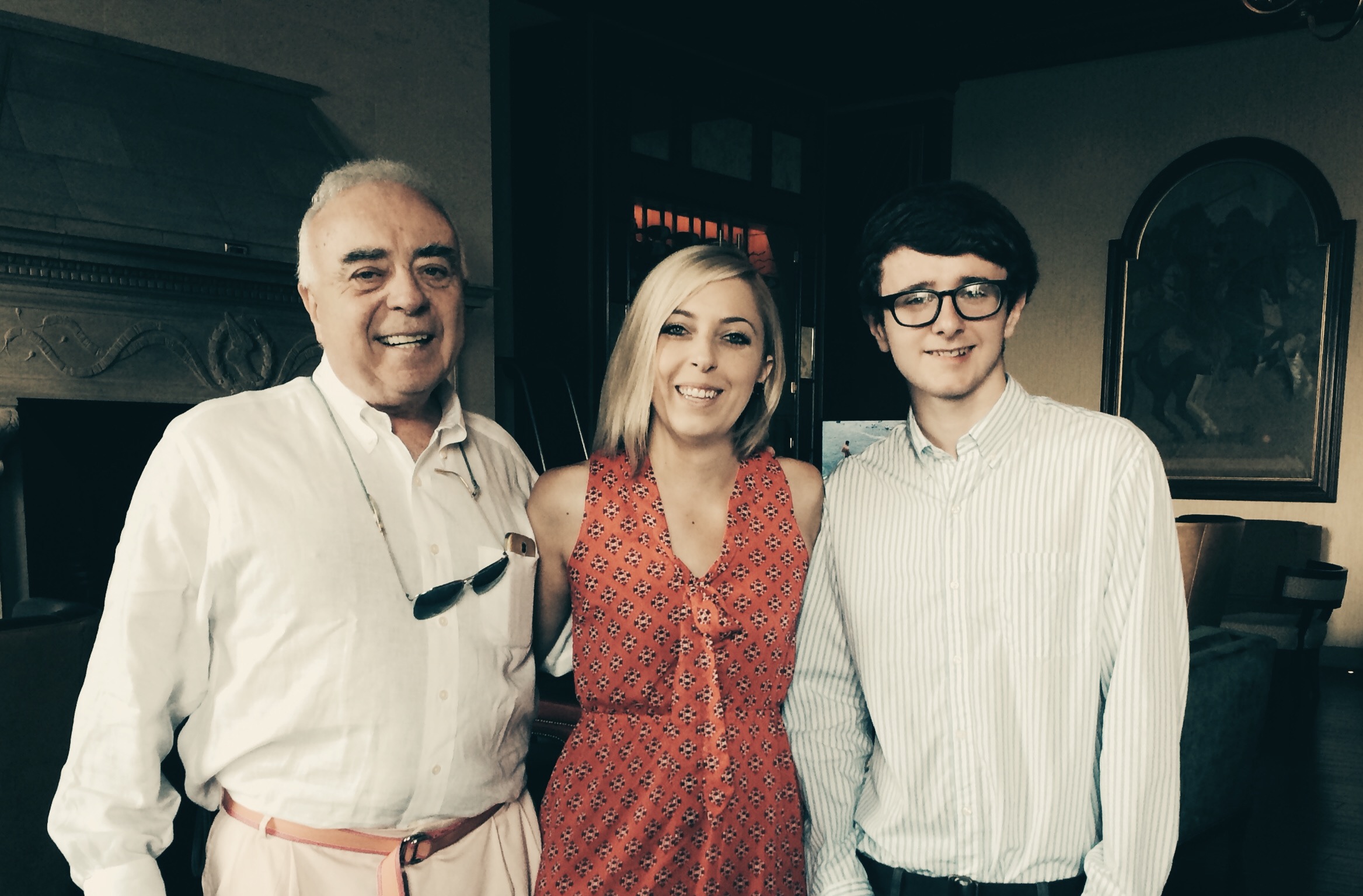 thanks to their very sweet children and nieces. I had photos of them from 1935, standing with my grandfather when he was only four years old, having no idea who they were until I started doing research. 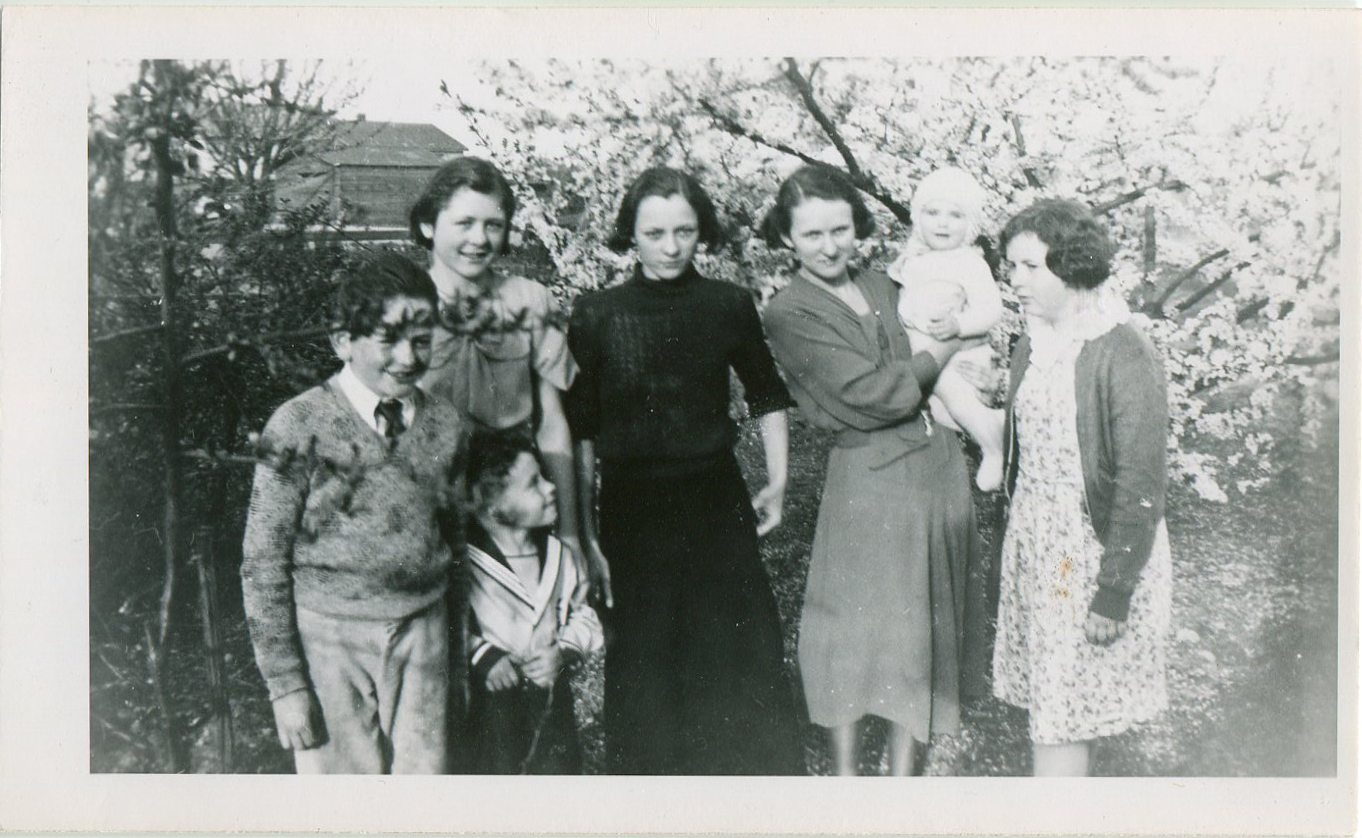 I couldn’t believe they were still around! I was able to meet them last year. I was also able to provide them with photos of their father, as they had only 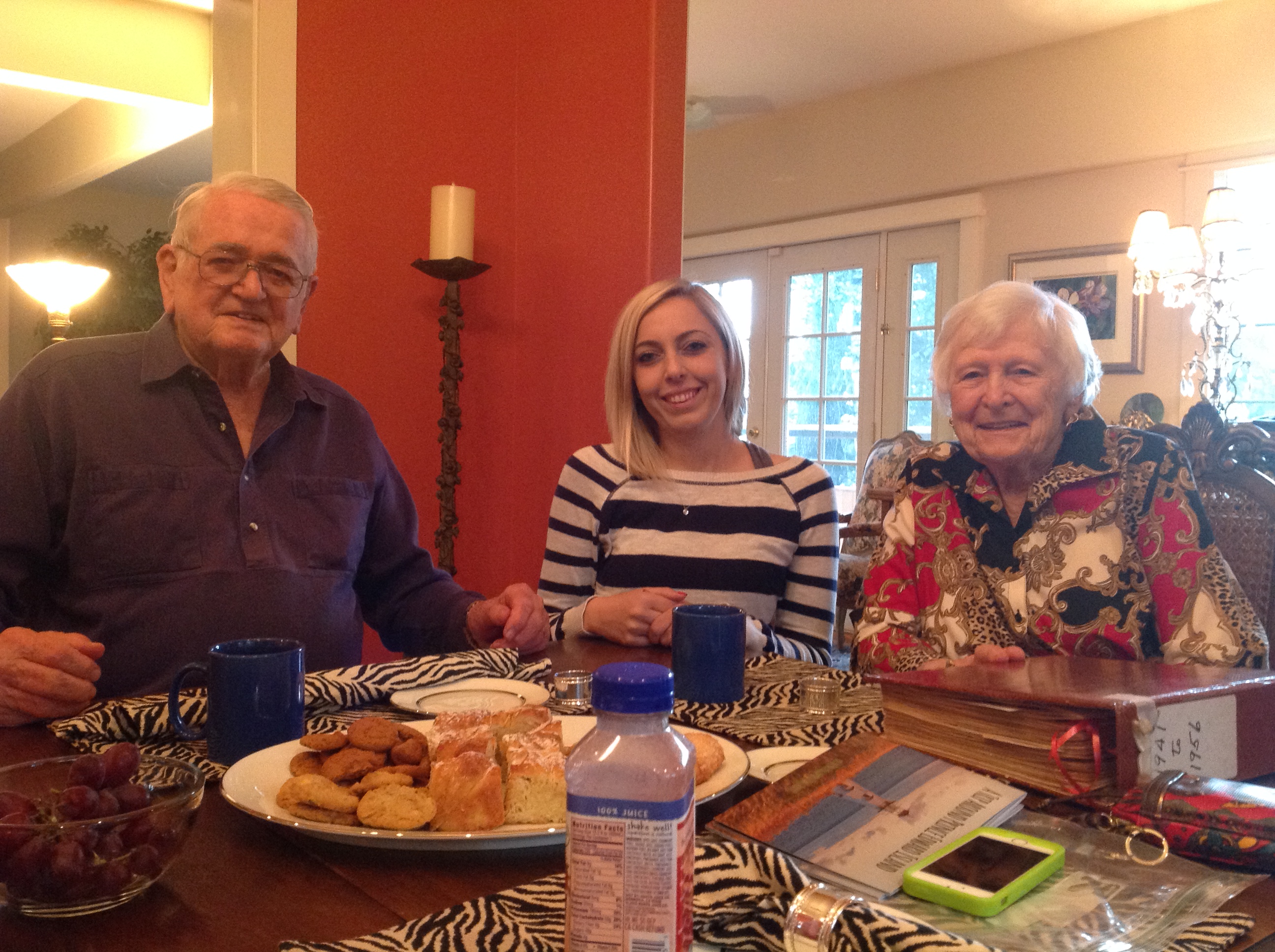 Jack (90, left) and Loretta (93, right) McKinnon meet Katie for the first time in 2015, 80 years after the photo with her grandfather was taken.

a few of their own.

I now send regular emails to the whole reunited family to update them on my genealogy discoveries.

I went on an homage journey to Prince Edward Island, the place my adoptive and birth great grandparents grew up, and was able to lay flowers at the gravestones of our long lost family members. The house they grew up in was still standing. Still being lived in, even!

It was such an amazing discovery after feeling so mysteriously close to that family, to know that it wasn’t all in my head. And to find out I had an uncle still living? Amazing.”

When Katie’s story landed in my inbox, it reminded me how lucky I am that so many of you share your personal, and inspiring stories! Thank you to Katie for giving us permission to share this inspiring story about using DNA for adoption research. You can read more about her family history adventures at her blog called McKinnon Ancestry.

DNA for Adoption Research: Nice to Meet You!