New evidence in a 90 year-old paternity case came to light recently in the form of a DNA test. This one had the unique distinction of involving the president of the United States: Warren G Harding. 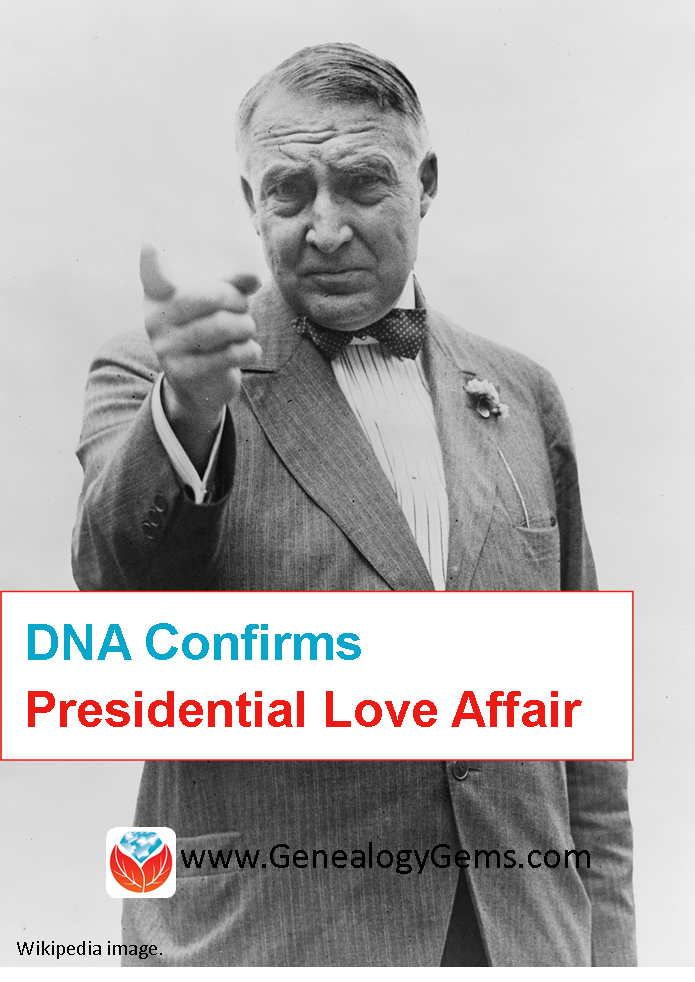 The New York Times recently named former president Warren G Harding (1865-1923) as the father of Elizabeth Ann Blaesing after her son, James Blaesing, and two individuals related to the Hardings, were found to have shared DNA.

Just to be clear, the DNA test results don’t and can’t name a specific relative as the shared source of any two individual’s DNA. Though we would like it to be, it is not DNA in, ancestors name and birth certificate out. The actual report from the testing company was that James Blaesing and Peter and Abigail Harding were second cousins.  This means that the shared ancestral couple for these three has to be among their 4 sets of great grandparents. The DNA alone cannot tell us which set. It was a combination of the DNA and the known genealogy that provided such a high level of confidence in this case.

While there are certainly mixed feelings among members of the Harding family about this new evidence, this is clearly a win for DNA. A man who was thought to have never had children did in fact have one child, and now a grandchild. This preserves a genetic legacy for his family line that might have otherwise been lost.

This is also a clear win for the power of curious descendants and the healing balm of time.  It was actually Harding’s grand niece and grand nephew who instigated the testing out of a pure desire to know the truth.  Time has allowed them this curiosity without threat of scandal and technology has provided the necessary tools to once and for all more fully understand their ancestor and the life he lived.

AncestryDNA declared after this story broke that DNA testing can rewrite history, which may be true.  However, I prefer to think of DNA testing not as white out that can erase false accusations, but rather as a filter that allows you to separate fact from fiction so that history can reflect lives rather than lies.