Hey Kids (and Parents and Grandparents!) Look Who Will be on TLC’s Who Do You Think You Are?

It has recently been announced that the love interest in the hit movie “Elf” and current star of the popular TV series “New Girl” (think “That Girl” 21st century style), Zooey Deschanel will appear in the next season of TLC’s reality television show Who Do you Think You Are. 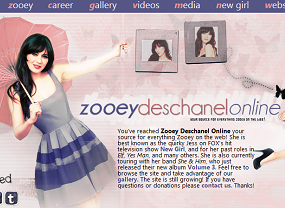 According to Zooey Dechanel Online “The season premiere is set for July 23rd, though not sure when Zooey’s episode will air yet.” Zooey joins the growing list of celebrities signed up to star including Christina Applegate, Cindy Crawford, and Chris O’Donnell.

Even if you aren’t familiar with Zooey, I guarantee your kids are grandkids are. In addition to screen credits, she has a successful music career as part of the group She & Him, her latest album being Volume 3 – She & Him.    If you grew up in the 50’s and 60’s you’ll likely enjoy her warm nostalgic vocals that feature a nod to icons like Loretta Lynn and Patsy Cline, enveloped in a subtle “Spector Wall of Sound” feel. Take a listen for yourself in the following YouTube posting…

I can’t think of a better celeb choice for the reinvented #WDYTYA. She’ll draw the youth while capturing the hearts of the parents and grandparents, achieving a goal family historians so often strive for: bridging the generation gaps for the love of the family tree.