Old newspapers are a treasure trove of genealogy gems for the family historian.  The Chronicling America free online newspaper collection is one I turn to regularly.  Today I unearthed a 100 year old article that provided insight into one of my ancestors person passions.

My family history research has revealed that my Grandma Burkett adored the “picture shows.” She meticulously documented all the moving pictures she went to see starting back in the Silent Film era.  Those pages outlining her visits to the now historic California Theater led me to give silent films a whirl and now I’m hooked!

Last week my husband Bill and I went to see a Buster Keaton double feature at the renovated Stanford Theater complete with the mighty Wurlitzer organ masterfully played by Dennis James. We were floored by the antics Keaton pulled off, some of them absolutely hair raising in their danger and split second timing. 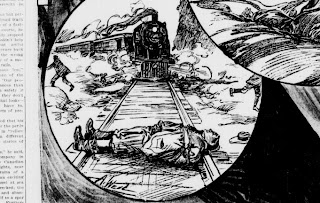 100 years ago today on July 23, 1911 the New York Tribune ran a full page feature declaring “Sometimes It’s a Real Horror That the Film Presents for Your Gaze.” After reading this article I’ll be taking a much closer look at the expressions that cross the faces of the silent stars as they race across the screen.
Old newspapers are an invaluable genealogy source for folks tracing their family tree, and this week the Library of Congress updated Chronicling America to include newspapers from 3 new states added to the program in 2010 and additional coverage for 1836-1859. 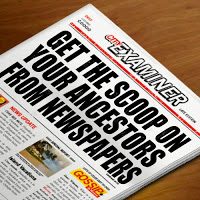 New Mexico, Tennessee, and Vermont are now included with 22 other states and the District of Columbia in Chronicling America’s almost 4 million pages of historic newspaper pages, published between 1836 and 1922.
Become a Genealogy Gems Premium Member and you’ll get access to my 1 hour recorded webinar on Getting the Scoop on Your Ancestors from Old Newspapers.